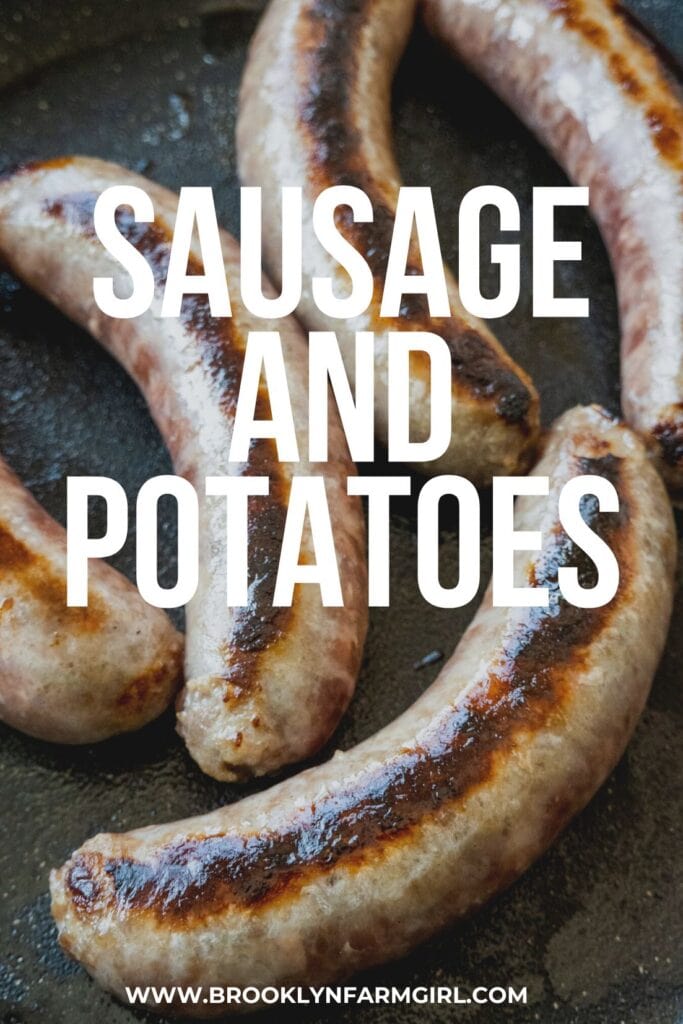 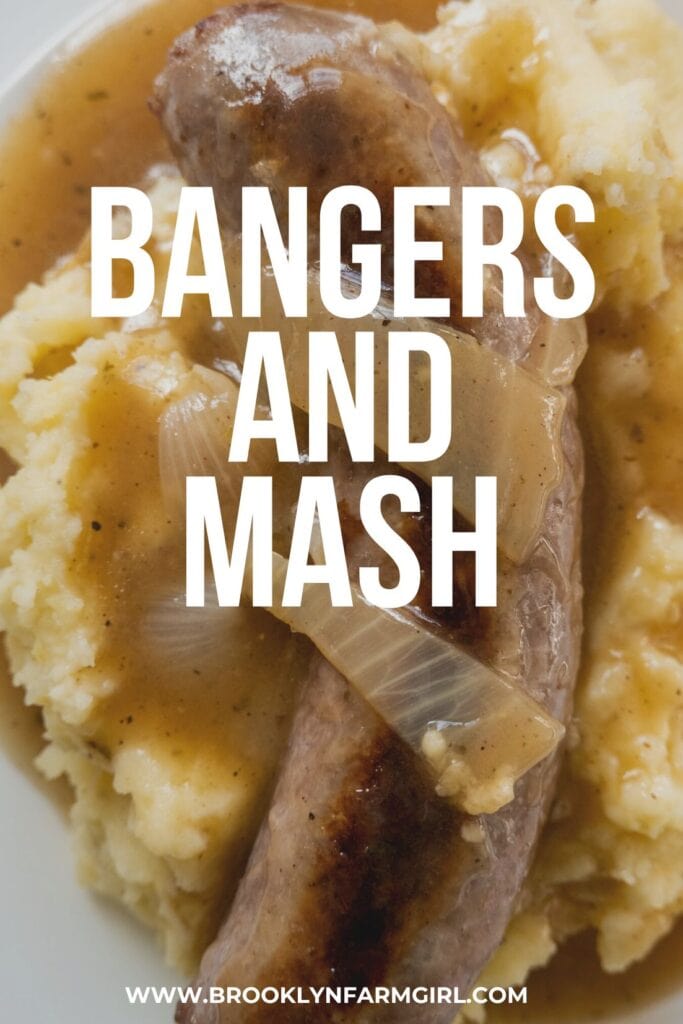 Homemade bangers and mash recipe with beef onion gravy. Brats sausages are served on creamy mashed potatoes with a simple gravy on top! Serve with peas, green beans or corn!

“Mom, can we have sausage and mashed potatoes for dinner again tonight?” – asked by a 5-year-old. That’s how good this meal is!

Bangers and Mash is a British classic made with a creamy mashed potato and a rich onion gravy. Traditional bangers and mash is a classic dish known for being one of Britain’s ultimate comfort foods. It’s known for being a great breakfast paired with eggs, however we prefer serving it for dinner. If you’re making it for dinner, pair it with corn, brussel sprouts, or peas.

There’s nothing quite as comforting as fluffy mashed potatoes with a rich gravy poured on top with a side of mouthwatering sausage. This delicious meal is perfect for the entire family and it only takes a few simple steps. If you’ve never tried bangers and mash before, you’re going to want to change that!

The Best Bangers and Mash Recipe

This is the best bangers and mash recipe because it uses caramelized onions and garlic to make the most flavorful homemade onion gravy. This rich onion gravy poured over mashed potatoes laid next to a couple of sausages is such a comfort food.  The whole family is sure to love it!

How to Make Best Bangers and Mash

Now make the mashed potatoes. Place potatoes in a large pot and boil to cook. When cooked, drain and keep the potatoes in the pot. Add the milk and butter and mash with a potato masher or a hand mixer until smooth.

Next, start the gravy by melting the butter to cook the sliced onions and garlic. Sprinkle flour on top of them, cook, and stir until golden brown.

Slowly add the broth and the remaining ingredients. Bring to a boil and whisk until thick.

Once complete, add the mashed potatoes on a plate with the sausage. Pour the homemade gravy on top. Now, serve and enjoy your delicious bangers and mash!

If stored in an airtight container your bangers and mash can last up to three to four days. To reheat, heat the sausages, mashed potatoes and gravy up in the microwave separately until fully heated.

Want the gravy to be more savory?

Add 1/2 cup of red wine (when you add the beef broth) for a more savory gravy taste.

What does bangers and mash mean in slang?

Bangers and mash means sausage and mashed potatoes. Bangers is a slang term for sausage in the UK.

What is the difference between bangers and sausages?

Bangers and sausages are the same thing. As mentioned above, bangers is the UK slang term for sausage. Sausage was given the nickname ‘bangers’ some time around World War 1 due to the nature of the sausage bursting from its casing like an explosion. This was due to meat shortages so companies would use cheap ingredients instead of real, quality meat. Good quality sausages in the UK were hard to come by during WWI.

What kind of sausage is a banger?

Bangers are typically known as Irish sausage or English sausage. You can use pork sausages (as suggested in this recipe) or any meaty sausages you prefer. There are plenty of flavorful sausages that can easily work with this recipe as well.

If you love this bangers and mash recipe, you will love these other classic dinner recipes! 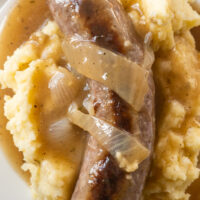 for the bangers (sausage)

for the beef gravy

Course:Main Course
Cuisine:American
Keyword:bangers and mash
Did you make this?I love seeing what you’ve made! Tag me on Instagram at @BrooklynFarmGirl and don’t forget to leave a comment & rating below.