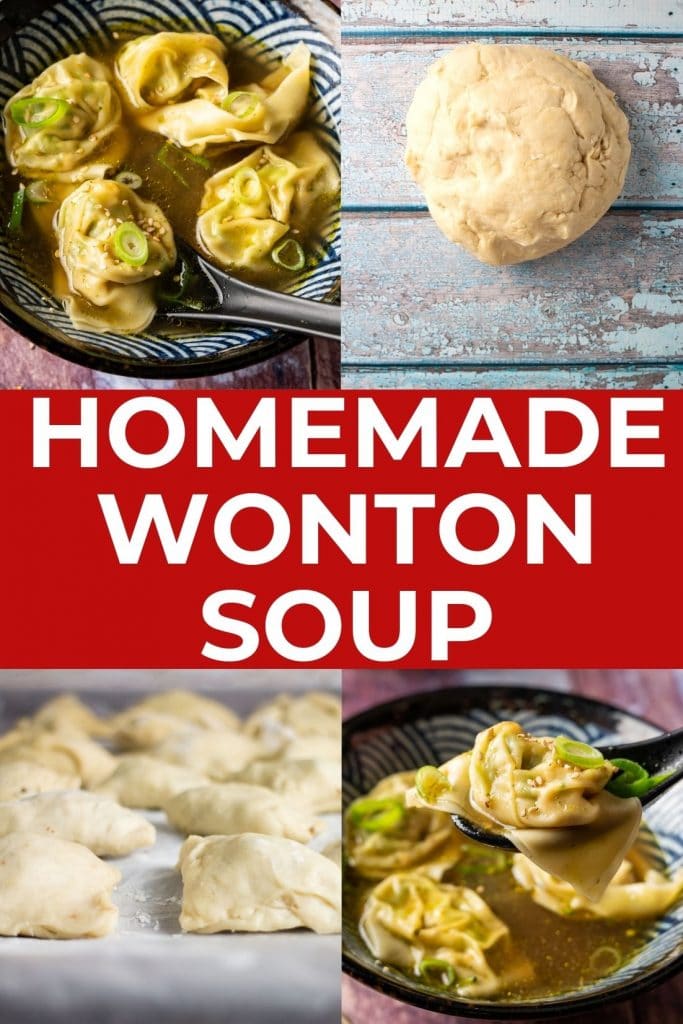 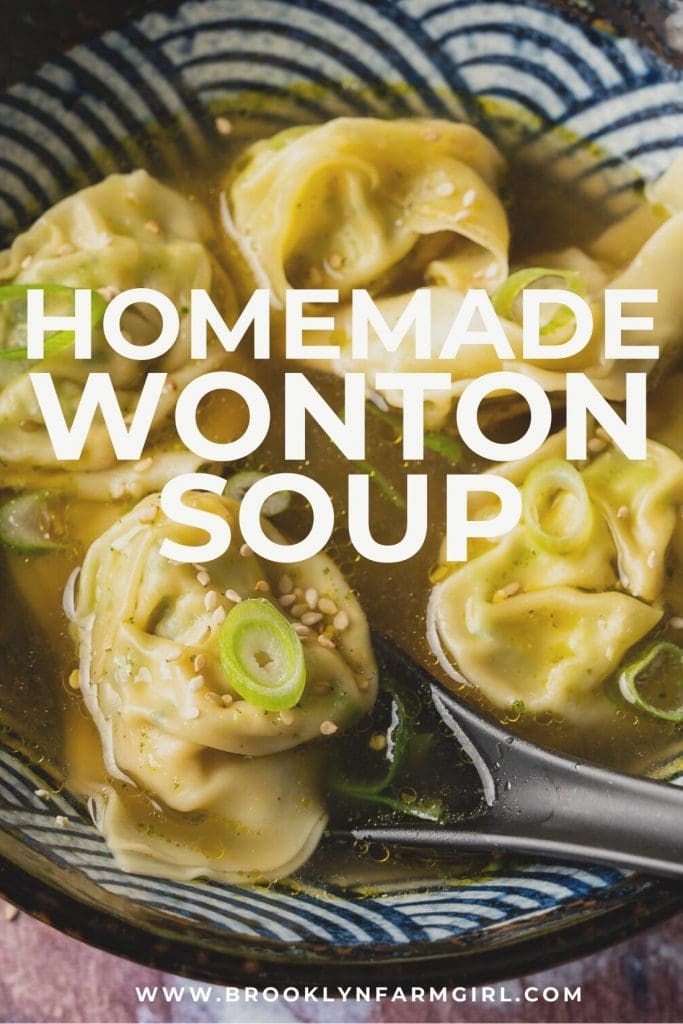 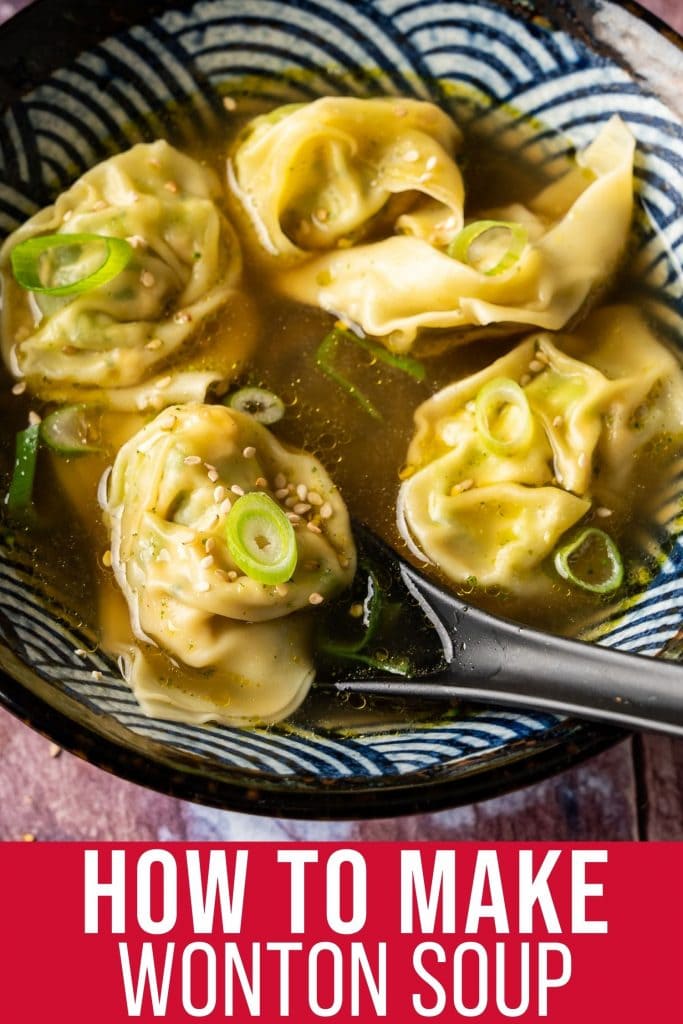 Making Homemade Chinese Wonton Soup is easy! Juicy seasoned pork is stuffed into homemade wonton wrappers before being cooked with chicken broth and vegetables. It’s a filling and savory dinner that tastes better than takeout!

Chinese takeout is always a delicious and time-saving choice on busy nights, but these classic recipes can be so much fun to make at home! Chicken and broccoli , General Tso’s Chicken and General Tso’s cauliflower are some of my favorite dishes to make. When I’m really craving something warm and comforting, I always turn to homemade wonton soup.

Wontons are made by stuffing a seasoned filling into squares of thin dough. They’re cooked to perfection in a simmering broth with as many soup vegetables as you like. In the end, you have a savory and filling Homemade Chinese Wonton Soup!

Making homemade wontons is pretty easy, too! All you need to do is whip up a simple dough and roll it out into small thin squares before adding the precooked meat or vegetable filling. I stuffed mine with seasoned ground pork, but you could use minced oven roasted mushrooms, shredded cabbage, prawns, ground chicken, and more!

Over time, we’ve grown to love making wontons from scratch and rarely get takeout wonton soup anymore. I love the ability to control the ingredients, and I know that we’re not getting too much salt or preservatives inside. I promise you this recipe tastes just like the real deal!

What is wonton soup?

Wonton soup is the Chinese equivalent of Italian ravioli or tortellini. Thin flour dough is wrapped around a seasoned filling before being cooked in a flavorful broth and served as a soup. Although wontons originated in China as street food, they quickly gained popularity all over the world and can be made in hundreds of different ways!

How to make wontons

Making wontons is easier than it looks. They’re made with a simple homemade dough, but if you’re short on time, go with storebought wonton wrappers instead. Here’s how it’s done:

Mix the egg, salt, and water together in a small bowl before pouring the mixture into a large bowl with the flour. Gently stir to combine.

Use your hands to knead the dough in the bowl until it’s smooth and not sticky. Form it into a ball and let it rest for an hour.

Divide the dough ball in half. Roll each half out on a clean surface with a little cornstarch until it’s as thin as you can get it without tearing.

Cut the dough into 3-4 inch squares before adding the filling.

How to make wonton soup

Once you have your wonton wrappers made, all you need to do is add the filling, seal them shut, and cook in a broth. I like using chicken broth, but you can use any soup base you enjoy. Here’s how it’s done:

To store: Homemade cooked wontons will last in the fridge for 3 to 4 days in an airtight container.

To freeze: Place the cooked wontons on a baking sheet lined with parchment and freeze until solid. Then, transfer to a freezer-safe bag or airtight container for up to 4 months.

To reheat: Wontons are best reheated in broth on the stovetop at a slow simmer. You can also add them to a skillet with a bit of broth or water to steam them through until reheated.

How to Make Wonton Soup

Course:Main Course, Soup
Cuisine:Chinese
Keyword:homemade wonton soup
Did you make this?I love seeing what you’ve made! Tag me on Instagram at @BrooklynFarmGirl and don’t forget to leave a comment & rating below.