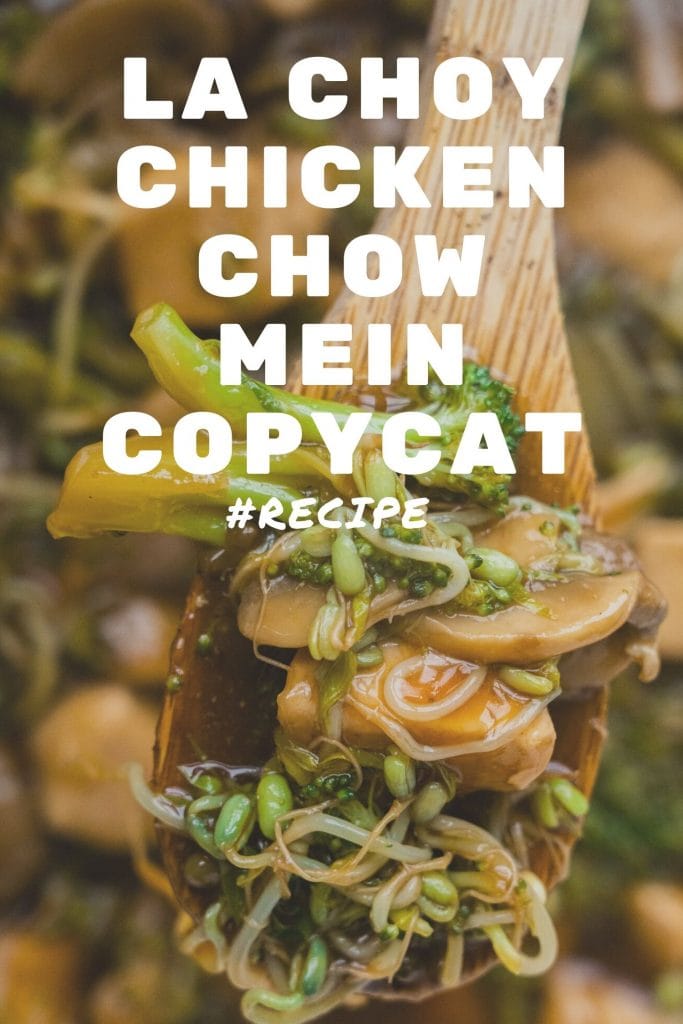 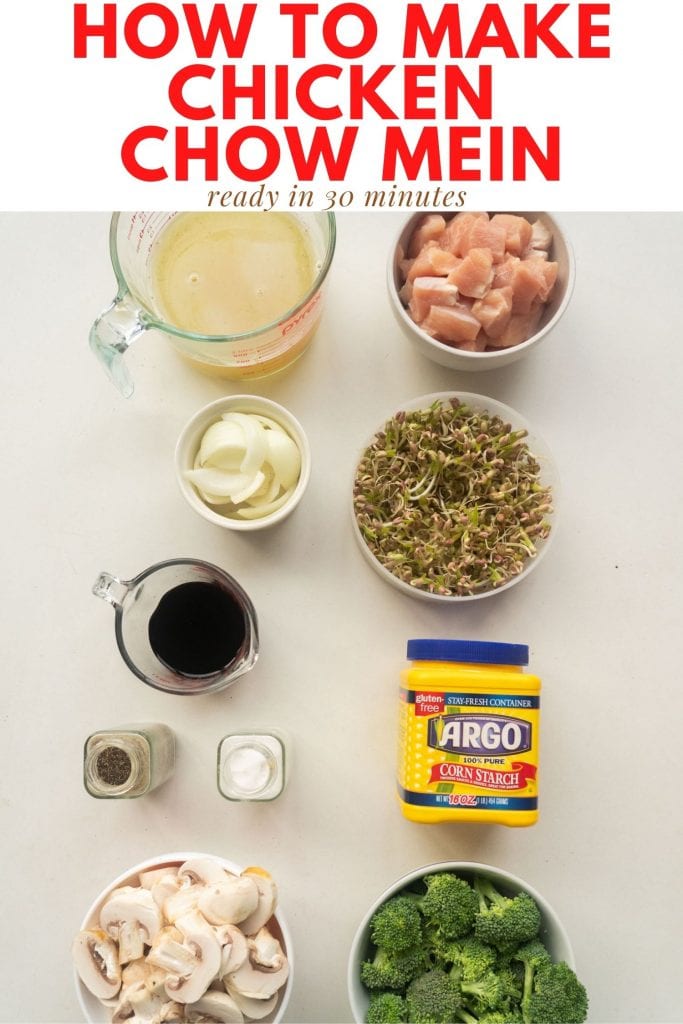 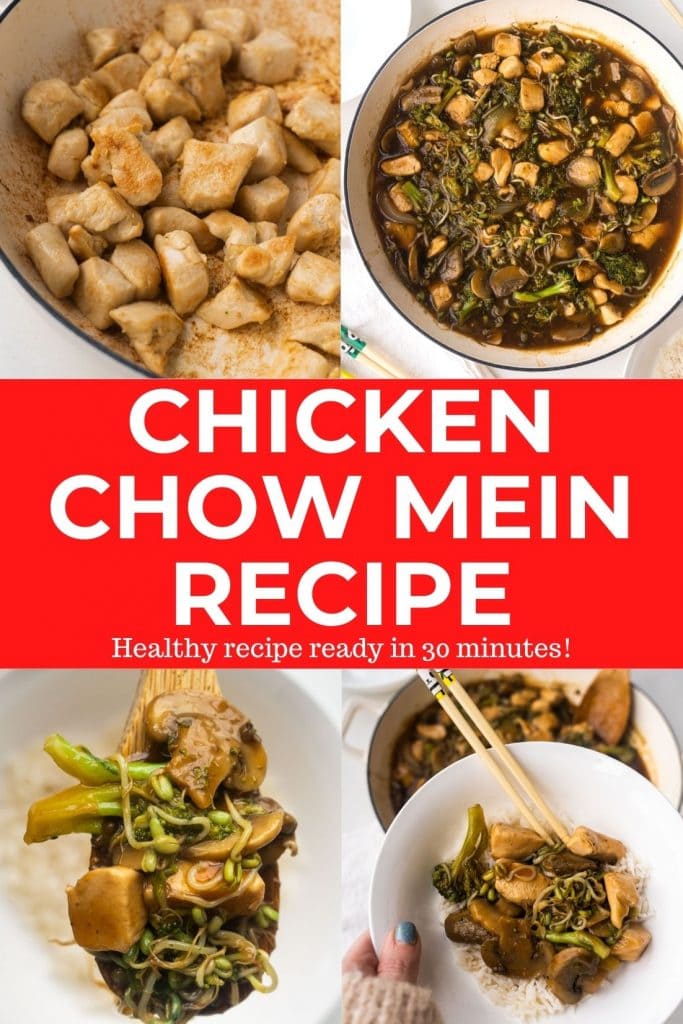 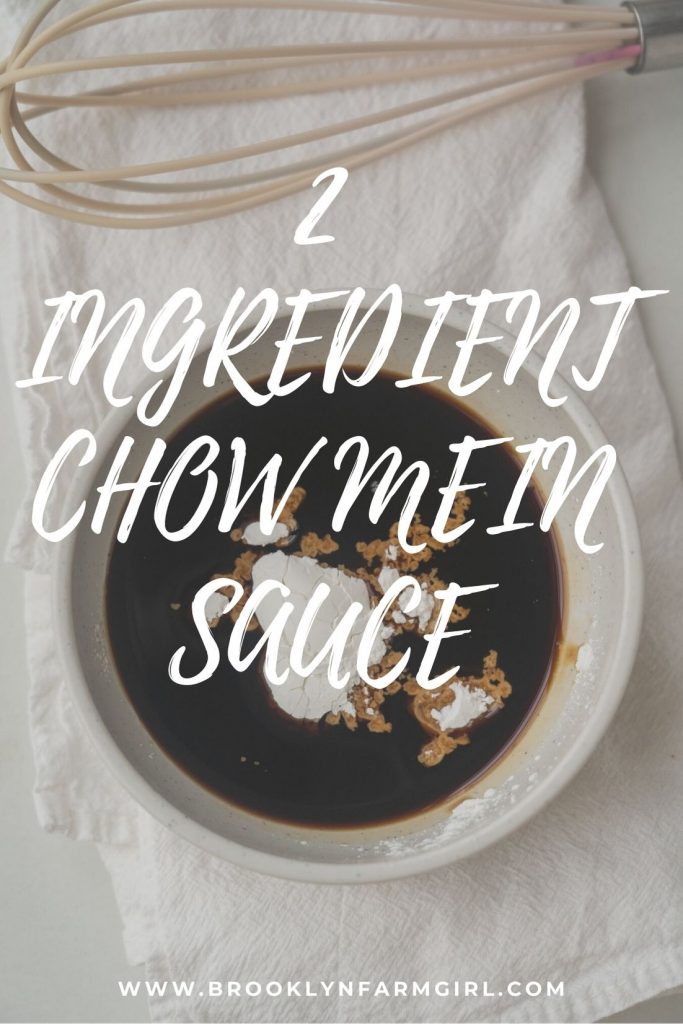 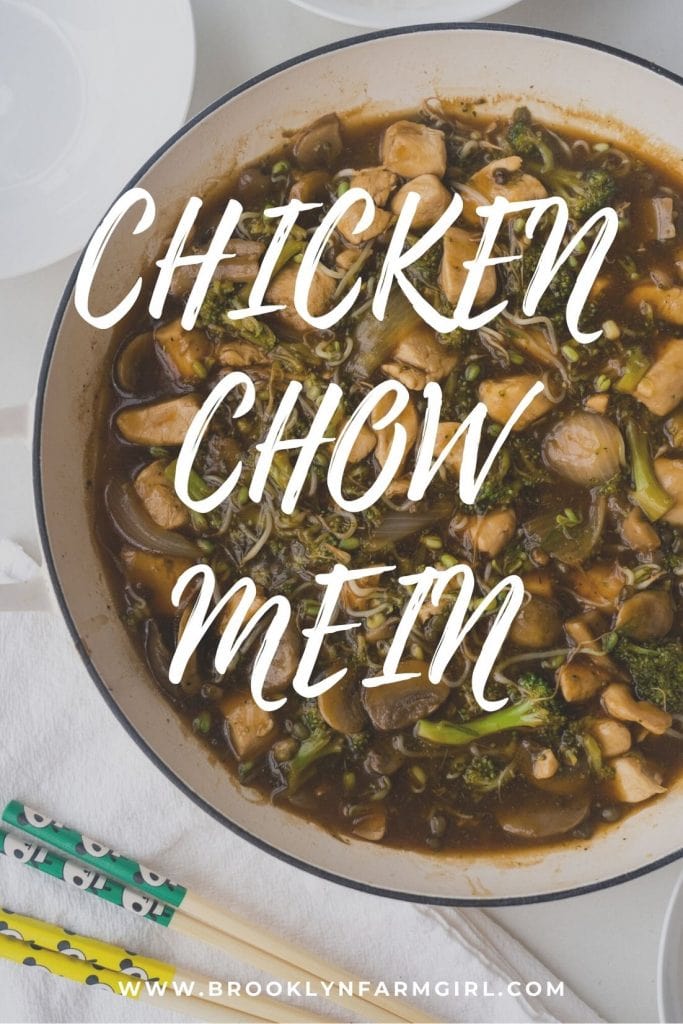 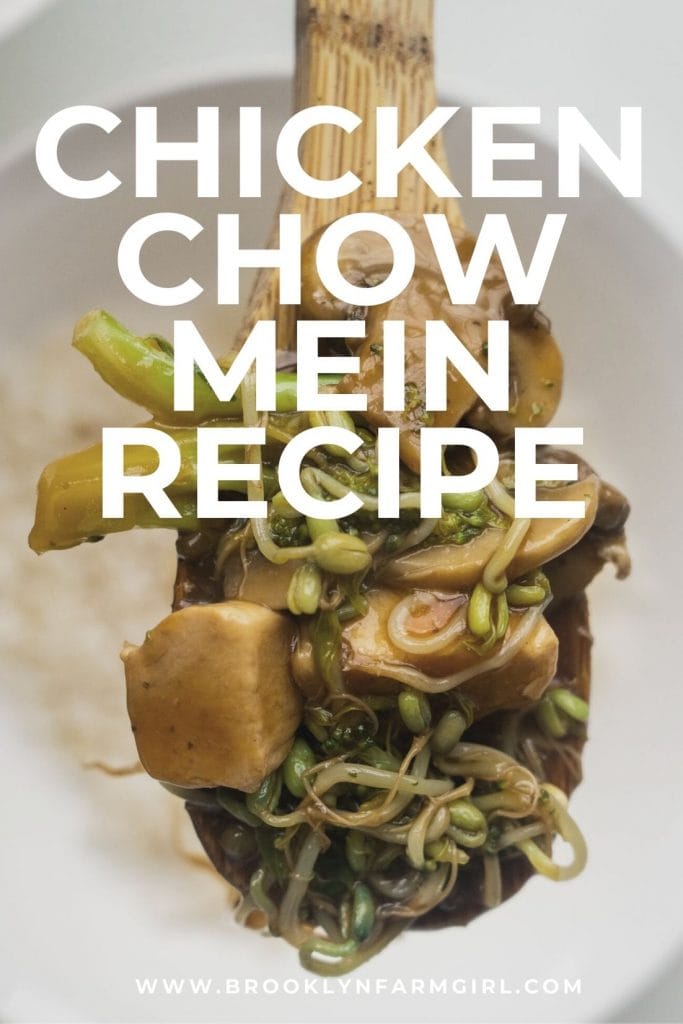 A easy to make Chicken Chow Mein recipe that is better than Chinese takeout. This healthy 30 minute dish is made with chicken, vegetables, bean sprouts and soy sauce. Tastes just like La Choy Chicken Chow Mein that you ate as a kid!

You’re going to love that not only is this Chicken Chow Mein recipe delicious, but it’s so easy to put together. In less than 30 minutes you’ll have a homemade meal to serve to your family.

If you grew up eating cans of La Choy Chicken Chow Mein, this tastes pretty much exactly like it, but even better since you’re making it in your kitchen with basic ingredients.

What is chicken chow mein made of?

Chicken Chow Mein is a traditional Chinese dish made with chicken, stir-fried veggies and a tasty sauce made from soy sauce. It’s often made with onions, mushrooms and bean sprouts, but you can add additional vegetables if you want. It’s commonly served over white rice and crunchy noodles.

Here’s everything you need:

How to Make Chow Mein

Brown your chicken in a large skillet, this takes about 10 minutes.

Add onions and mushrooms and cook for 5 more minutes, or until onions are lightly browned. Don’t love mushrooms? You can skip them. You can also add celery and carrots if you’d like!

Add chicken broth, broccoli, salt and pepper. Bring to a boil, cover and simmer for 15 minutes.

Add soy sauce/cornstarch mixture into skillet, along with bean sprouts. Tip: Want to grow your own bean sprouts? Look for a how to grow bean sprouts post coming soon!

Serve over cooked rice and crunchy noodles! I hope you enjoy this homemade Chicken Chow Mein as much as I do!

What is chow mein sauce made of?

This is a simple chow mein sauce only made from 2 ingredients, soy sauce and cornstarch. You’ll want to stir them together in a bowl, making sure the cornstarch completely dissolves before pouring it into the pan with the chicken and vegetables.

What can I use besides chicken?

If you’re out of chicken you can use boneless pork chops,  or pork loin roast. If you want to make this dish vegetarian fry up some tofu and use vegetable broth instead of chicken broth.

Can I make Chicken Chow Mein in the Crockpot?

Yes you can! Brown the chicken in a skillet, and then add all the ingredients into the crockpot.  The only change you need to make is to add 3 cups of chicken broth instead of 2.   Cook on LOW for 2.5 hours, or until chicken is fully cooked.

Is chicken chow mein healthy for you?

Because this Chow Mein dish is homemade, made with basic ingredients and lots of vegetables, this is a definitely a healthier option than ordering out. This Chicken Chow Mein recipe is only 450 calories per serving.

Chinese takeout often use lots of oil, but this recipe only calls for 2 tablespoons of oil and that’s just for frying up the chicken, onion and mushrooms! 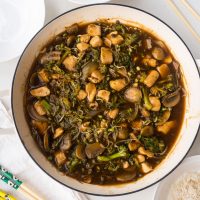 Calories: 450kcal (23%)
Course:Main Course
Cuisine:American
Keyword:chicken chow mein
Did you make this?I love seeing what you’ve made! Tag me on Instagram at @BrooklynFarmGirl and don’t forget to leave a comment & rating below.