The BEST Black Bean Brownies recipe – healthy, vegan, gluten free and really easy to make! These moist brownies are made with canned black beans and peanut butter making them extra fudgy. I love how simple they are to make and how much kids and adults both love them!

You know I only share the best with you guys, right? So you totally have to believe me that this Black Bean Brownies Recipe is what brownie dreams are made out of! 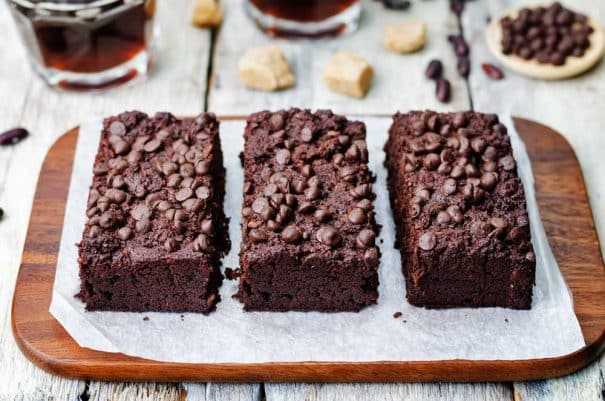 We finished these brownies in 2 days.  I went into the brownie box (what, you don’t have a brownie box?) for one and there was no more left.  My hands started to shake, “Matthew, did you eat the last brownie?!” I shouted.  He said yes.  My night was destroyed.   The next day I made another batch.  These brownies are THAT GOOD.

I love these brownies because they are so fudgy and chocolate ooey gooey.  They’re soft, they’re moist and because they are made with black beans and oats, I’m totally going to call them healthy too.   What? This is my blog and I’m allowed to do what I want!

No but in all seriousness, why don’t people think of black beans when they make dessert recipes?  Is it because they aren’t brightly colored like so many fruits and vegetables are?  I’m not sure, but I can tell you I love them and they make the perfect partner with chocolate brownies. 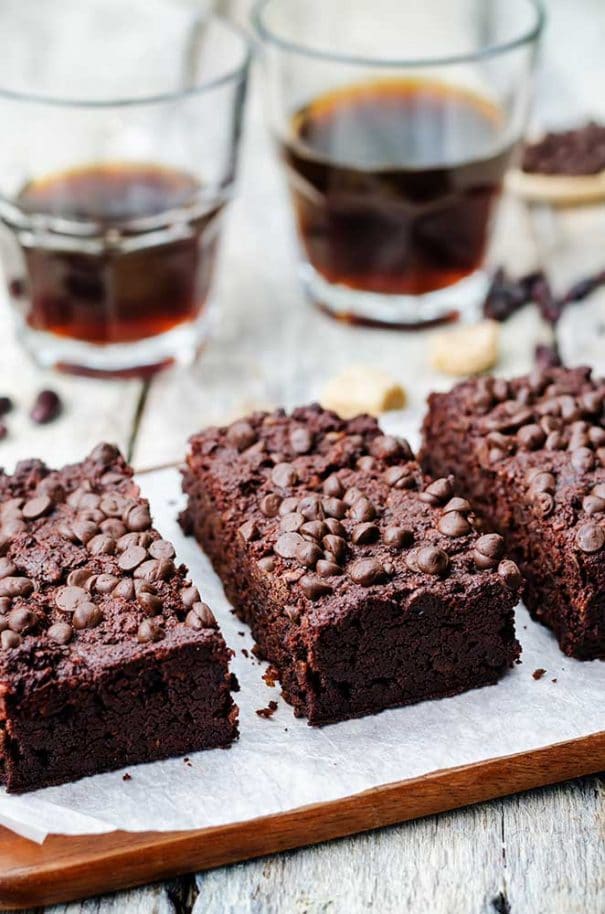 Even though these are made with a whole can of black beans, they taste like pretty traditional chocolate brownies.  With the addition of peanut butter to the recipe, it makes a delicious fudgy soft brownie.  These brownies are so easy to make too!

How to Make Black Bean Brownies

Here’s the ingredients you need: 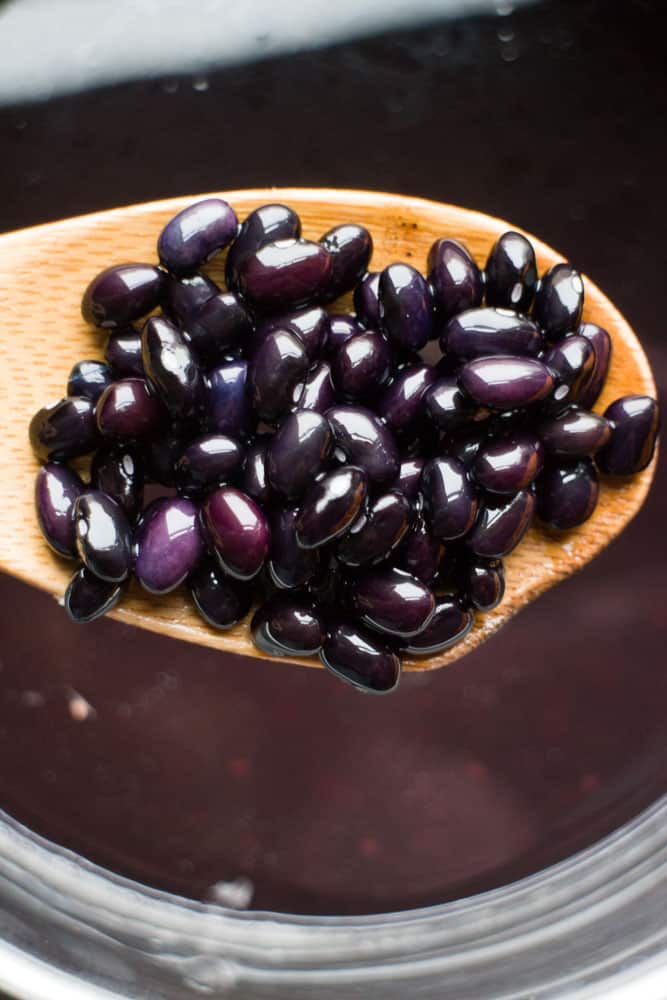 You’re pretty much going to throw everything in the food processor (except the chocolate chips) and your brownie batter will be ready for you!   I told you these brownies were easy to make!

If you’ve never had a black bean brownie, you have to trust me in that they are amazing.  You won’t even be able to tell there’s black beans to be honest and you don’t even have to tell anyone they’re made with black beans… until after they finish and tell you how delicious they are, then you can giggle and raise your hands triumphantly in the air and shout “THEY ARE MADE WITH BLACK BEANS!”. 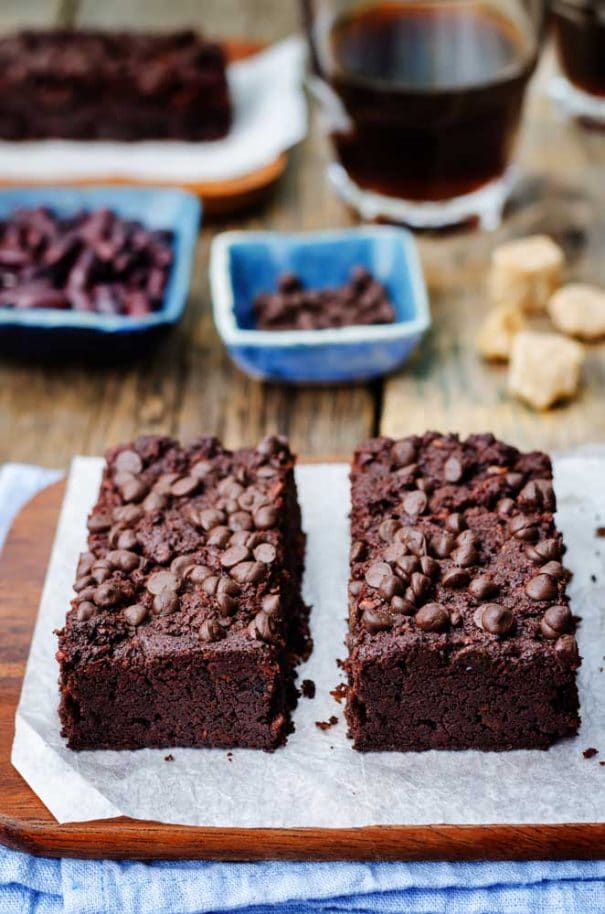 A few years ago I sent my Father black bean brownies in the mail.  I just told him they were chocolate brownies because I know if I would have mentioned the ingredients he would eyed me evilly.  Well after he finished a batch and declared his love for these delicious treats, then I gave him the 1-2-3 punch of “THEY ARE MADE WITH BLACK BEANS!”.  It never gets old.

Goodness, I really love these brownies.

These brownies are the best.

Can you freeze brownies?

If you’re looking for a brownie you can freeze, you can totally freeze these too!  I like to cut them up into single serving squares and them add them to freezer bags.  Whenever I’m hungry for a brownie, you can pop one out of the freezer and throw in the microwave for a few seconds.

Hope you enjoy these Fudgy Black Bean Brownies as much as I do! 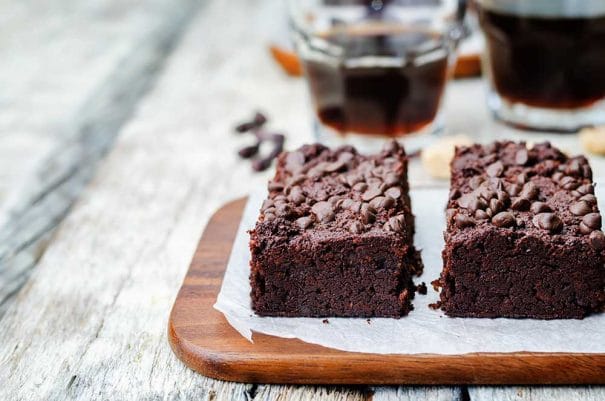 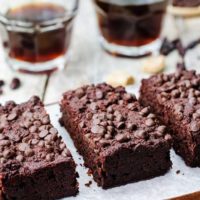 Print
The BEST Black Bean Brownies recipe - healthy, vegan, gluten free and really easy to make! These moist brownies are made with canned black beans and peanut butter making them extra fudgy. I love how simple they are to make and how much kids and adults both love them!

Calories: 250kcal (13%)
Course:Dessert
Cuisine:American
Keyword:black bean brownies
Did you make this?I love seeing what you’ve made! Tag me on Instagram at @BrooklynFarmGirl and don’t forget to leave a comment & rating below.