Easy to make Diet Coke Brownies recipe that only requires 3 ingredients. These chocolate brownies are so fudgy!

I made these brownies over the weekend and they were a giant hit.  We’re talking fighting over crumbs.  We’re talking pushing and shoving in the kitchen (but softly). We’re talking every woman and man for themselves.  Can you believe that such brownie grabbing would be caused by 3 simple ingredients? 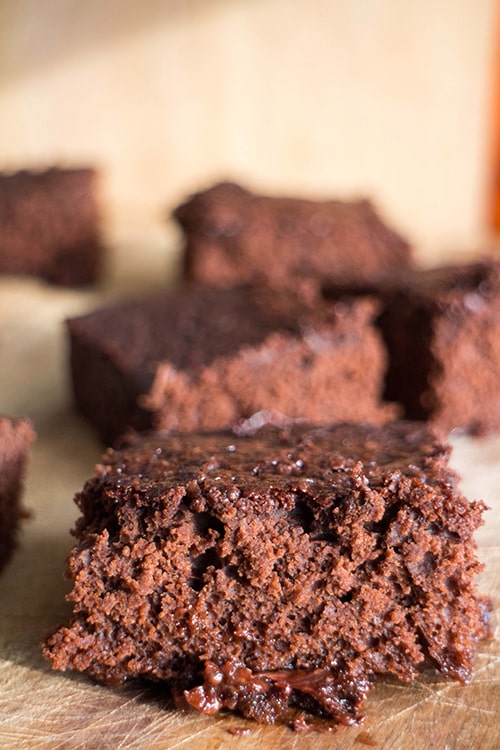 How to Make Brownies With Diet Coke

You’ll mix your diet coke, brownie mix and chocolate chips in a bowl until combined. Even though the cake box calls for other ingredients, you can ignore those. You will only need 3 ingredients for this recipe.

Grab a 9×9 pan and spray with nonstick spray. Then pour the brownie mix into the pan. 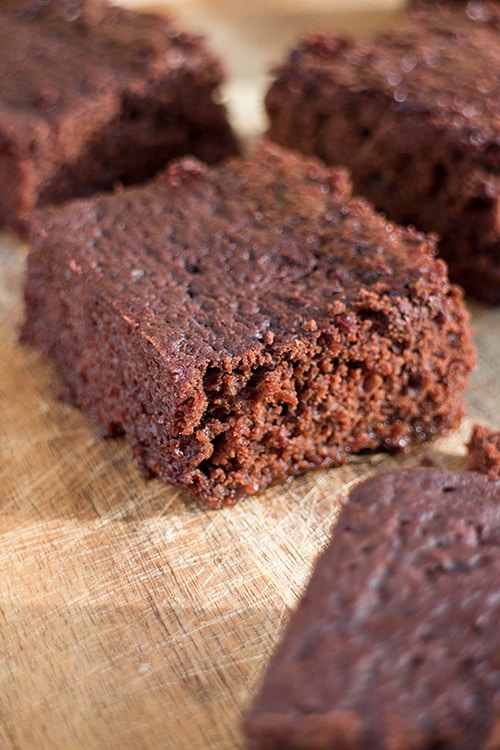 Into the oven it goes for about 45 minutes, or until a toothpick comes out clean. Allow to cool before cutting into them and serving.

I prefer these brownies without frosting because I think they’re fudgy enough, but if you want to add chocolate frosting on top – go for it!

And when you mix it all together it’s like a science project but no cool looking since goggles are needed. 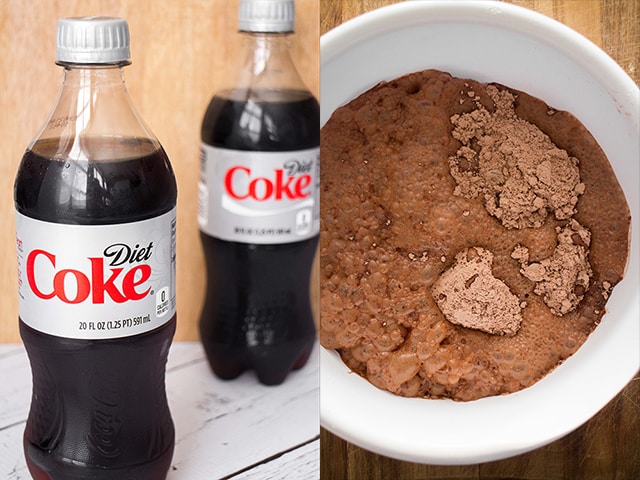 I love how easy these brownies are to make, but I especially love how fudgy and delicious they are to bite into! 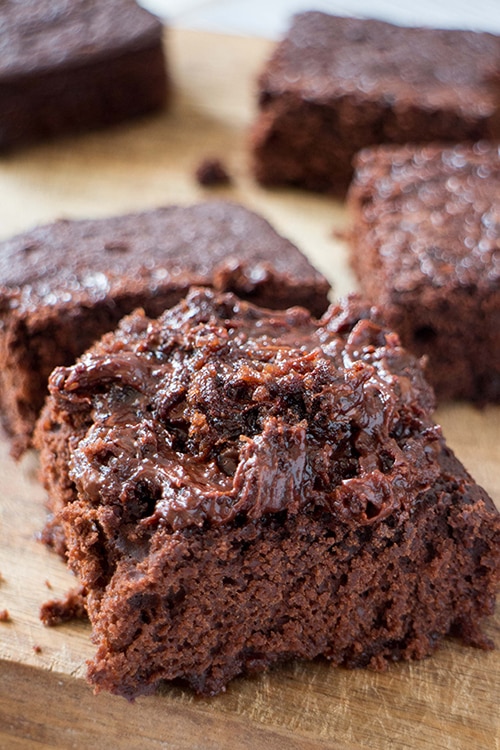 Also if you want to go super wild, you can turn these into Cherry Diet Coke Chocolate Brownies by adding 1 teaspoon of maraschino cherry juice into the batter.  You’ll get a little kick of cherry taste, just like Cherry Coke! 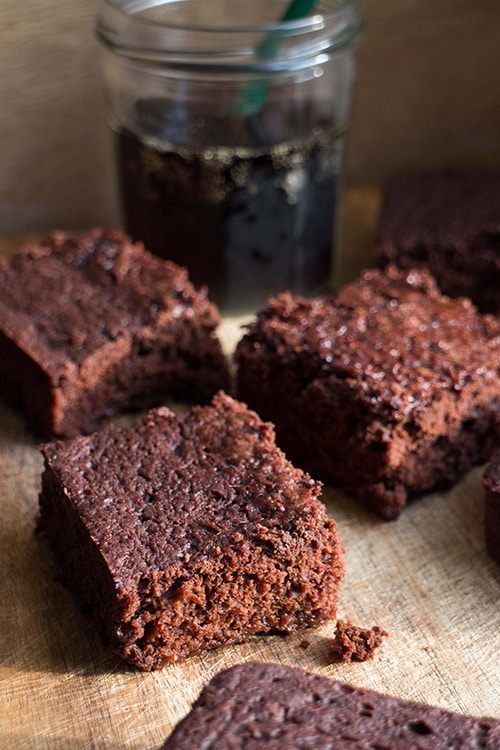 I hope you enjoy these Diet Coke brownies! 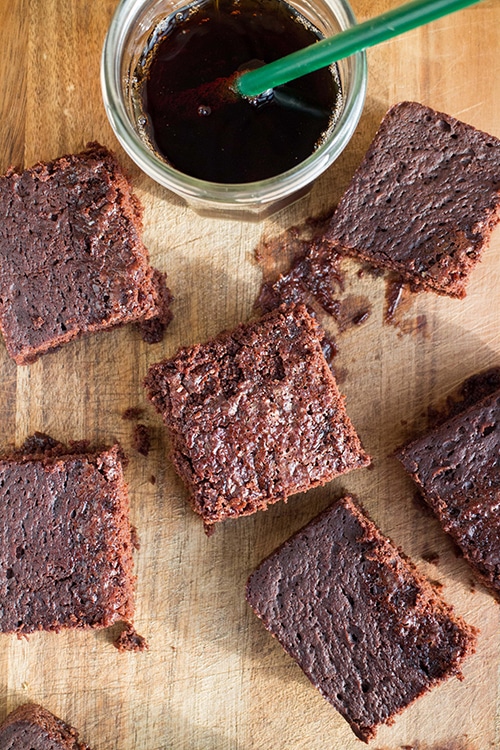 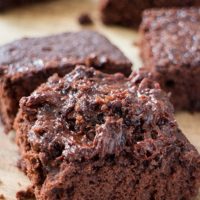 If you'd like to make these "Cherry" flavored add 1 teaspoon maraschino cherry juice.

Calories: 230kcal (12%)
Course:Dessert
Cuisine:American
Did you make this?I love seeing what you’ve made! Tag me on Instagram at @BrooklynFarmGirl and don’t forget to leave a comment & rating below.