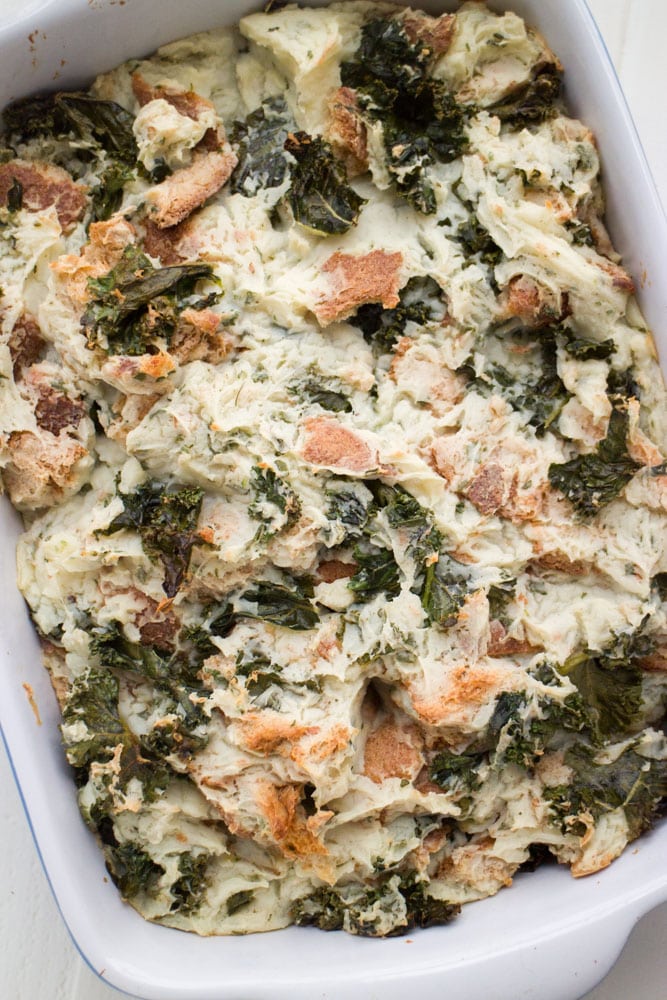 Today we’re talking about stuffing, because Thanksgiving will be here before you know it! The possibilities are endless with stuffing and I’m such a huge fan of it. I love playing around with stuffing recipes and creating new and tasty versions. I’ve shared my Amish Potato Stuffing and Cheesy Broccoli Stuffing Casserole before, but I wanted to share with you my current favorite side dish, Potato Kale Stuffing.

This recipe uses my Amish Potato Stuffing as a base, but I threw in kale to add some greens. Since the dish has a whopping 4 cups of kale in it, you don’t even need to make an extra vegetable to serve at dinner.

This is the perfect side dish to pair with turkey, chicken or pork chops for a complete meal. It’s also a great dish to serve for large potluck parties. Of course it’s always a hit for Thanksgiving, but it would even be great to serve for the Big Game! It’s super tasty and satisfying, so a small serving of it goes a long way. 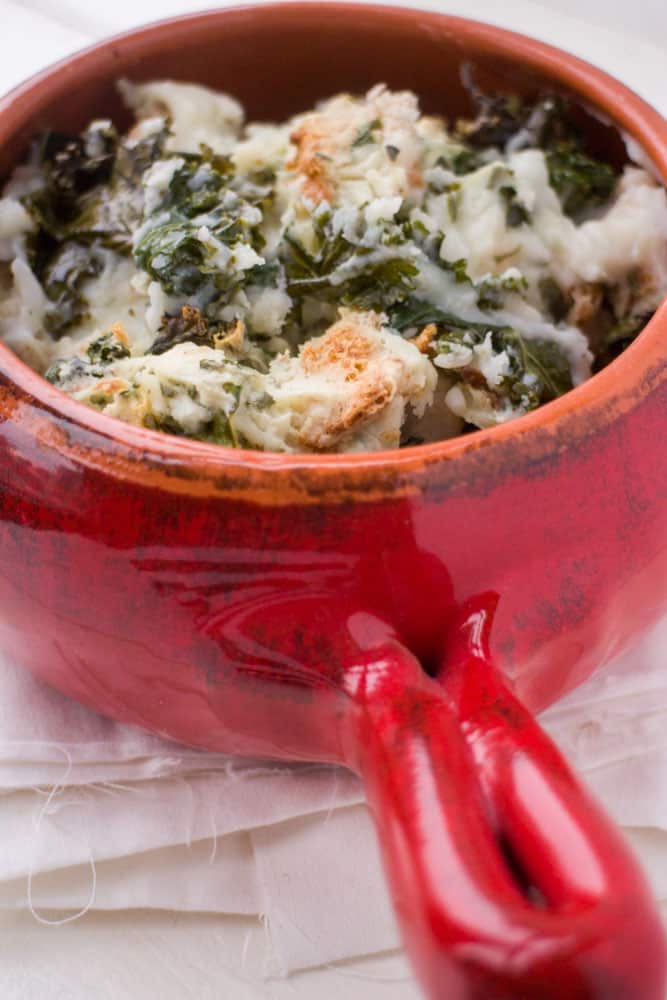 What Is The Difference Between Stuffing And Dressing?

I always use the term stuffing, not dressing. So what’s the difference between the two? Not a whole lot, it’s mostly a regional preference as to whether you call it stuffing or dressing.

This stuffing recipe is super simple and you’ll only need 5 ingredients, not including spices. Aside from some butter, an onion, whole wheat bread, and some dry seasonings; you’ll need two essential ingredients to make this recipe.

First up, to make this stuffing super easy we’re using instant potatoes instead of having to wait to boil and mash potatoes. I used 2 bags of Idaho Spuds Roasted Garlic flavor potatoes because I love that extra garlic taste, but you can use any flavor of instant potatoes you like. 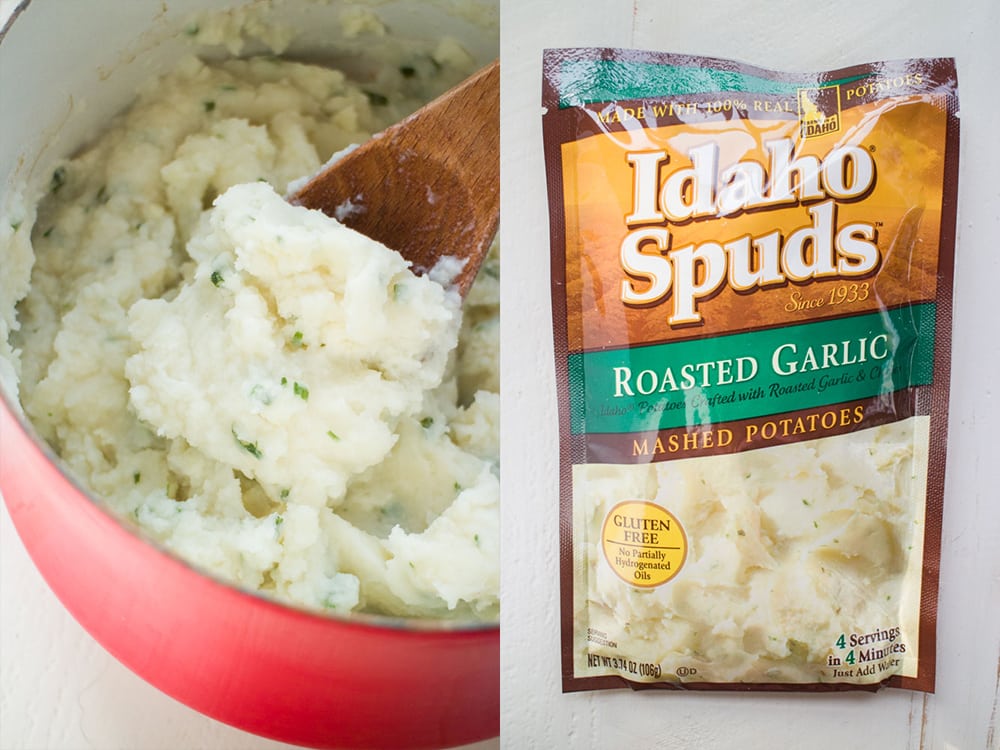 The second essential ingredient needed is kale. And in case you’ve never tried it before, potatoes and kale make the best partners! Maybe you remember this simple dish I posted? Yup, as you can see I’m still a big fan of potatoes and kale! Thankfully, even though it can be a brutal Winter, we still have kale growing in the greenhouse! 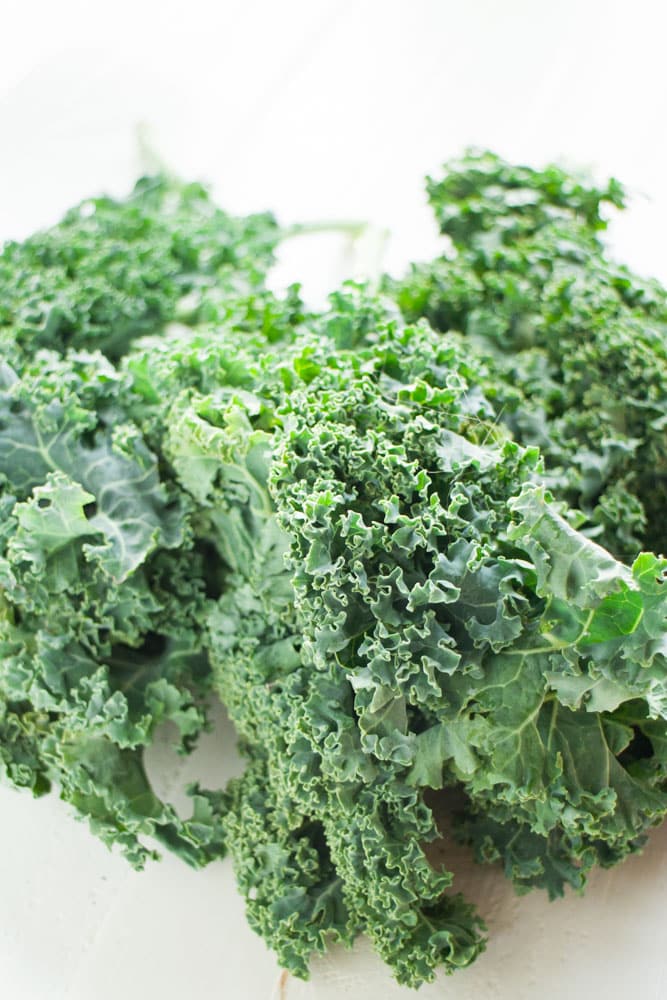 How to Make Potato Kale Stuffing

Nothing too fancy here. This recipe could not be easier! Start by preheating your oven to 350 degrees Fahrenheit.

In a large skillet, sauté the onion and kale in butter over medium heat for about 10 minutes and until the kale is wilted.

Then, remove the skillet from the heat and stir in potatoes, bread, sage, parsley and salt + pepper.

Pour stuffing mixture into a medium-sized casserole dish. Bake, uncovered for 50-60 minutes or until the top is slightly browned and crisp. Serve and enjoy. 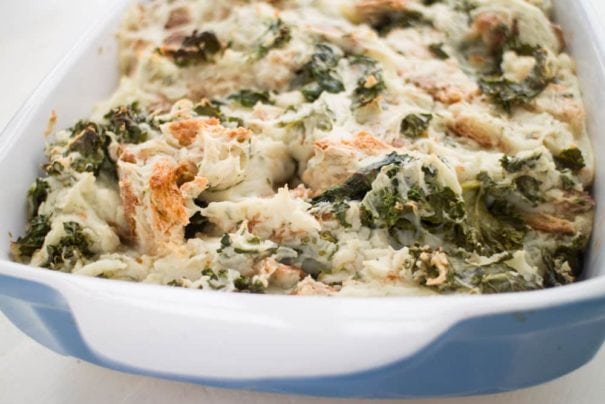 Can You Make This Potato Kale Stuffing In Advance?

Yes, you can make this stuffing recipe ahead of time. Assemble this whole recipe, cover it with foil, and place it in the fridge for up to 8 hours before you plan to bake it. You may need to add more bake time to compensate for starting with a cold dish. 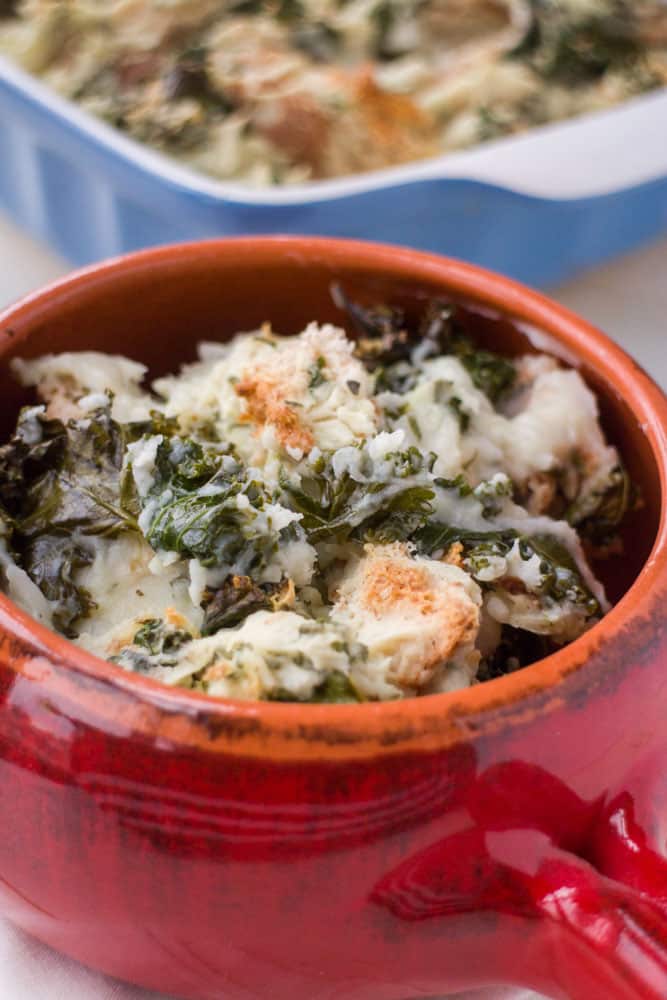 Next time you need a comforting side dish, or want to try a new stuffing for Thanksgiving, try this Potato Kale Stuffing recipe!

And Enjoy These Other Thanksgiving Sides!

Did you make and love this recipe? Give it your review below! 👇 And make sure to share your creations by tagging me or using the hashtag #brooklynfarmgirl on Instagram! 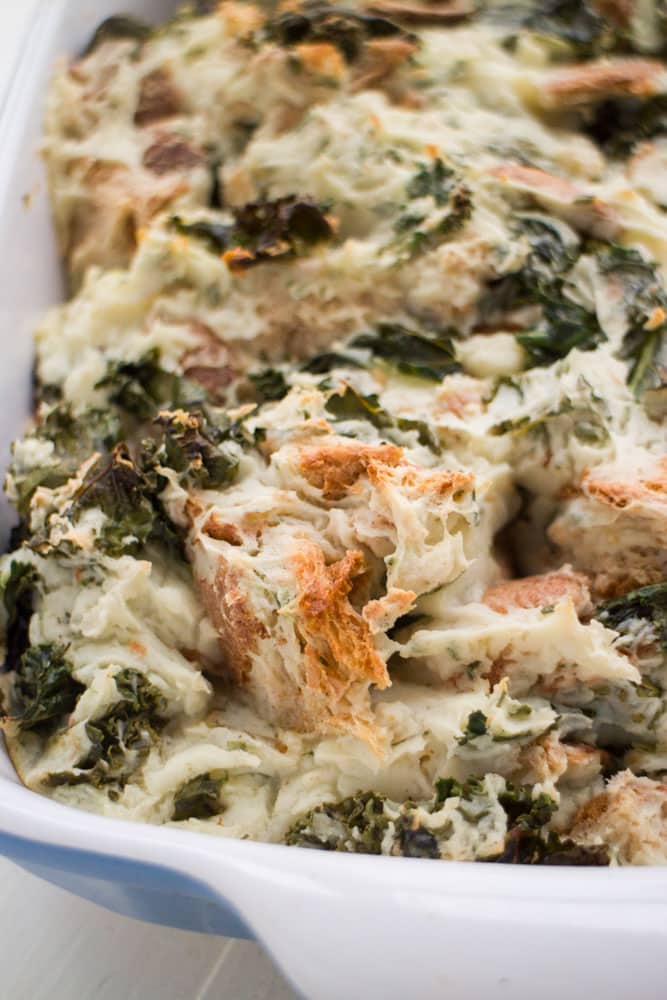 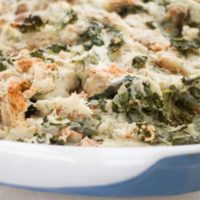 Course:Side Dish
Cuisine:American
Keyword:kale stuffing
Did you make this?I love seeing what you’ve made! Tag me on Instagram at @BrooklynFarmGirl and don’t forget to leave a comment & rating below.