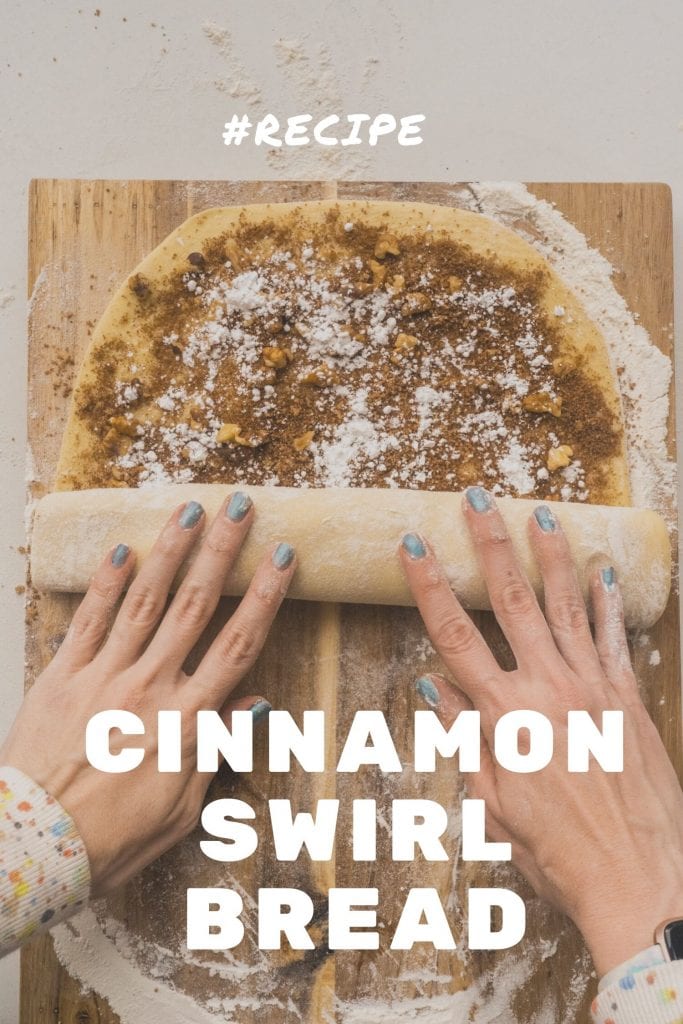 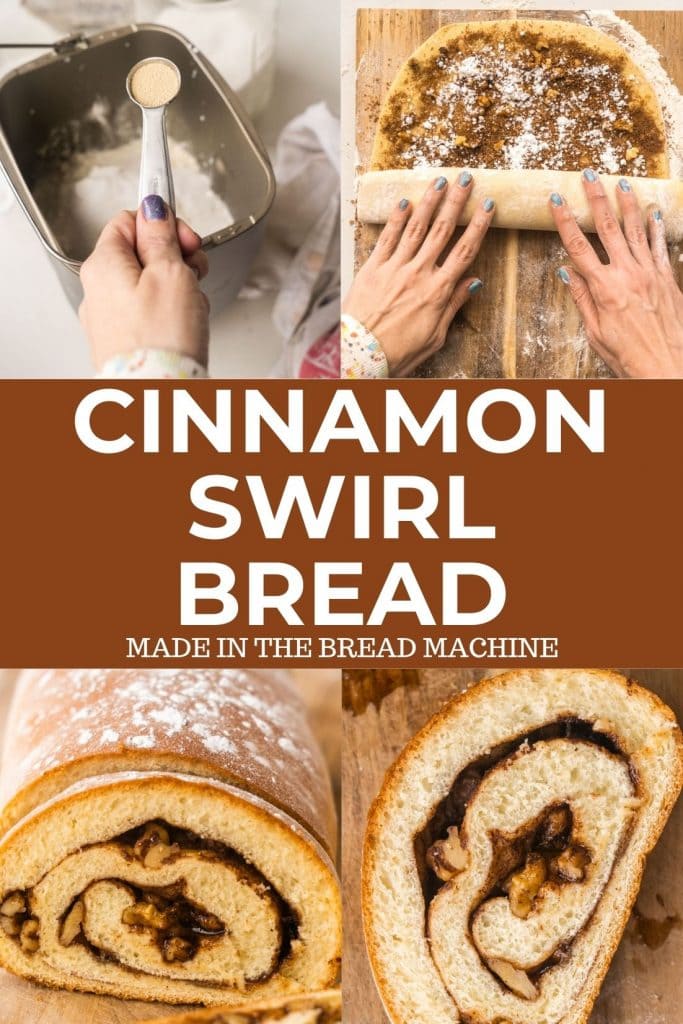 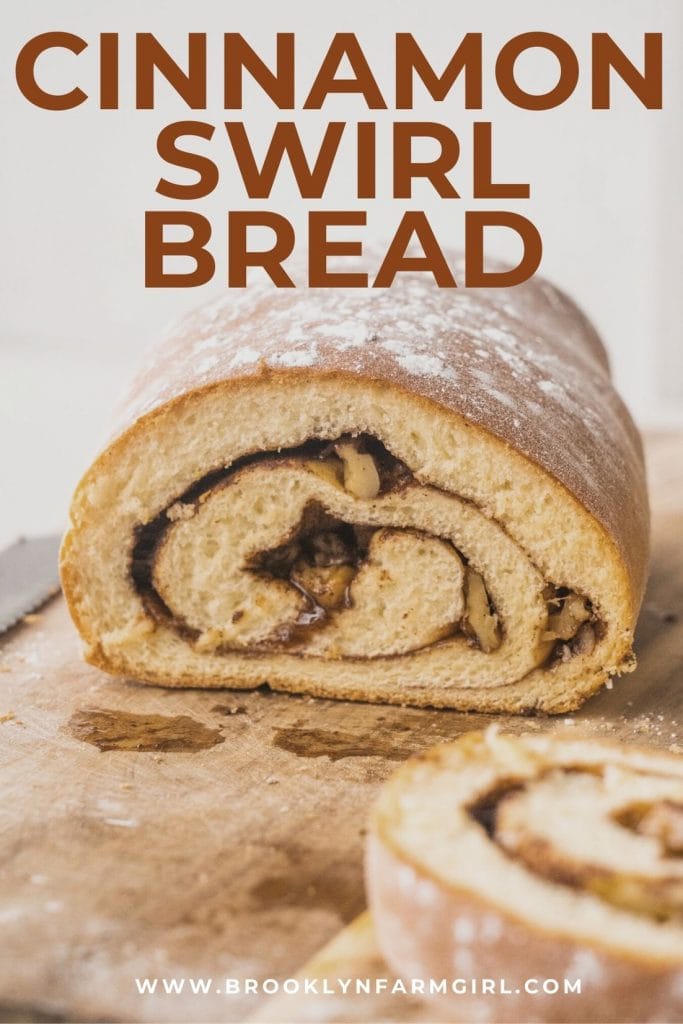 Easy to make Cinnamon Swirl Bread recipe made in the bread machine or stand mixer. This homemade bread is soft with swirls of gooey cinnamon sugar mixed in.

This homemade bread is super easy to make because the dough is made in the bread machine. If you’re asking yourself “Do I need a bread machine?” – the answer is yes! We use our bread machine on a weekly basis making meatloaf, dinner rolls and Ciabatta bread!

If you don’t have a bread machine, you can use the recipe below and make the dough by hand or in your stand mixer. Once the recipe hits step 2 (rising), just continue as usual. Enjoy!

How to Make Cinnamon Bread in the Bread Machine

In your bread machine or stand mixer add milk, egg, flour, sugar salt, butter and yeast. If using a bread machine set the setting to DOUGH and start.

Remove dough and punch down on a floured surface. Let the dough rise for about 20 minutes.

Roll the dough out into a 9×13 rectangle using a rolling pin. Brush butter on top.

Sprinkle brown sugar, walnuts and cinnamon mixture on top. Then I like to add some powdered sugar for additional yum!

Roll the dough up. Pinch the ends to make sure it stays closed.

Grab a 9×5 bread pan and spray with nonsick spray. Place dough inside and cover with a towel, allowing it to rise for about an hour, or until it doubles in size.

How to eat Cinnamon Swirl Bread?

You can eat the bread as is, but I love it warm with a little bit of butter on top. You can also toast the bread and spread a thin layer of cream cheese on the slices. If you have homemade jam (check out my raspberry jam and blueberry jam), you can even add a little bit of that on top!

Can I let the dough rise overnight?

You sure can, and this really makes it delicious! Instead of letting the dough rise in a warm place, cover and place in the refrigerator to rise overnight. Once you’re ready to bake in the morning, let it sit out on the counter until it reaches room temperature, and then continue starting with Step 3. 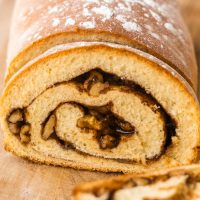 Course:Dessert
Cuisine:American
Keyword:bread machine cinnamon swirl bread
Did you make this?I love seeing what you’ve made! Tag me on Instagram at @BrooklynFarmGirl and don’t forget to leave a comment & rating below.