Jelly Donut Holes recipe! These baked donut holes are easy to make and are rolled around in delicious cinnamon sugar! These homemade treats taste just like Dunkin’ Donuts Munchkins but are much healthier!

So there’s no judging here, right? So when I tell you we made these Easy Jelly Donut Holes late at night one evening and the next morning they were gone already, you won’t judge me, right?  Ok good. Because this totally happened and I have no regrets.

I have been craving donuts.  Bad.  I think I say at least once a day “I want a donut” and I really do want one.  I love chocolate donuts, peanut butter donuts, tea donuts, carrot cake donuts and more but I have a very soft spot for Donut Holes, especially when they are cinnamon sugar covered.  Oh and also when they are filled with homemade jelly that just smells like strawberries and Summertime.  These donuts you guys, they’re made of happiness and magic. 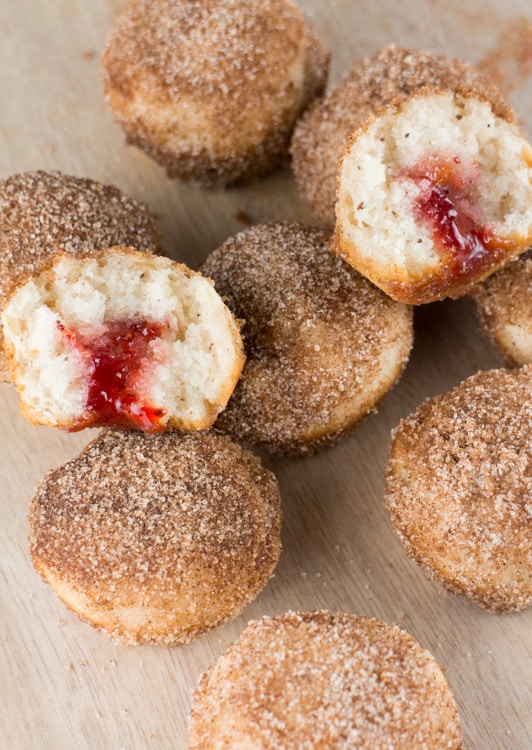 When I originally made these I thought they were going to last so that I could share with friends the following day, but they are so irresistible that they were gone rather quickly before sharing with friends.  So this week I’ll be making 2 more batches.. one for friends and one for us again.  They’re that good! 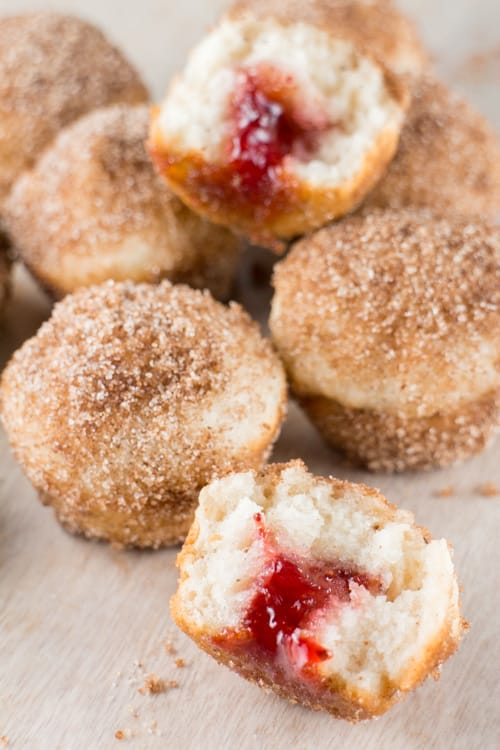 I hope you give these a shot.  They would perfect for breakfast, a great treat to bring into work to share with coworkers, or a dessert.   Honestly, they’d be perfect all the time. 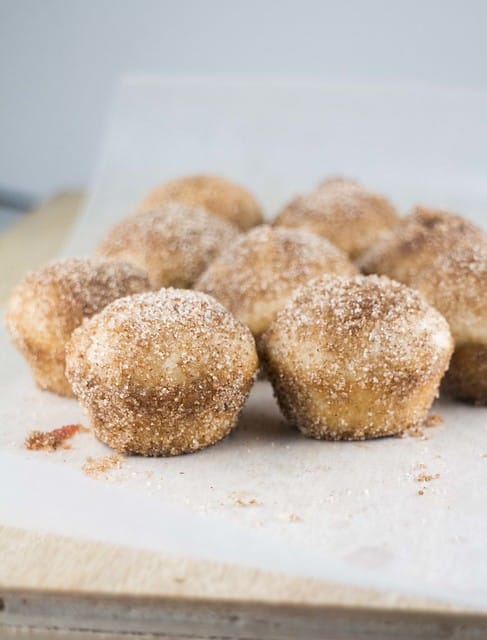 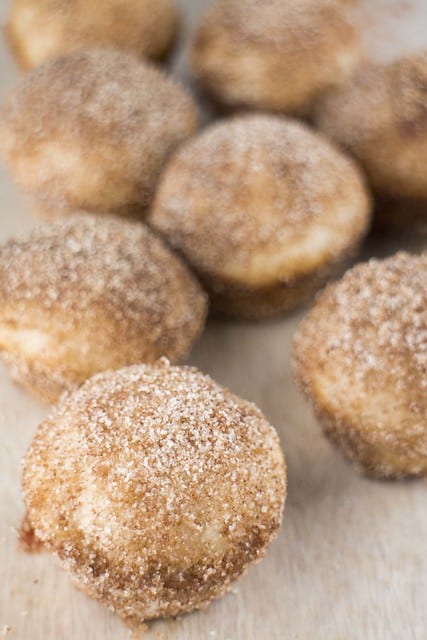 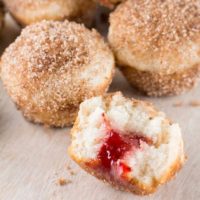 Print
Jelly Donut Holes recipe! These baked donut holes are easy to make and are rolled around in delicious cinnamon sugar! These homemade treats taste just like Dunkin' Donuts Munchkins but are much healthier!
serves 8

Makes 16 donut holes.
Course:Dessert
Did you make this?I love seeing what you’ve made! Tag me on Instagram at @BrooklynFarmGirl and don’t forget to leave a comment & rating below.