Easy to make Cinnamon Sugar Pistachios recipe!  These are perfect for healthy snacking! I love gifting these in mason jars for the holidays too!

Pistachios are something of a necessity for the holidays in our house.  As a kid Santa would always leave me a bag of red pistachios in my stocking that I would eat right up with my pistachio red stained fingers.   As a adult I still get pistachios at Christmas time, but now I like adding some cinnamon sugar spice to them.

There is something about the smell of cinnamon that really gets me in the holiday spirit and has me humming Christmas songs! 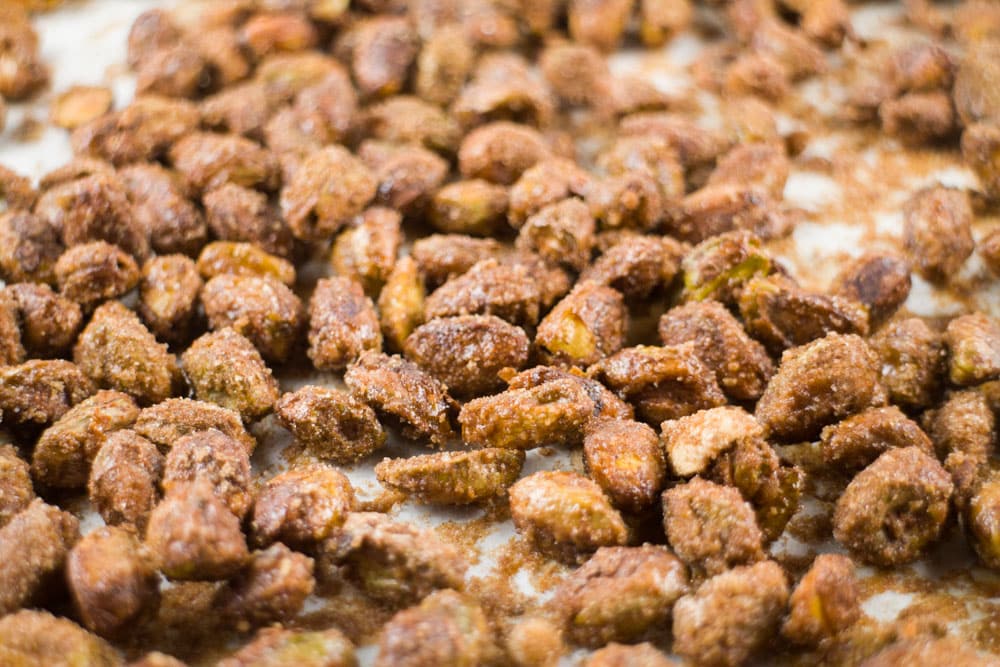 These Cinnamon Sugar pistachios are perfect for family or solo snacking, but they’re also perfect for having a dish filled when friends and family stop by over for the holidays.   They’re great for a holiday present if you want to mix up the usual tins of cookies that you make.  Trust me, everyone will love these sweet pistachios! 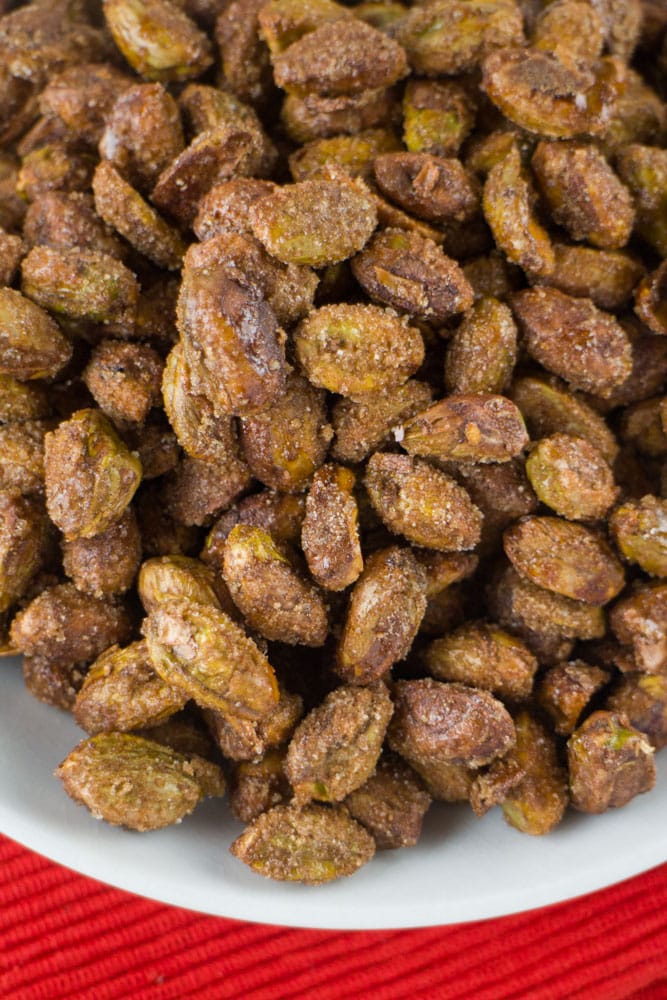 The scent of cinnamon takes me back to baking snowball cookies with my Mom as a kid.  Every December we’d set a weekend aside to roll out cookie dough on the kitchen table.   A fun fact is that the rolling pin that we used to bake cookies with as a little girl now resides in my own kitchen.  Whenever I take the rolling pin out of the cabinet I immediately think of cookies!

We won’t be rolling out any dough for this recipe, but we will be using cinnamon to spice the pistachios.

McCormick is my go to brand for spices when baking so I used McCormick Ground Cinnamon for this recipe.  Flavors and aromas have the power to trigger childhood memories so one sniff of the cinnamon jar has me standing in my childhood kitchen in the 80’s. The cinnamon is a nice taste on these pistachios to go along with the sugar.  Who else loves everything and anything Cinnamon Sugar? 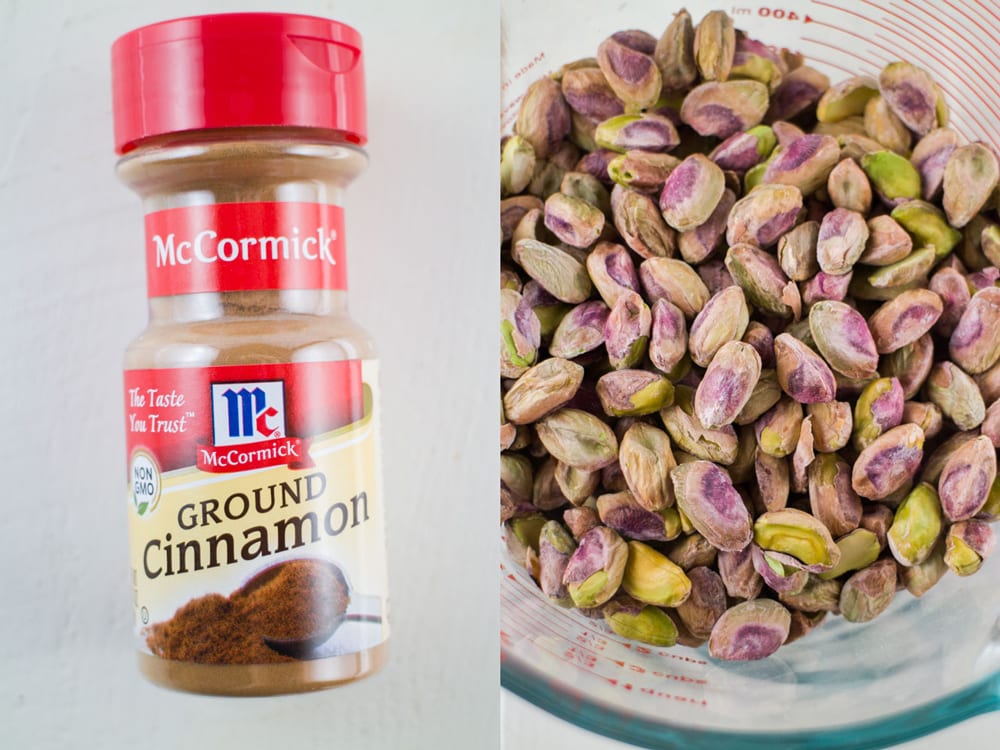 After the pistachios are coated then throw them in the oven for about 1 hour – 1 hour 30 minutes.  Since we’re baking them at a low temperature they take a little longer to finish.  The perfect pistachio has a crunch to it, as well as flavored in the cinnamon sugar mixture.  To make sure they don’t burn  flip the pistachios every 20-30 minutes or so. 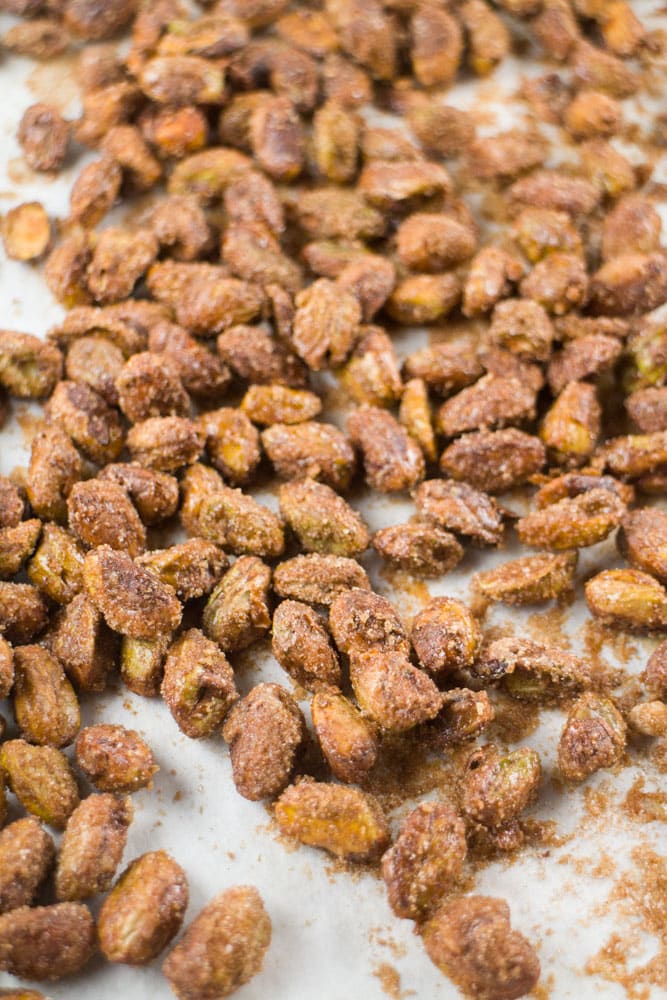 Although the recipe calls for pistachios, you could easily use almonds or walnuts if that’s your thing.  Just follow the recipe as instructed but change to your nut of preference.

The best part of these Cinnamon Sugar Pistachios (besides the taste!) is that your home is going to be smelling like a sweet shop!   Don’t be surprised when family starts coming into the kitchen asking you what’s that amazing smell! 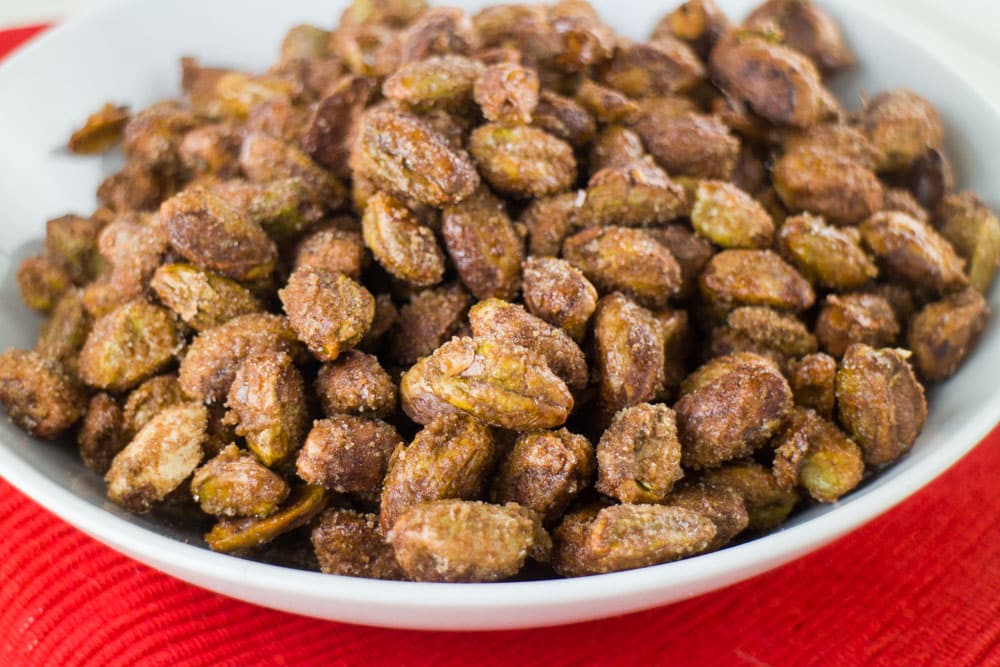 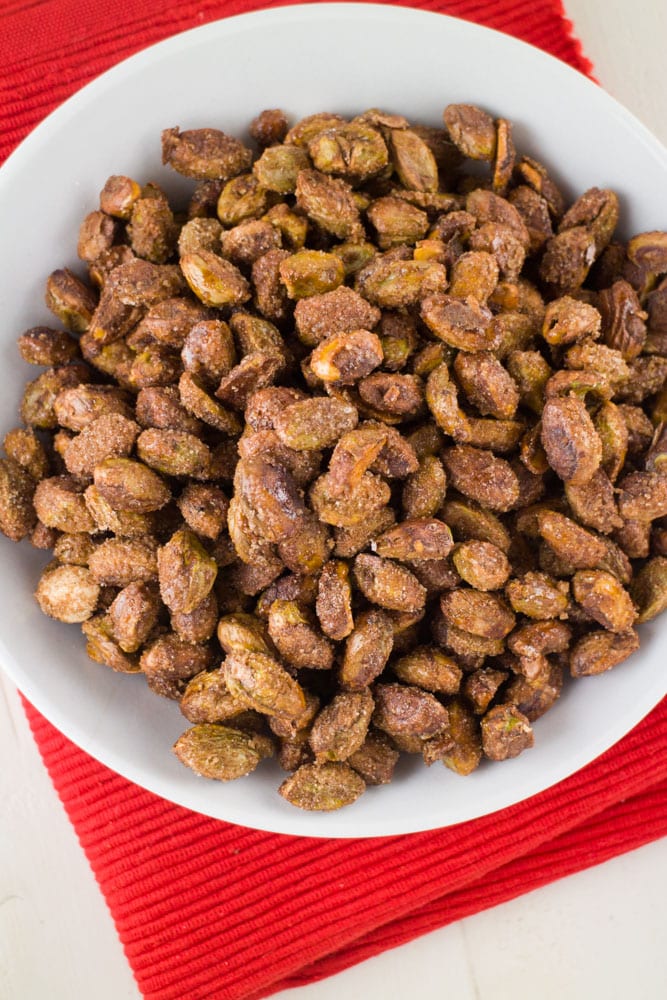 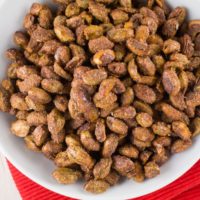 Print
Easy to make Cinnamon Sugar Pistachios recipe!  These are perfect for healthy snacking! I love gifting these in mason jars for the holidays too!
Prep Time: 5 minutes
Cook Time: 1 hour
serves 12

Course:Snack
Cuisine:American
Did you make this?I love seeing what you’ve made! Tag me on Instagram at @BrooklynFarmGirl and don’t forget to leave a comment & rating below.