Chocolate SPINACH BROWNIES with Peanut Butter Frosting recipe.  This is a EASY way to get kids or adults to eat their vegetables.  You won’t believe how delicious these brownies are!  They’re also made with the best peanut butter frosting recipe ever!

The color green.  What do you think of?

In many people’s minds, the color green isn’t something you usually think of when you think of sweet desserts.   I hear that little kids fear their green vegetables so sneaky parents have to find ways to incorporate it into their meals.  Well I don’t have a little kid, but I still like being sneaky, even if it  means just being sneaky to myself. 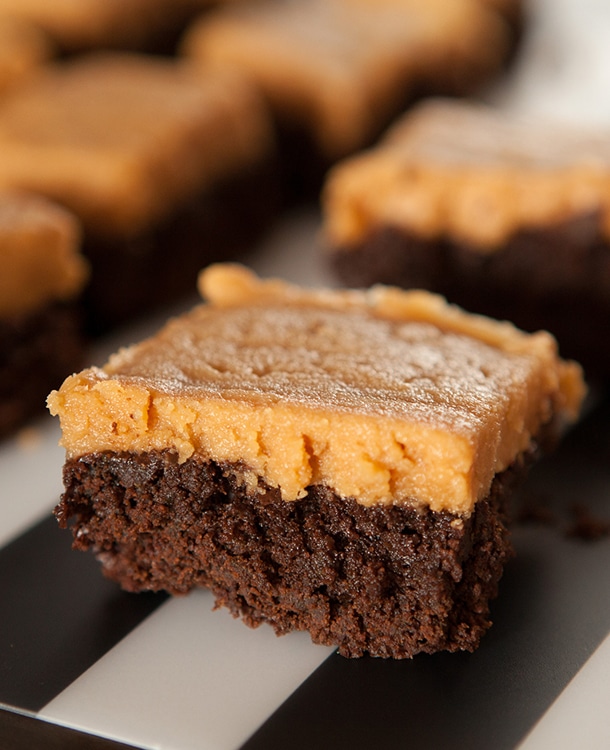 As soon as I picked the spinach in the garden I knew I wanted to bake with it!  From past recipes I love adding vegetables to sweet treats! (see: avocado brownies, pumpkin brownies).  So I decided to keep it simple and keep the brownie tradition alive.  The brownie tradition should never end.  Can you imagine a world without brownies?  I surely cannot! 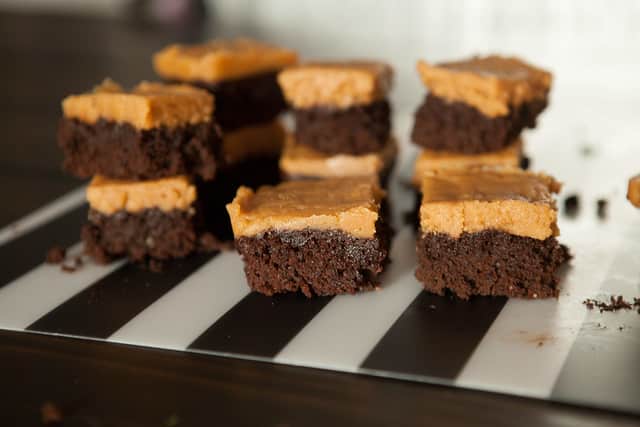 I have to admit I was unsure about how these spinach brownies were going to turn out.  I was worried because of the amount of spinach that are in these brownies, 1 whole cup pureed, which equals about 4-5 cups raw.  That is a large amount of spinach.  But as soon as I poured the spinach puree, gave it a few twirls with my spoon then tasted it, worries were erased.   100%. 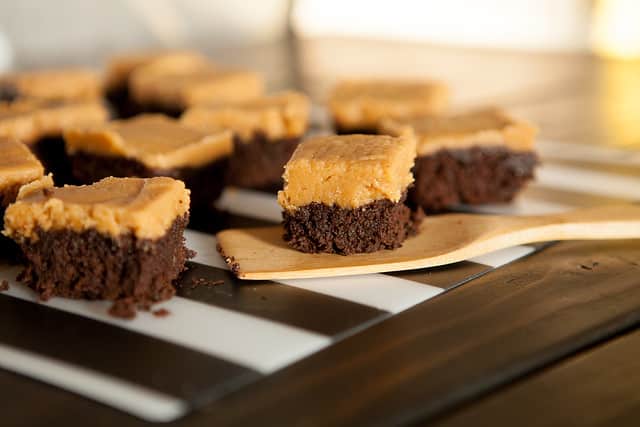 Can you taste the spinach? The short answer is sort of.  The long answer is not really.   I like spinach, I know what it tastes like, so I can pick up a slight spinach taste.  But for those who are unaware there is spinach in them, or don’t often eat spinach, they will pass it off as “dark chocolate” tasting.  I think that’s the best way to describe them, dark. 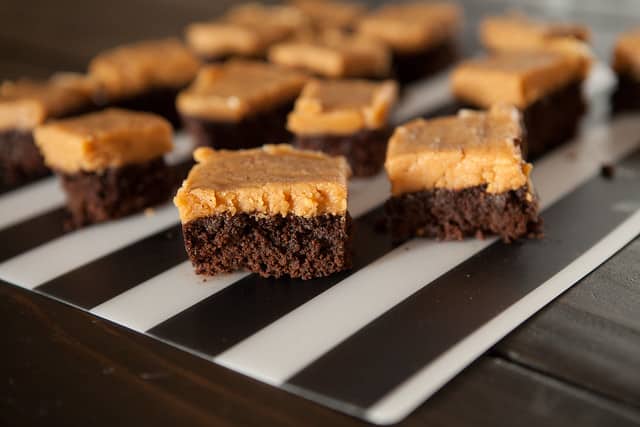 I decided to make my favorite peanut butter frosting to go on top of these spinach brownies!  I’m in love with this decadent frosting!  It’s the perfect sweet frosting to go with these dark brownies. 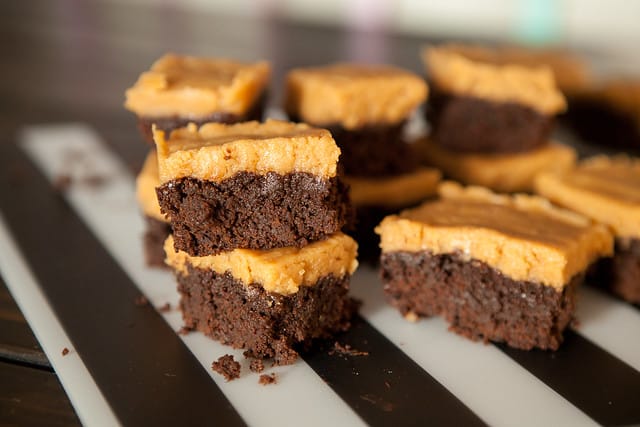 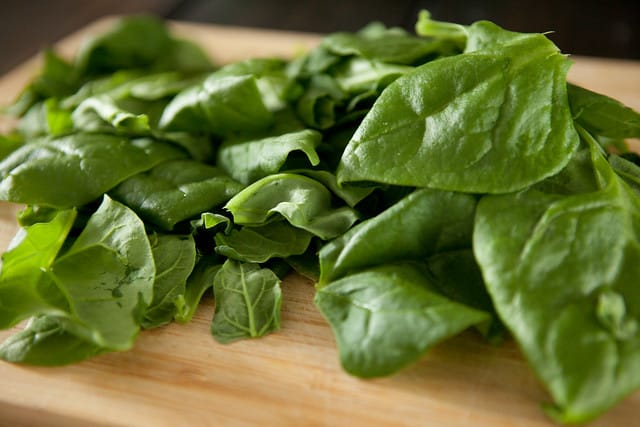 Pretty Pretty Spinach.  You are so pretty.  How are you so pretty? 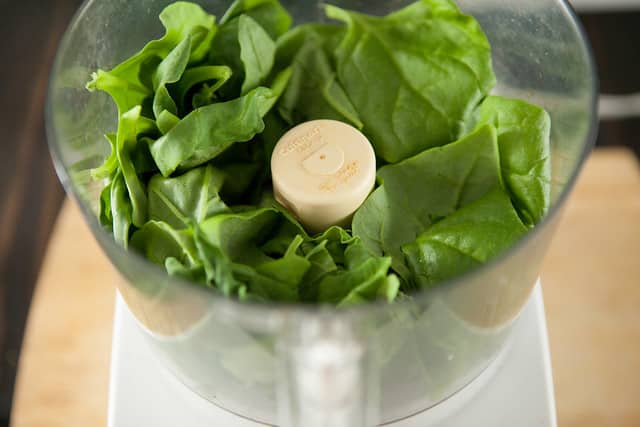 Into the food processor it goes.  I did 2 batches.  Add a tablespoon or 2 of water in with the spinach so it gets pureed. 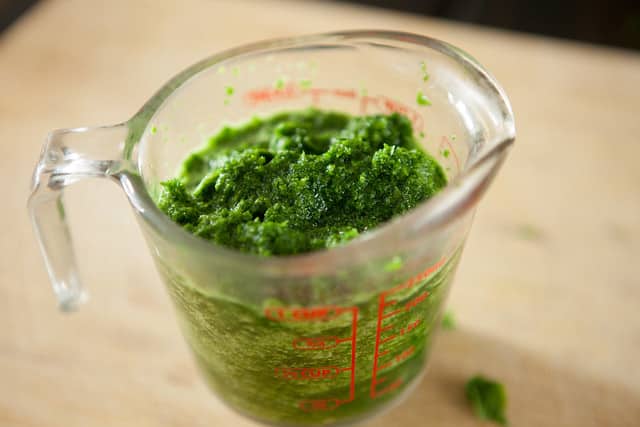 You will need 1 full cup of spinach.  This is about 4-5 cups raw.   Whole lotta spinach going on… 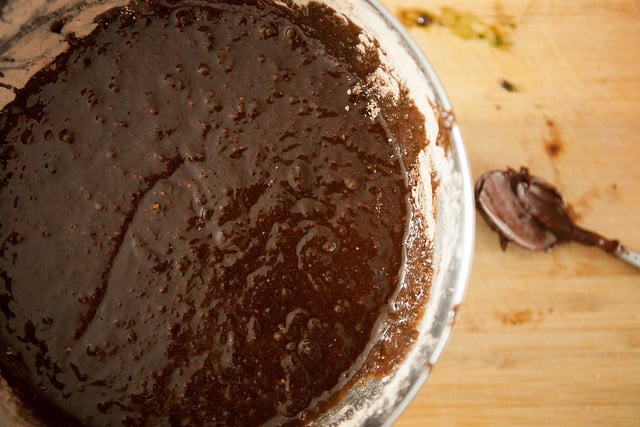 But when you add it to the chocolate mixture, you can’t even tell.  Magic! 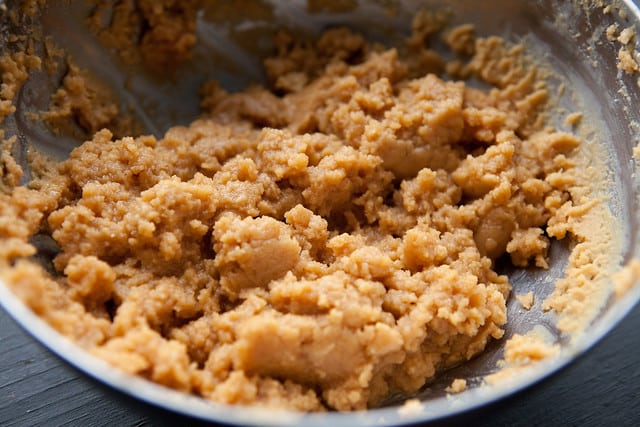 The peanut butter frosting.  It deserves “the” in front of it because it is amazing.  I ate so many spoonfuls, don’t even ask. 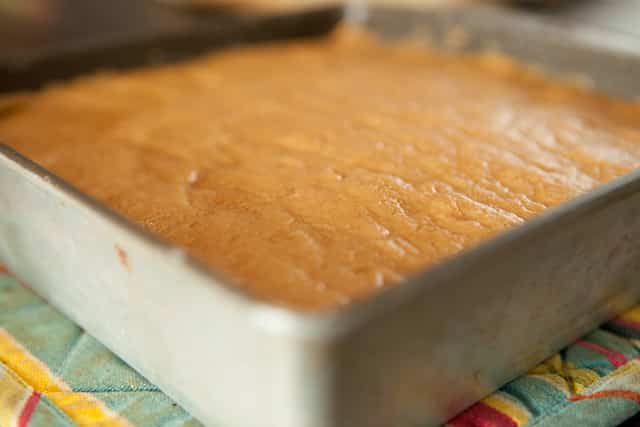 Pat it down with a spatula and put it in the refrigerator for 1 hour to set.. 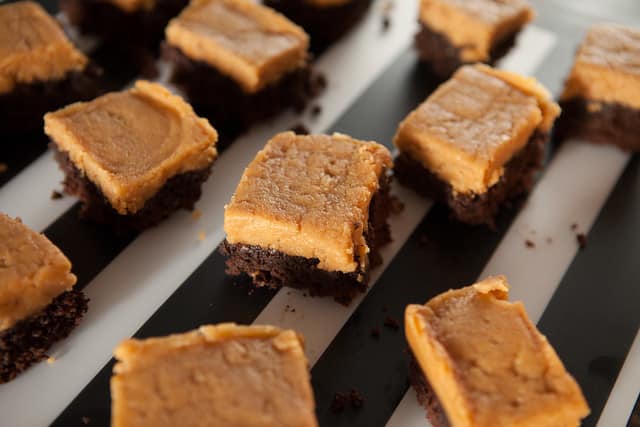 Then cut those brownies up!  Look at these gorgeous brownies! 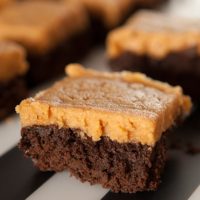 Print
Chocolate SPINACH BROWNIES with Peanut Butter Frosting recipe.  This is a EASY way to get kids or adults to eat their vegetables.  You won't believe how delicious these brownies are!  They're also made with the best peanut butter frosting recipe ever!
serves 12

Course:Dessert
Did you make this?I love seeing what you’ve made! Tag me on Instagram at @BrooklynFarmGirl and don’t forget to leave a comment & rating below.