It wasn’t even a week ago I was showing you my red bean brownies (with sinful frosting), so are you surprised to see another brownie recipe up here?  Yeah, me neither.

This week I’ve been feeling the January blues.  Maybe it’s the constant chill on my cheeks when outside, maybe it’s the cold knee caps when waiting for the bus, maybe it’s the Winter comfort food binge, maybe it’s a long list of jobs that need to be completed (but instead I put on my pajamas and watch Amazon Prime videos while feeling guilty for not completing the jobs).   So what do I do but make another batch of brownies?   But this time I add sprinkles, but because sprinkles automatically equals a party, right? 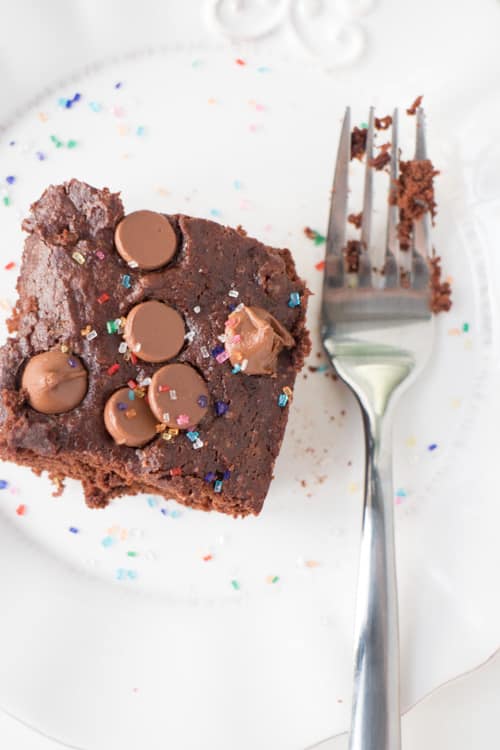 These Triple Chocolate Brownies are going to make for a better Winter time treat because there’s not that much guilt involved in them.  I’m using AllWhites Egg Whites which is 100% liquid egg whites with no yolk, fat-free, cholesterol-free and low-calorie egg product packed with essential nutrients and vitamins.   These can be found in your refrigerated dairy section and is a great source of protein to keep on hand (just this morning Matthew made a egg sandwich with them). 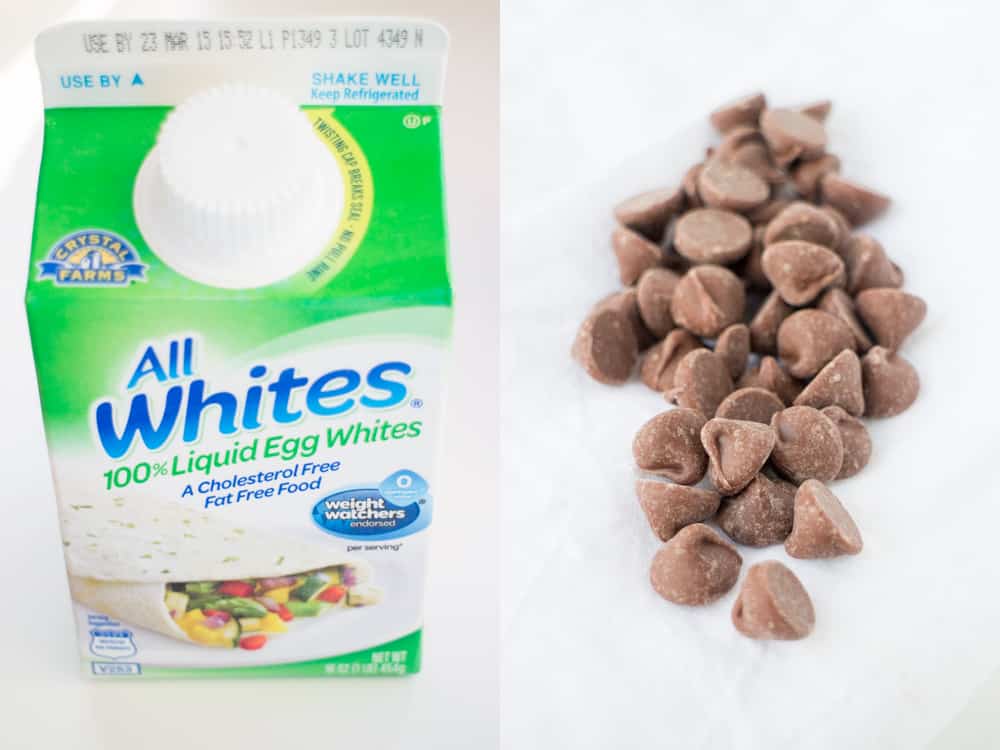 Instead of adding a bunch of oil I’m substituting most of it with applesauce.  This is going to cause those brownies to be fudgy and moist in the middle! 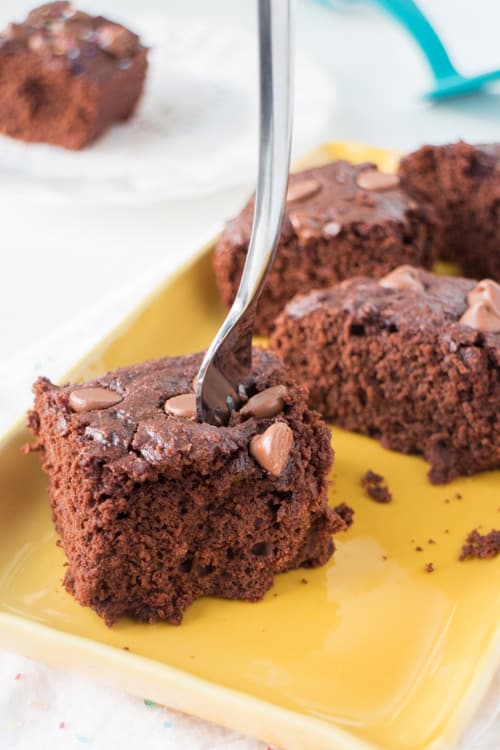 I’m not sure about you, but making a batch of brownies on some white linens pretty much cheers up my afternoon 100%.  Is there something that you love doing that gets you out of the blues? 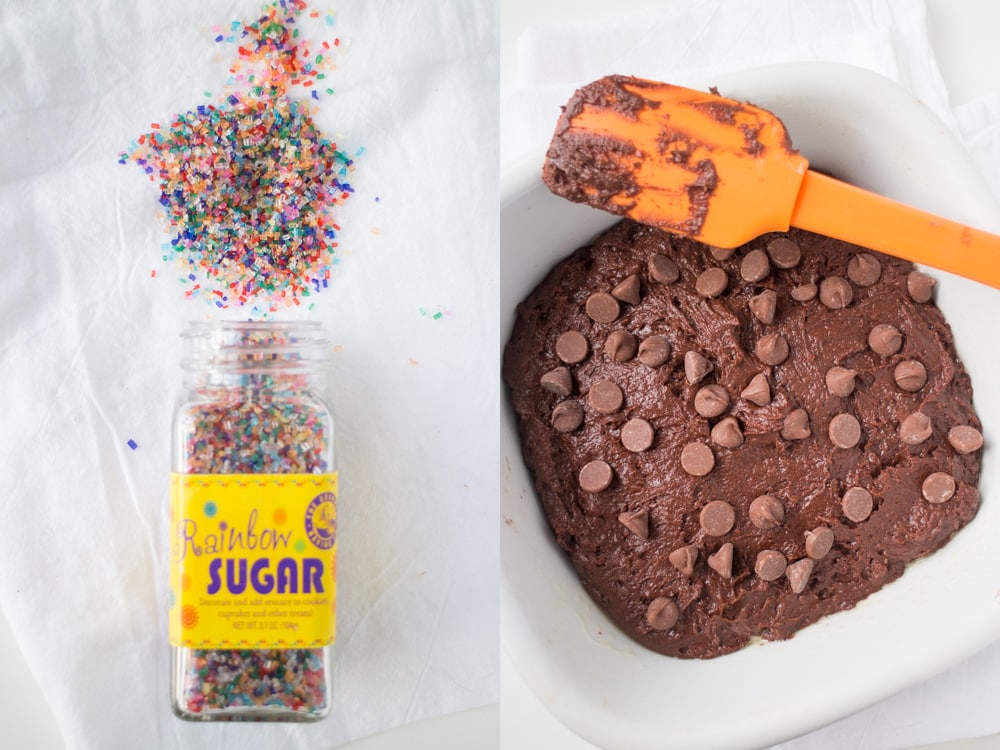 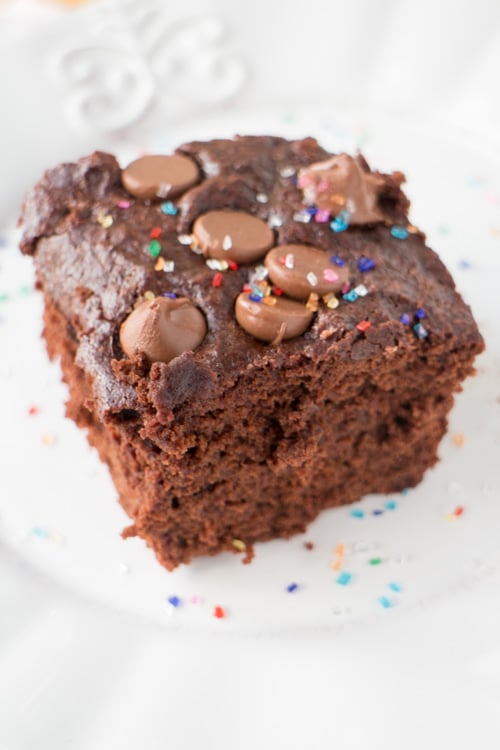 Didn’t I tell you they’d be fudgy? I never lie about brownies. 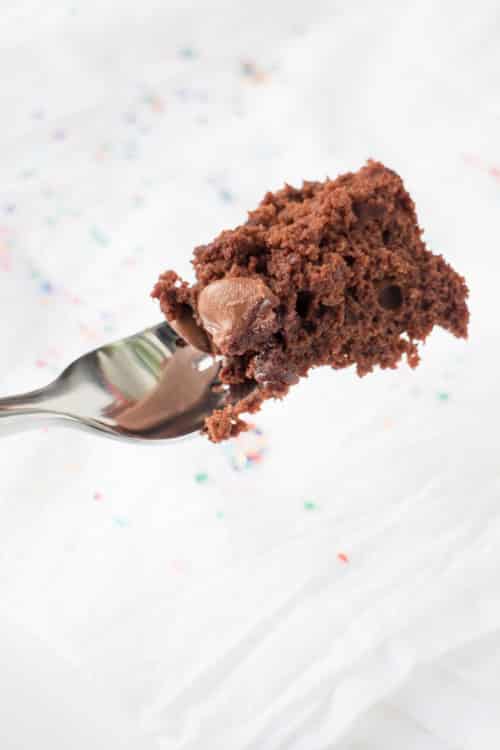 And when you take your first bite if this tripe chocolate explosion, you’ll fall in love.  I hope I’m invited to the wedding. 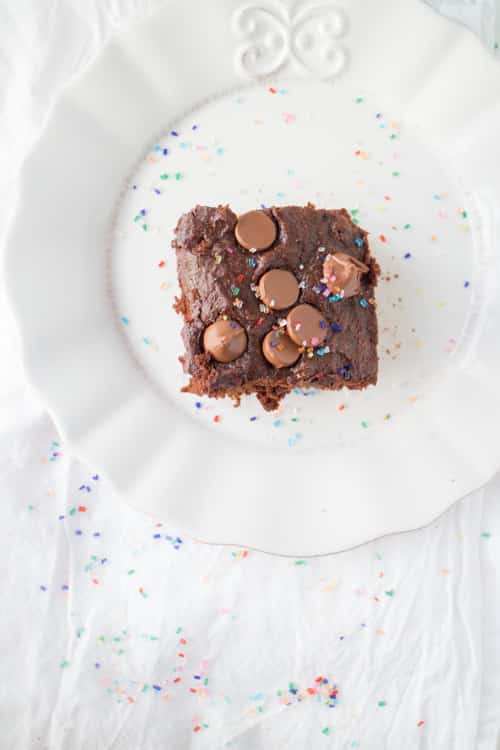 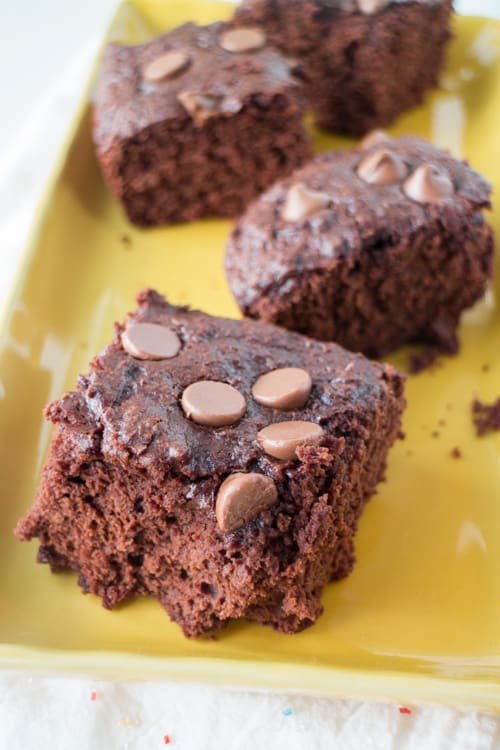 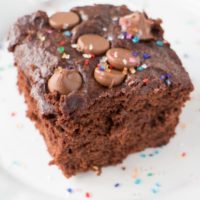 Print
HEALTHY TRIPLE Chocolate Brownies that are low calorie because they're made with applesauce and egg whites!  This easy recipe makes super moist chocolate brownies, perfect for chocolate cake lovers!   Make sure to add rainbow sprinkles on top!

Did you make this?I love seeing what you’ve made! Tag me on Instagram at @BrooklynFarmGirl and don’t forget to leave a comment & rating below.