Another week, another big vegetable haul!  As we wind down the garden season this year, we are still left with a bounty of vegetables to pick!  Last weekend we had over 100 pounds of vegetables to bring back to New York City so let’s dive in to see what we’re still harvesting Upstate! 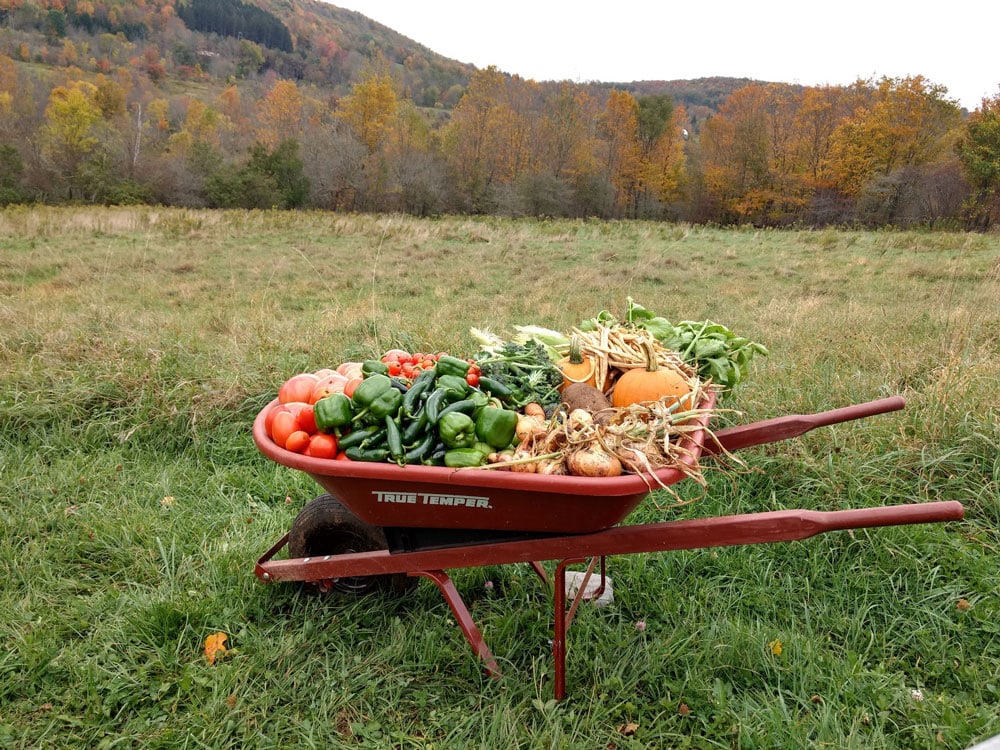 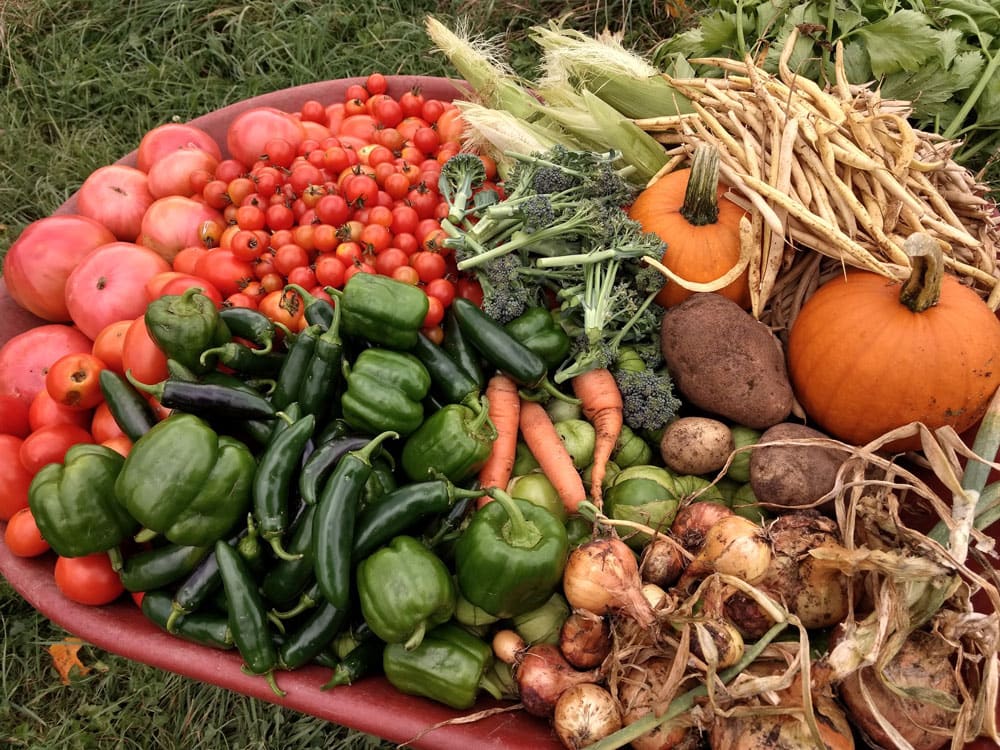 Our tomatoes finally hit their stride in September so we’ve been picking them by the basket!  With 67 pounds of tomatoes picked we canned jars of diced tomatoes and tomato sauce.  I’m predicting we’re going to get another 50 pounds (or more!) this upcoming weekend so with those we’ll turn them all into sauce to can.   The photo below shows what 67 pounds of tomatoes can get you, doesn’t it make you appreciate how many tomatoes goes into making a jar of delicious tomato sauce? 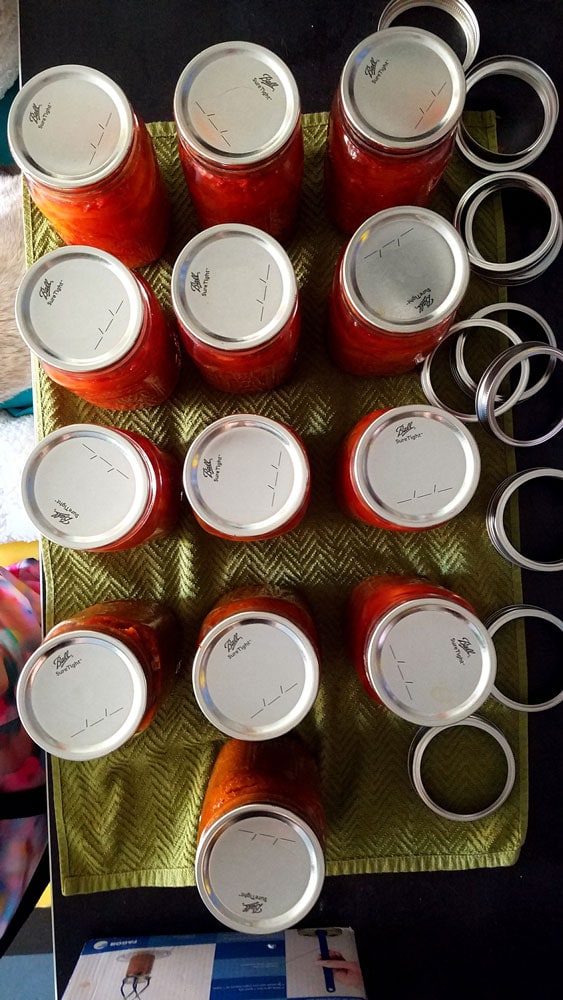 Last week we saw the final picking of corn, potatoes and broccoli.  Speaking of the broccoli, ours lasted all year – from Spring to October, which really amazed us!  Also, we grew celery for the first time and that’s been a joy to pick (and eat!).  This year we didn’t plant any monster pumpkins, but we were able to pick some sugar pumpkins which I’ll turning into a pumpkin roll very soon! 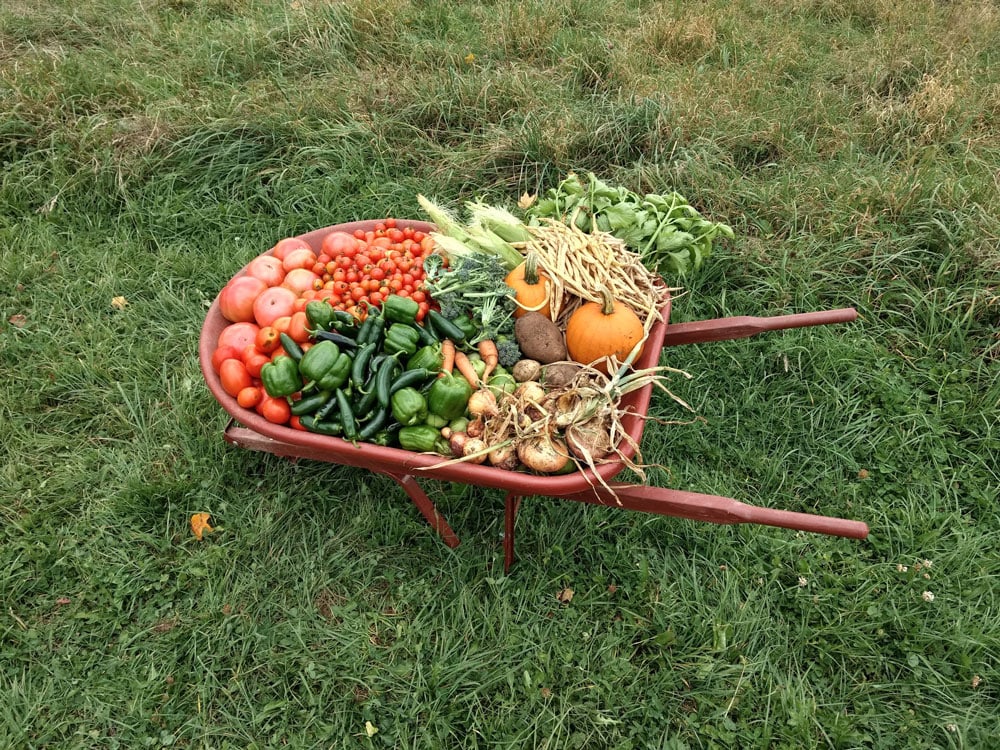 Have a nice weekend everyone!