This week it ranged in the 40’s and 50’s, and next week it’s set to have multiple days in the 70’s.  I guess Spring is officially saying hello to us as it’s been acting like a tease.  Last year at this time we already had some hot days where we could plant in shorts, but so far this year I haven’t had a day in the garden yet where I haven’t complained about being cold.

Many of the plants are on their own in the garden and don’t need much help in the early stages.  They’re in green houses, doing what I imagine (and hope) is having lazy days and throwing dance parties at night.  I still have hope one night I will catch the broccoli under the green house lit up with some strobes, hearing some music while the cauliflower yells to “turn it up”.  I have a garden imagination. 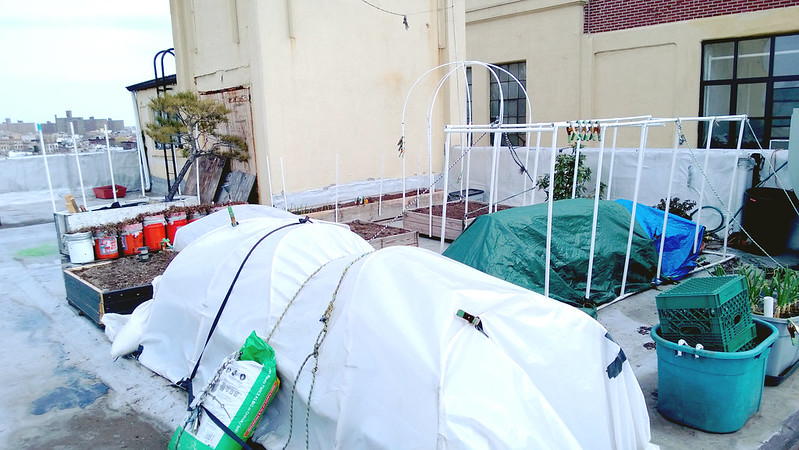 This is said green house where parties could happen at night.  Right now is that awkward period of watching the seedlings grow, wondering when you should move on with the next plants, but mostly just idling walking around the garden hoping that something sprouts. 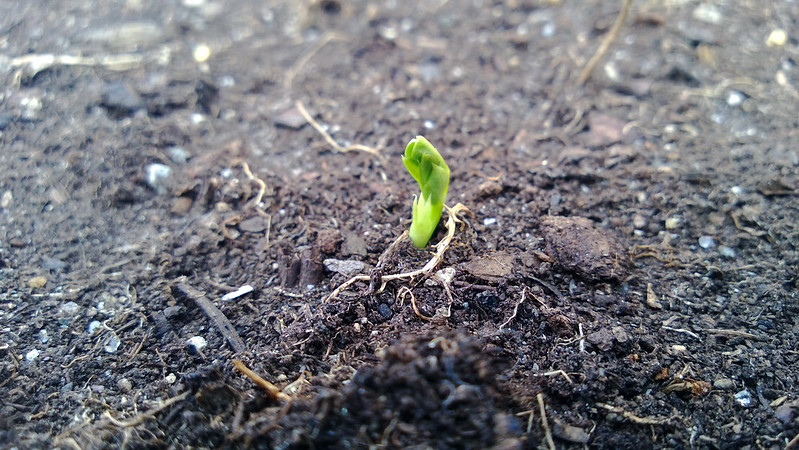 Which is what happened when we checked out the sugar snap peas yesterday.  Every single day for the past week we have raced across the roof to see who can spot the first pea.  Usually it’s noone and we leave the roof disappointed, but yesterday – there were cheers!   The first (and a few others who did not get this photo op) have emerged from the soil.  I checked again today and not many more have appeared, so hoping by the week’s end we’ll have a full house in the sugar snap pea box.

Inside the loft we have been helping the tomato seedlings grow strong.  I have to say the seedlings are looking the best they ever have this year.  Every single seed came up and they’re growing at a pace where the tomato leaves are tangled up in the base of  the cage of the growing light.  A few days ago we had to pick favorites and weed them out.  We always grow 2 seeds per cell incase one doesn’t grow but this year every single one grew. 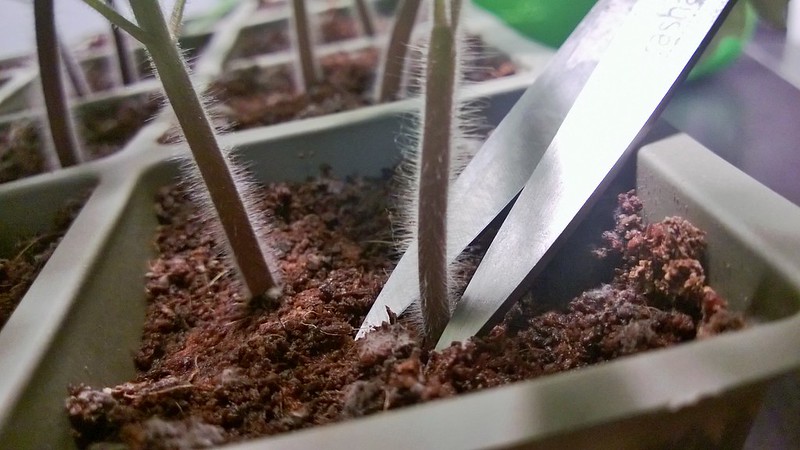 This is the part that I can’t do and make Matthew. I feel like I’m picking a favorite child.   You go through the plants and find which one looks most healthy, and cut the other one.  This way the tomato plant now has the entire cell to grow and isn’t sharing space.  They can let their roots spread out now, get a little more comfortable. 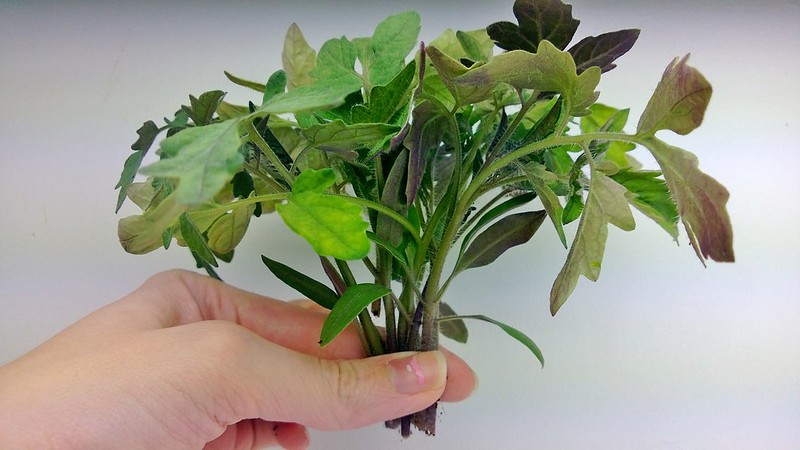 What you’re left with is a little sad bouquet of tomatoes that hoped to grow strong, but weren’t chosen.  I can’t make this sound happier, I’m sorry, it hurts me. 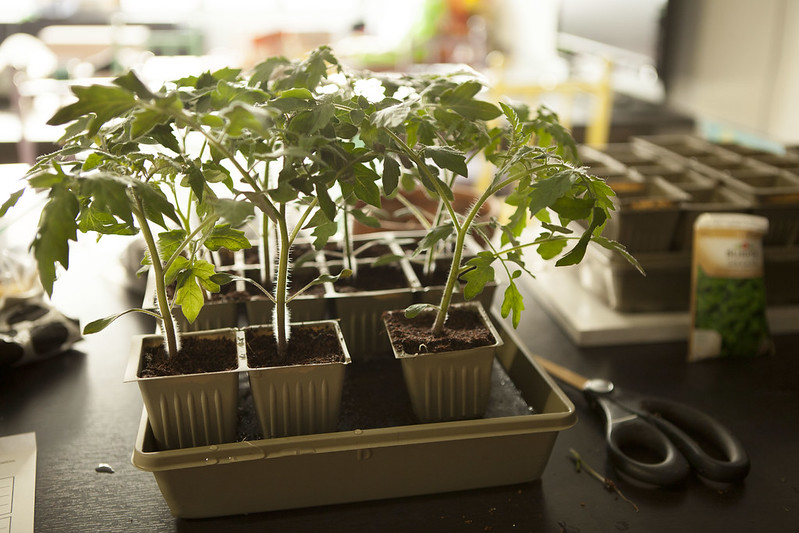 Here’s the 10 tomato plants that have made it.  Congratulations! 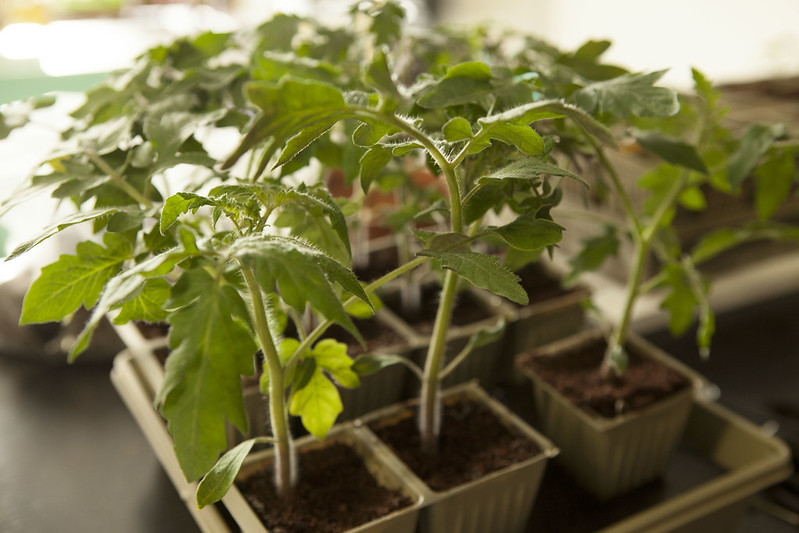 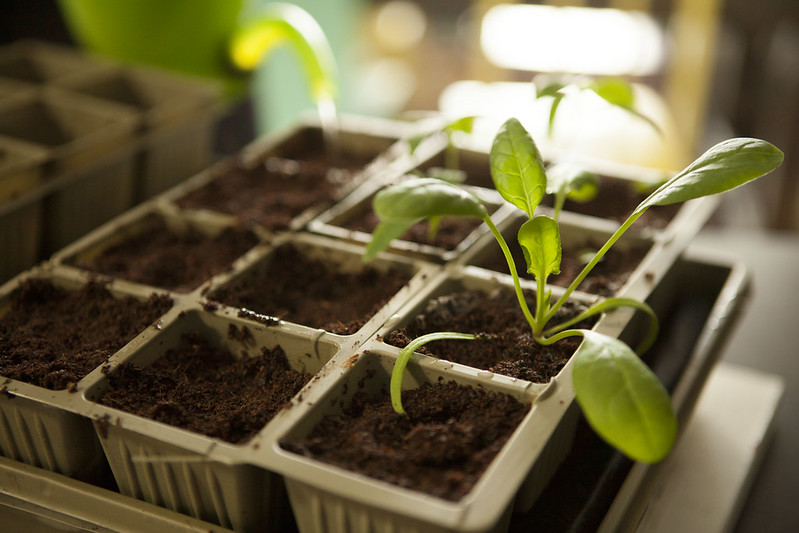 We also have a lonely spinach plant which will eventually be transplanted to the roof.  I planted another seed to give it a soul mate. 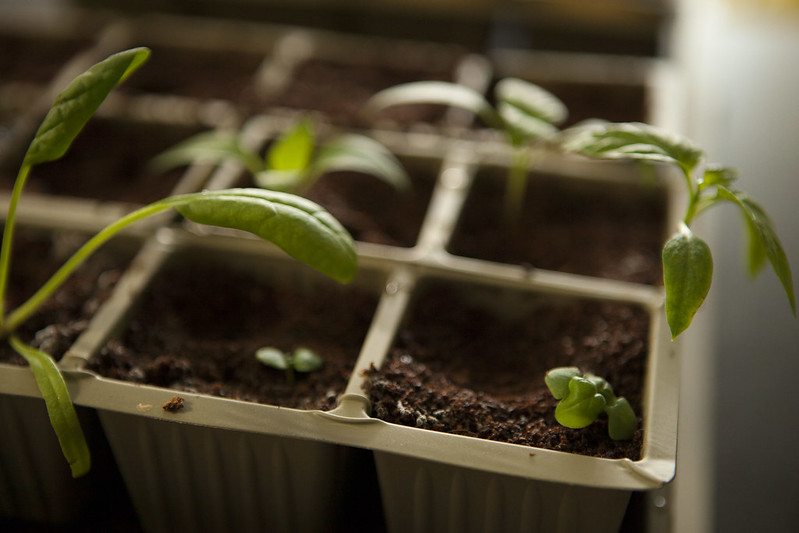 The ones in the back are green pepper plants.  We usually grow 2 of them and I swear (I say it every year) green pepper plants are the least hassle plants.  You just grow them and leave them be.  They are magical.  Up front we have some basil which will be transplanted to grow downstairs in our hydroponic system. 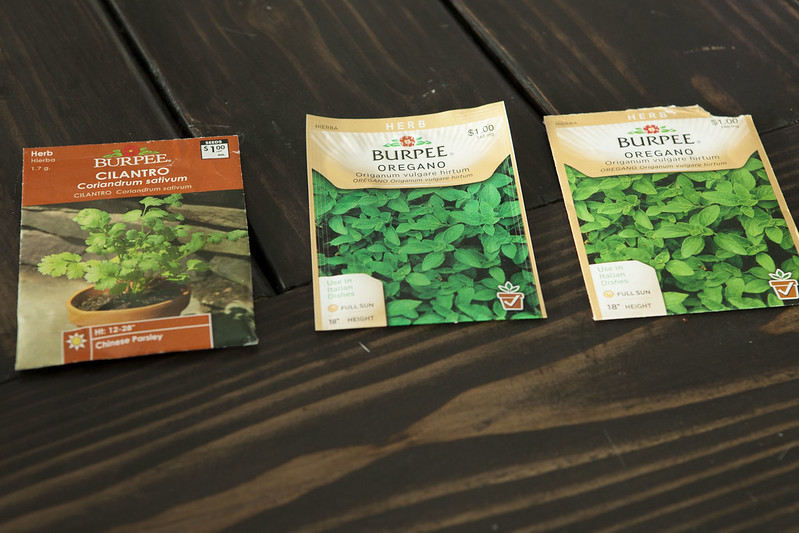 This year we are growing our herbs downstairs.  I meant to take a picture of Cilantro, Oregano and Basil but I got a little Oregano crazy I guess.  We decided to plant it in the loft instead of the garden as it’s easier access to pick herbs for dinner that way, plus I love the way it grows in our Window system.  I’ll be sure to make a post on that later on… 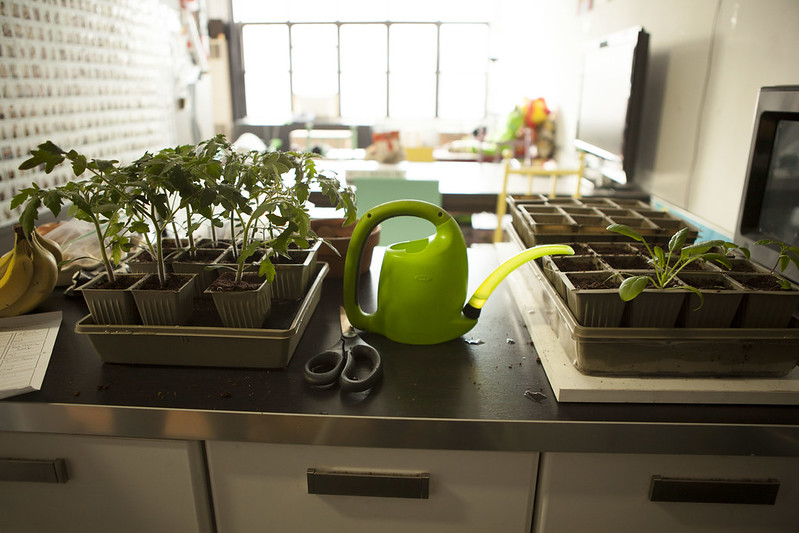 So now the tomatoes will continue to grow downstairs for a few more weeks until they move to the roof.  We’ll just keep giving them water and I will sing them to sleep every night.

Hope your preparations for your garden are going well.
Treat those tomatoes nice.  They deserve it.