I hope everyone enjoyed Tomato Week on BFG! I posted recipes for Marinated Overnight Italian Diced Tomatoes, Creamy Roma Tomato Soup and 5 Minute Mexican Burrito Bowl.  Now it’s time to introduce you guys to the stars of the garden, the tomatoes!

We’re been transitioning to the new zone that we’re growing in this year to try to get a full load of tomatoes picked.   Usually it doesn’t frost until November in NYC but this weekend in Upstate New York it’s going to be in the low 30’s at night (thankfully it goes back up!).   The growing period for tomatoes is shorter now, but with a whole bed of tomato plants, we’re still picking pounds and pounds.  We have our usual cast of tomatoes: cherry, Roma and beef.

The cherry tomatoes are in full force (held together by big tomato cages!) and we’ve been picking them by the bucket.  The beef tomatoes showed up next and we’ve seen them in massive size (see pics below).  The Romas have started to arrive but there’s still quite a number of green ones.  It might be a battle of temperature vs tomato once October comes around to see how long we can hang on to the tomatoes.

Let’s just get straight to the beef tomatoes because they are huge!  I mentioned their size a few times but I wanted to show you guys just how massive they are this Summer.    Can you believe it?  Some of these tomatoes are close to 2 pounds! 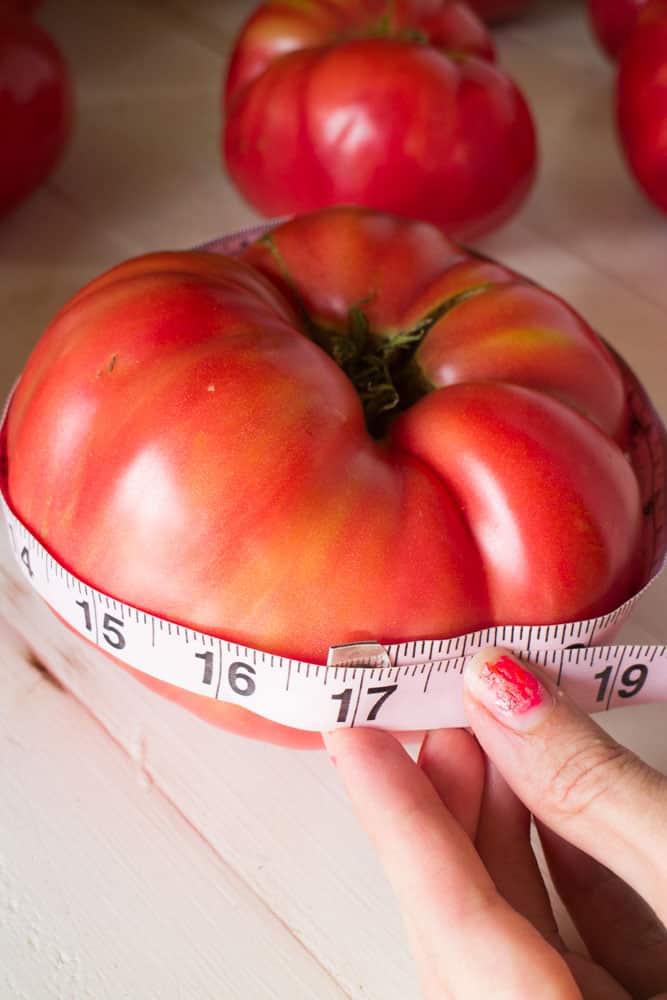 This has been the best growing season of beef tomatoes for us.    Because they are so big it feels like one beef tomato equals 3 regular tomatoes so it’s been a challenge keeping up with eating them all (I’ve been making sauce!). 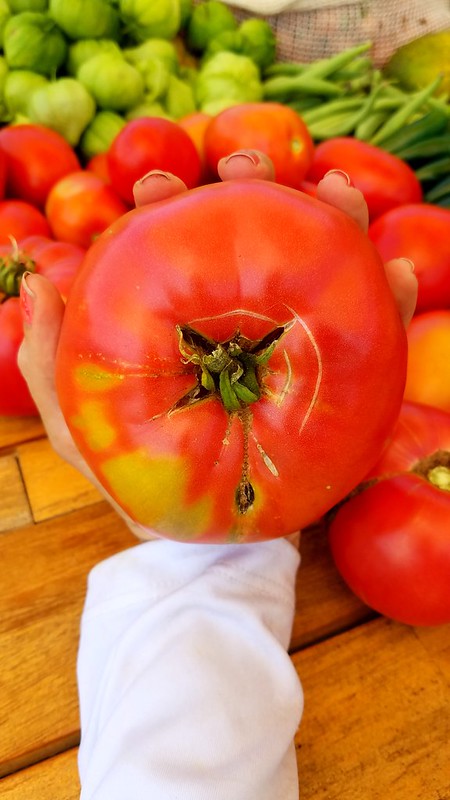 And does it get any cuter when tomatoes are in the shape of a heart? 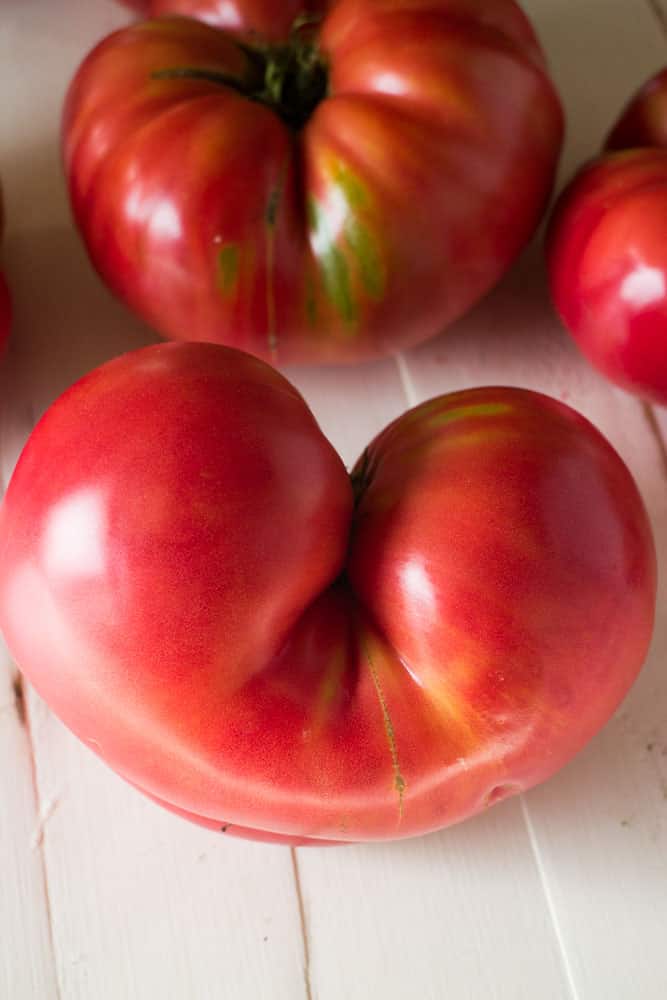 Next up is the Roma tomatoes which are battling the weather to turn green.   The most surprising part of the Roma tomatoes this Summer is just how many there are on each plant. We’ve never seen them packed so tight on one plant.  We’ve had to tie up many of the plants so they don’t fall over due to their weight. 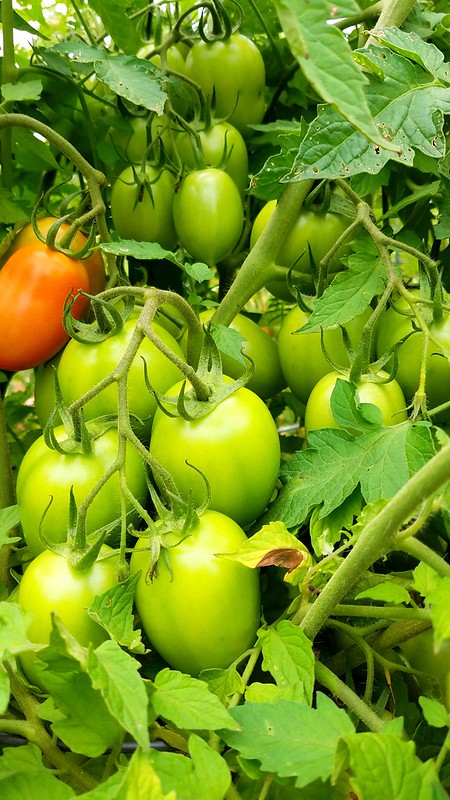 Last weekend we picked a good 25 pounds of Roma tomatoes. 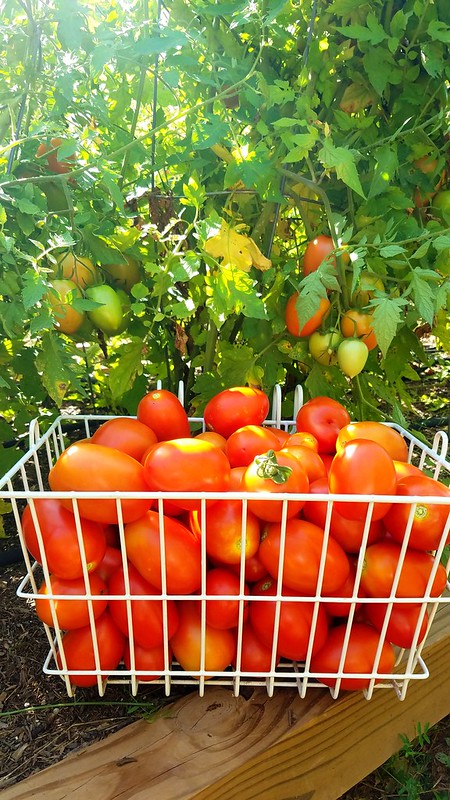 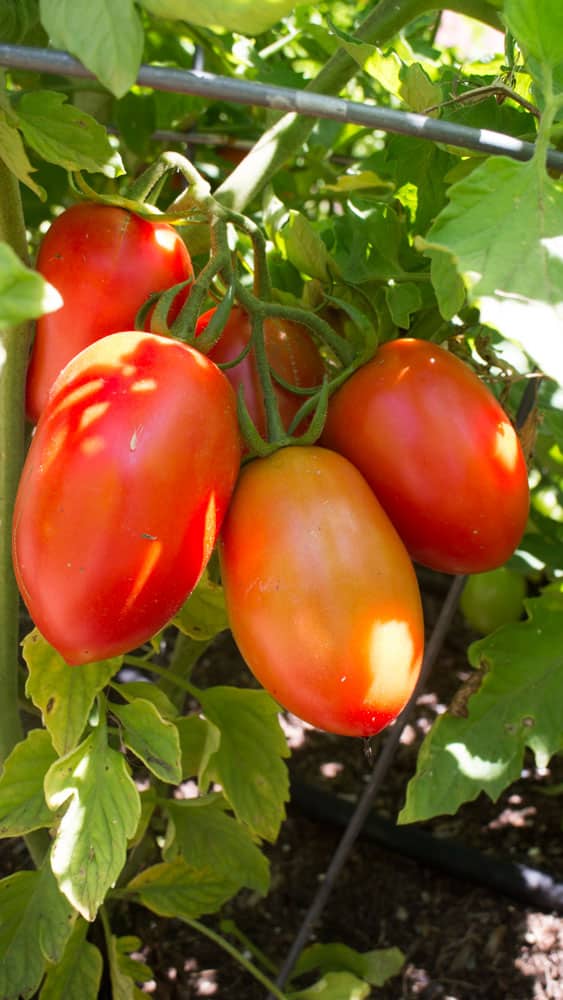 And last, but not least, the warriors of the garden every year… cherry tomatoes!  Picking them is the best because you can just throw them right in your mouth! 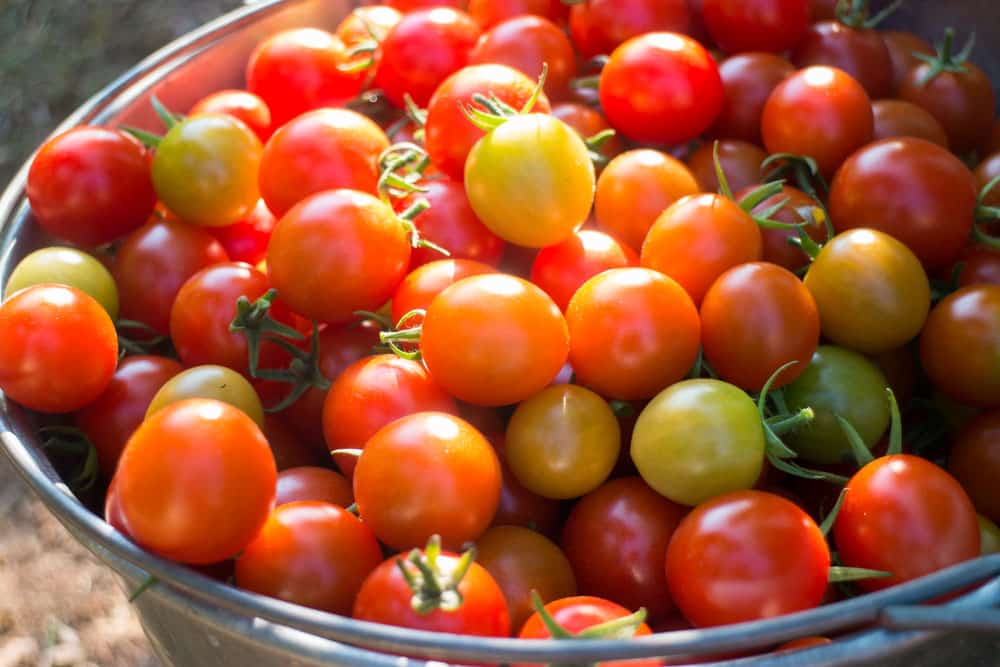 So far we’ve picked 58 pounds of cherry tomatoes this year.  Most of them have been used to snack on or to make our favorite tomato sauce. 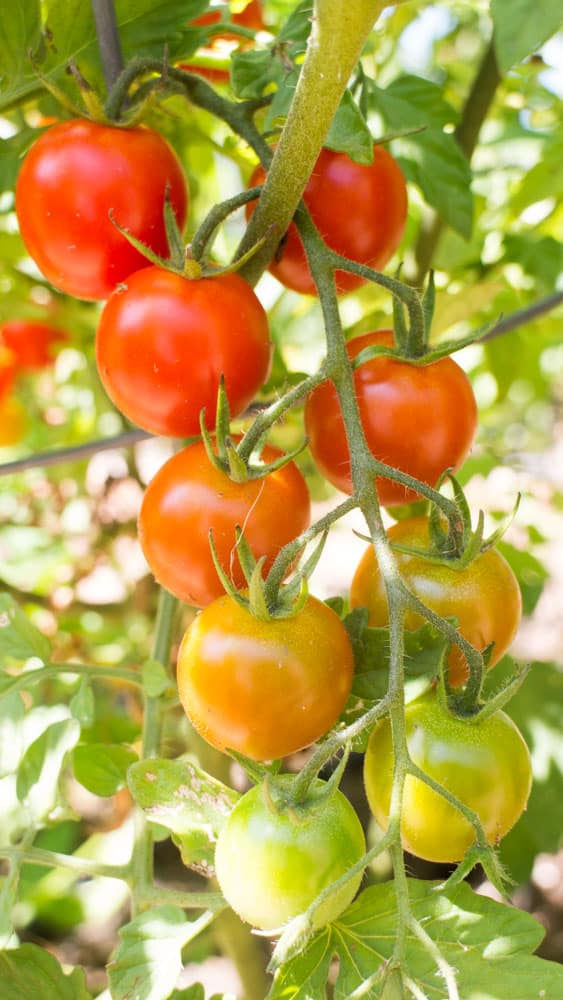 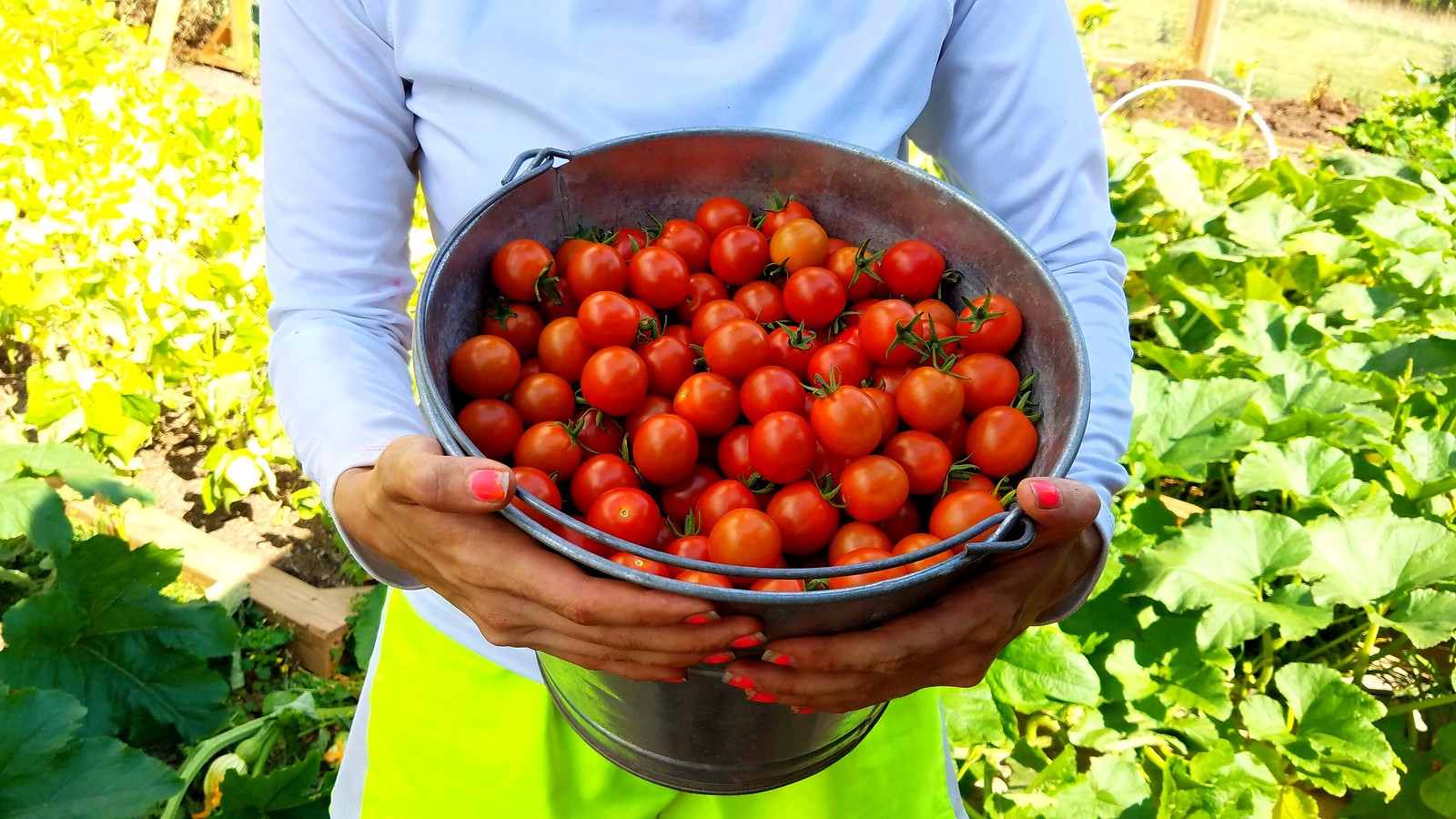 This weekend we’ll be picking another big batch of tomatoes to bring back to the city. Let me know in the comments how your tomatoes are growing! 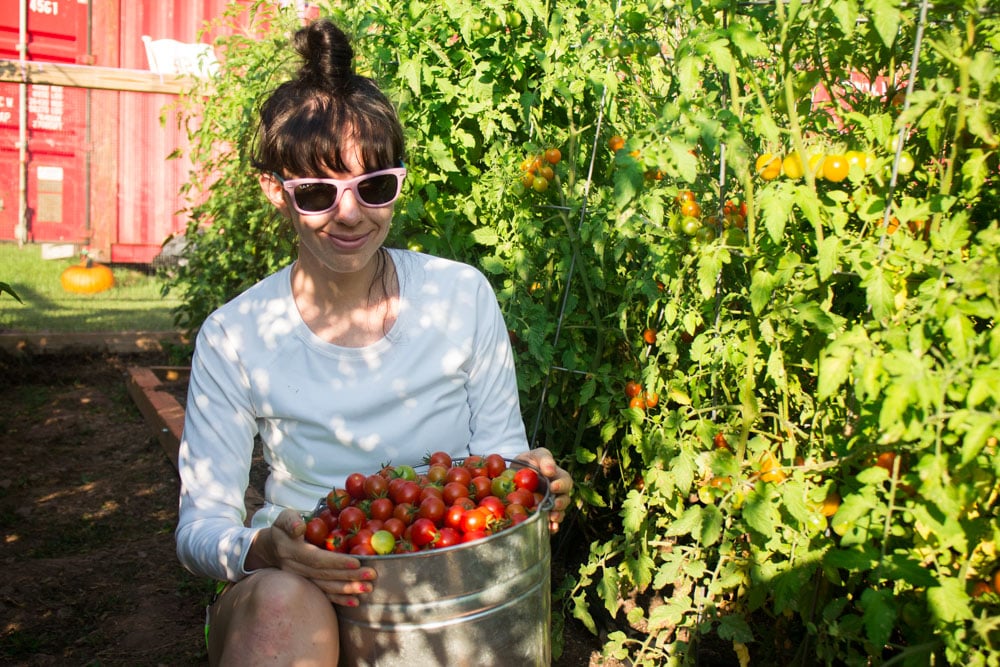 Have a great gardening weekend! 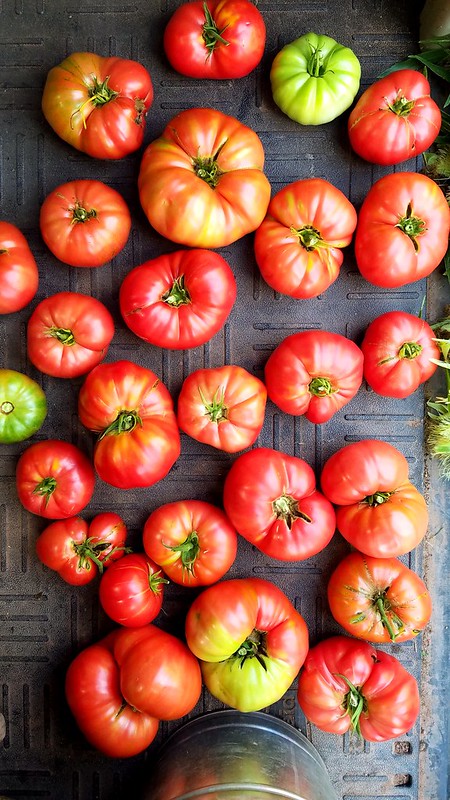