Soybeans are always warriors of the garden.  We started growing these a few years ago when I was madly in love with edamame but hated the price of it.    So we bought some soybean seeds, planted them and a few months later we were left with so many soybeans we didn’t know what to do!

Remember that crazy year of soybeans? 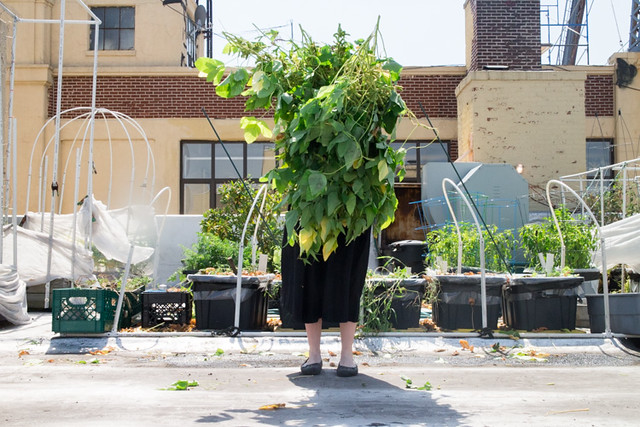 Oh, I remember it!

With this year we continued the soybean tradition but planted a few plants less than usual because… well, we had too many soybeans! 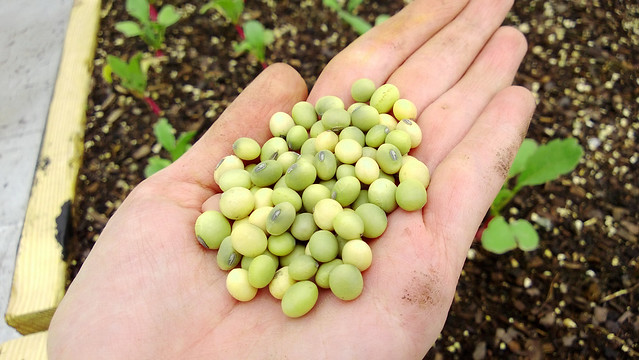 And after a few days, their pretty heads shoot through the soil.  For the most part every seed comes up but there’s always a few stubborn ones that we have to replant. 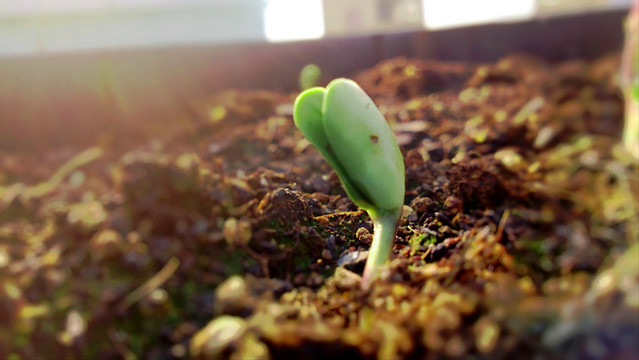 This year we let the plants go brown before picking the soybean pods because I’m going to be freezing the beans.  This means I have a heck of shelling to do to get those seeds out. Soybean plants don’t grow that tall but they are loaded with soybeans. And then I put Drake on in the garden, get my soybean “Good Girl and you know it” dance session on and start the painful process of picking each pod off the plant.  Eventually you get in a groove but it’s time consuming.  The love of the garden.. After a while your giant bowl will fill up with soybeans and you’ll have to start throwing them into a backup bag. Woooo, that’s a bunch of soybeans! And guess what I found hanging out in the plants? A pretty little ladybug. 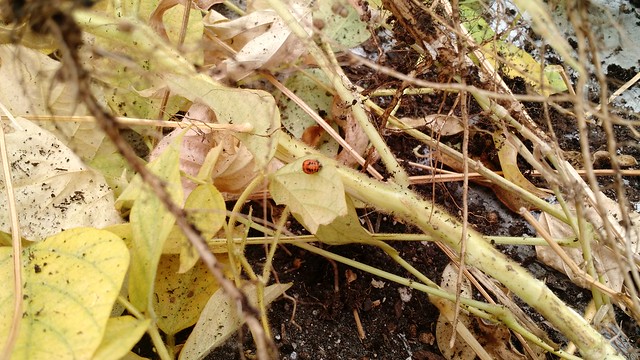 So now with the soybeans out of these containers, we start planning our next move…. Anyone else grow soybeans this year?
What’s growing in your garden now?