Today felt like the official start of the garden season.  It was 50 degrees out, we were shoveling soil, taking care of seedlings, building boxes.  I was complaining that my  back hurt.  It’s just like old times, meaning every single year we’ve had our rooftop garden.   Our main goal today was to get the greenhouses rebuilt and if time permitted build a new box to replace one that was falling apart. Not only did we get all that done, but we were able to remove the soil from all the boxes to turn it over and feed it compost.  Woo!  I won’t be able to move tomorrow. 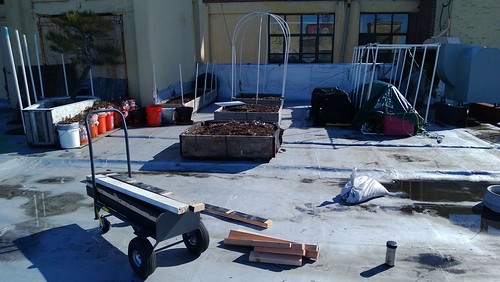 It was sunny and nice out today.  Since there is so  much empty space on our roof we are able to have lots of room to build. 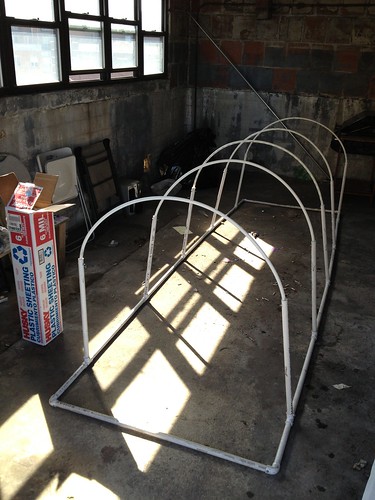 First up was the long greenhouse that had some holes in the plastic, so the plastic was ripped off. 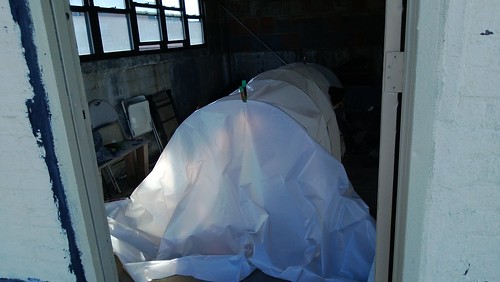 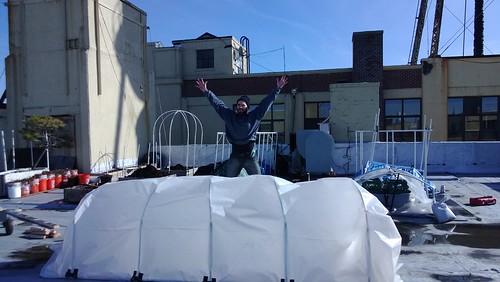 Woo! I’m excited too. Greenhouse is built.  The broccoli and cauliflower will probably hang out in here soon enough. 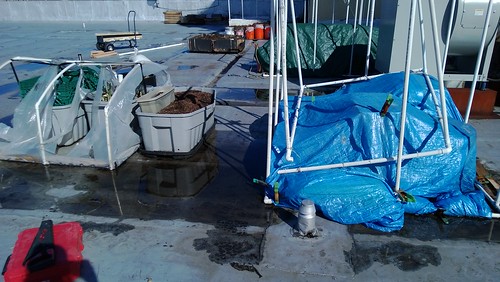 Then it was the smaller greenhouse.  In this picture it’s off to the left and it was destroyed by the wind.  It had a few holes in it, then suddenly the wind just ripped it apart. 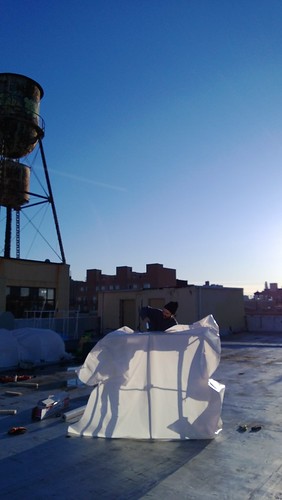 So we covered that up with some new plastic.. 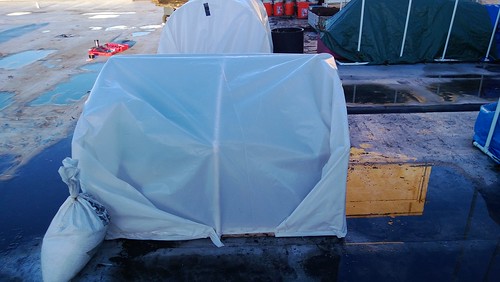 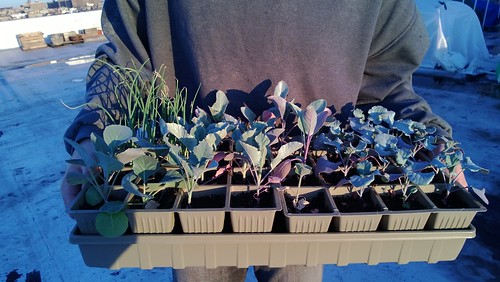 Speaking of seedlings.  Say hello to them! I will do another post focused on them. :D) 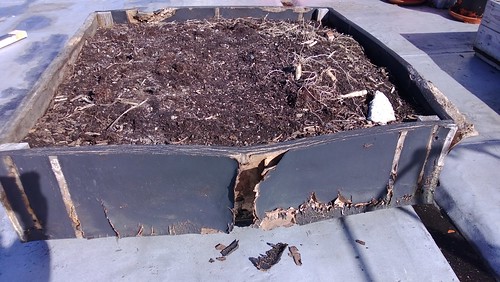 Then it was time to replace this box.  This has been with us since the beginning of the garden and it’s seen it’s last days. 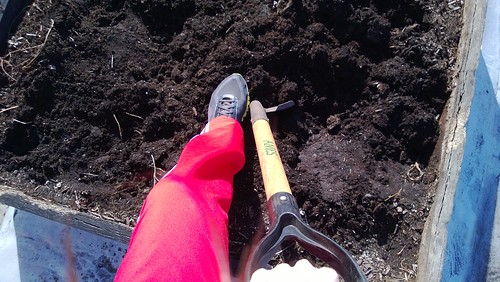 So I hulked up and shoveled all the soil out of this box.  My heavens, there is alot of soil in one box! 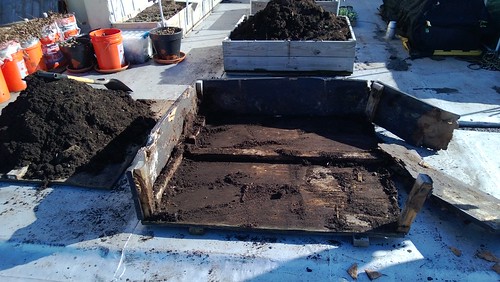 Box is now all empty.. time to take it apart. 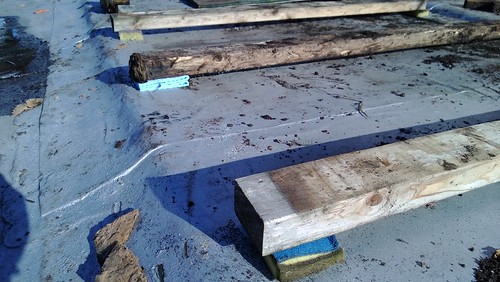 Before we put the new box down we built we put sponges down.  This will protect the roof so the wood won’t lay on it. 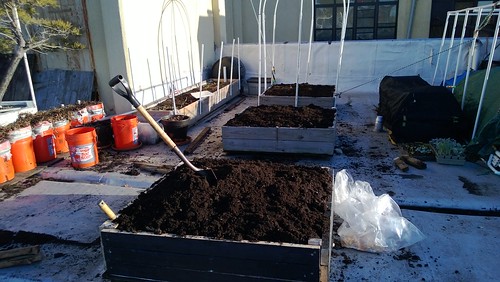 New box all filled back up now! High 5. I’m exhausted. 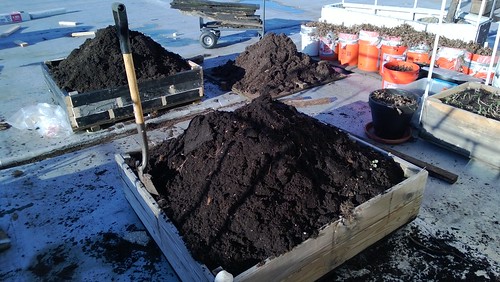 Then we had to empty every single box to turn over the soil.  This is such hard work.  I almost took a nap. 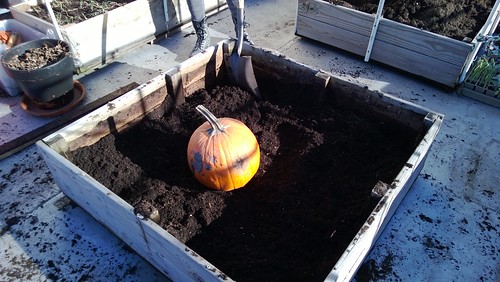 This is Mr. Pumpkin who has been with us since October.  He’s finally saying goodbye and needs to be released back into the soil.  We will miss you Pumpkin man who has brought me so much joy every single day seeing him in the kitchen 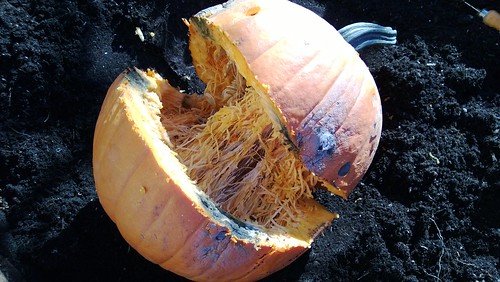 So I did the sad honors of cutting him open so we could compost him. 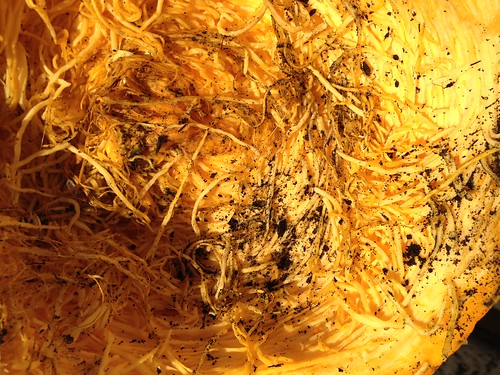 Isn’t the inside of a pumpkin amazing? 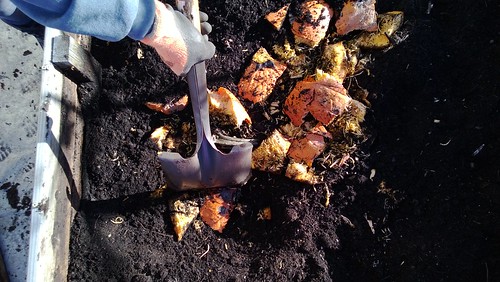 While Matthew was smashing the pumpkin up I pretended to be the pumpkin and said things in my pumpkin voice such as “Oh don’t hurt me”, “OOO that feels good”, “hehehe that tickles”.  I amuse myself. 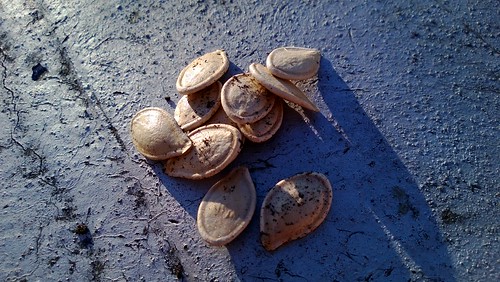 I saved some pumpkins from him.  I will try to grow these.  I like keeping it in the family if possible. 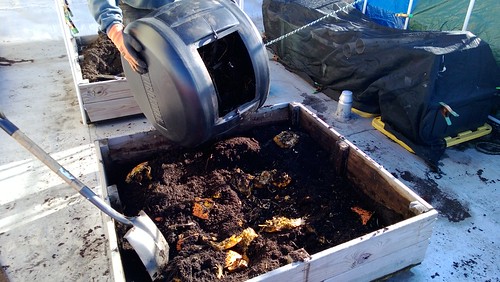 Then we brought over the compost that has been working it’s magic all winter. 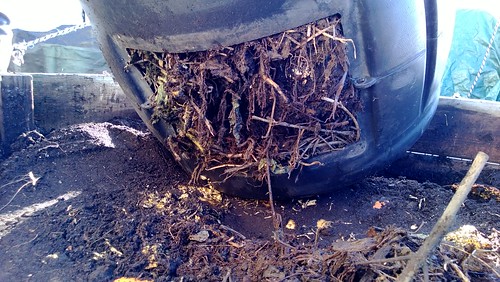 Oh delicious compost soil that the garden loves.  This will cause big strong plants! 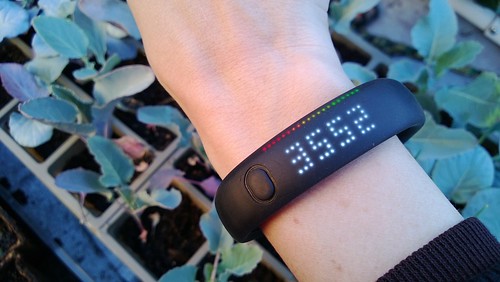 We worked hard this afternoon.  So hard that by 5PM I already had my Fuel Points goal! 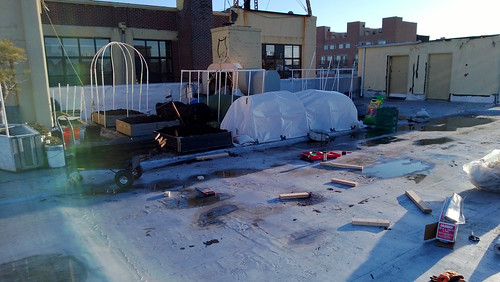 Excited for the new year of growing..  Happy gardening!