Soybean season was here… and now it’s gone.   But don’t worry there’s plenty of memories to stick around… like the pounds of soybeans in my freezer right now!

Soybeans are one of my favorite vegetables to grow but it’s also one of the most intense plants once it’s ready to harvest.   Growing, they are pretty easy to deal with.  Give them a little water and a hug every few days ago and the soybeans will grow so bushy and tall you won’t be able to see over them.  But once it’s time to pick these soybeans, then put a day (or more) aside!  Even though they are hard work to pick, they are totally worth it.  Soybeans are a favorite for pasta dishes, stews, stir-fries and currently we are obsessed with soybean pesto!  I’ll be posting that recipe later this week so keep a soybean loving eye out for it!

The soybeans were planted directly in their containers on June 14 and were harvested September 3.  We grow 12-16 plants per 27 gallon container.  You can plant quite a few  soybean plants in containers making them great for small spaces.  Each plant yields quite a number of soybeans too.   Once they’re big enough they tend to support each other and just grow into one another.  We put a few tall garden stakes into the container to try to help support them so they aren’t lying on the rooftop but for the most part they have a mind of their own and just want to grow big.

Here’s the soybeans right before they were cut down. 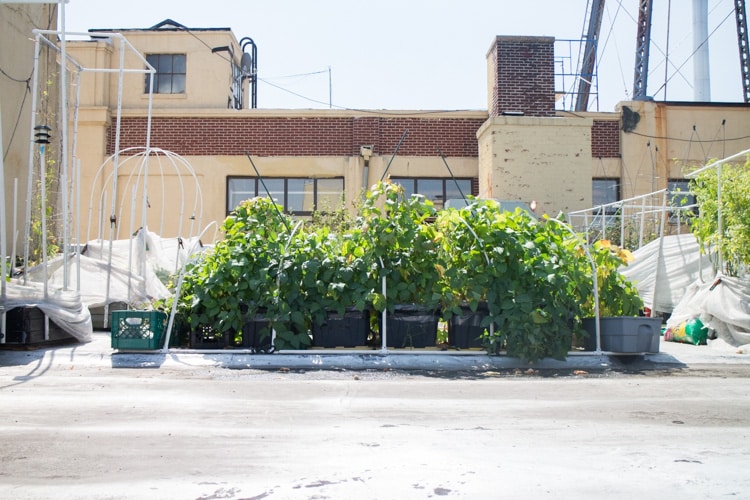 The process of harvesting the soybeans takes a few hours and that’s not counting the time of actually removing the beans from their pods which takes… well, forever.  Hours? Days? Months?  Ok I’m being dramatic, not months, but it takes a long time. 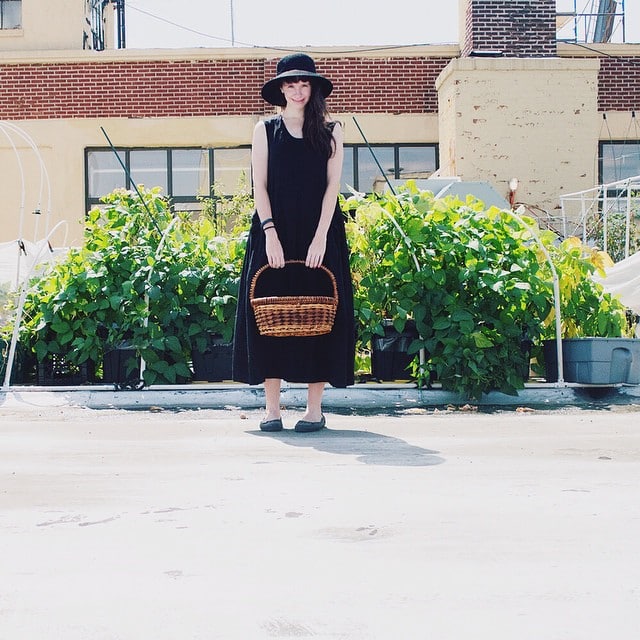 First, a few photos to show the amount of beans that grow on each plant! Isn’t it wild how many there is? 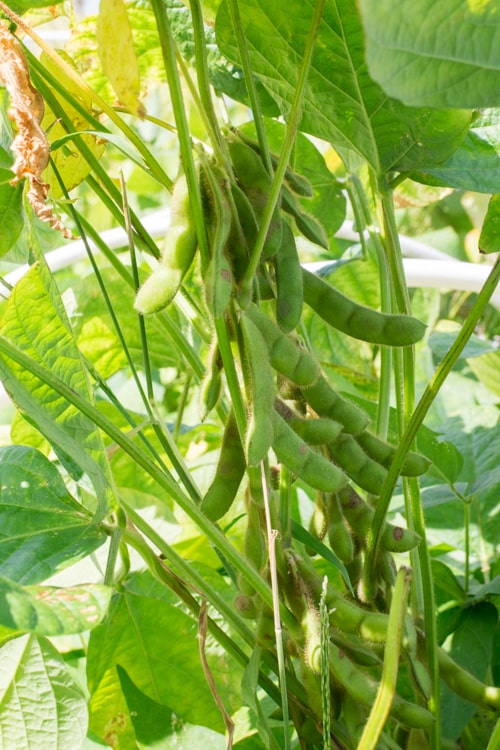 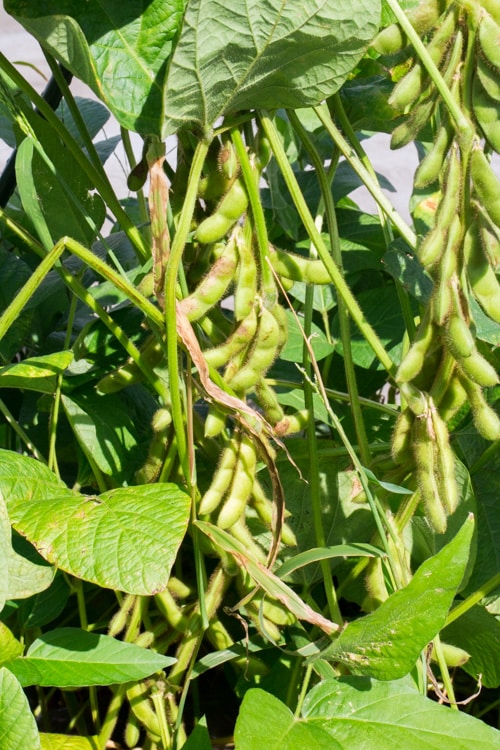 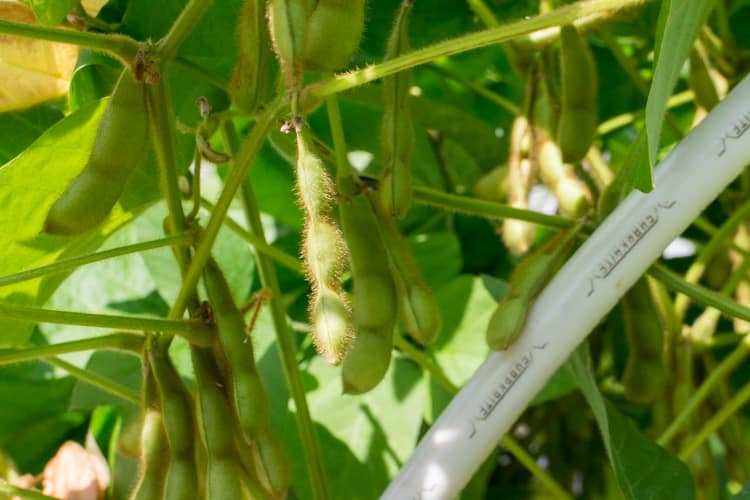 Ok soybeans, I love you but it’s time to come and get you.  Big hug first! 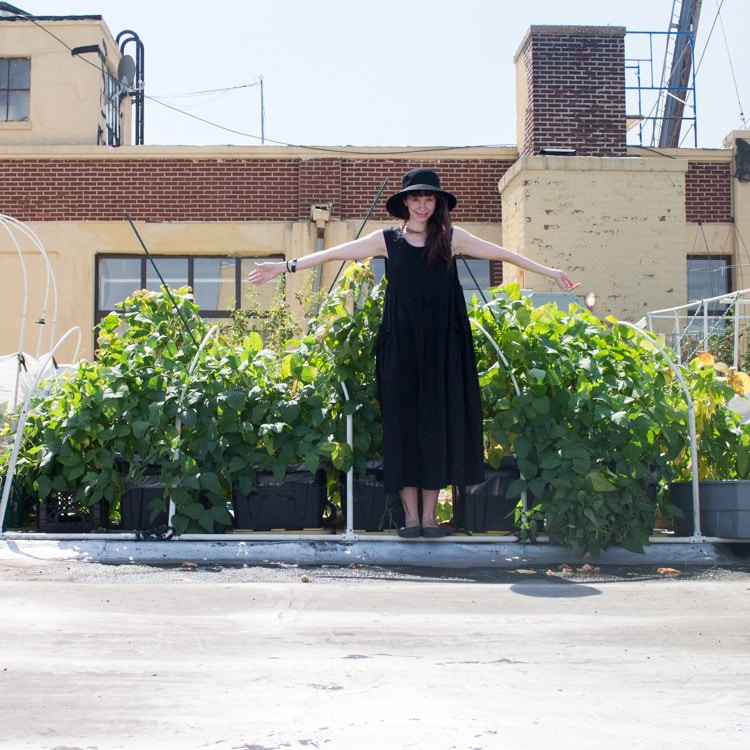 And now I cut you down.. 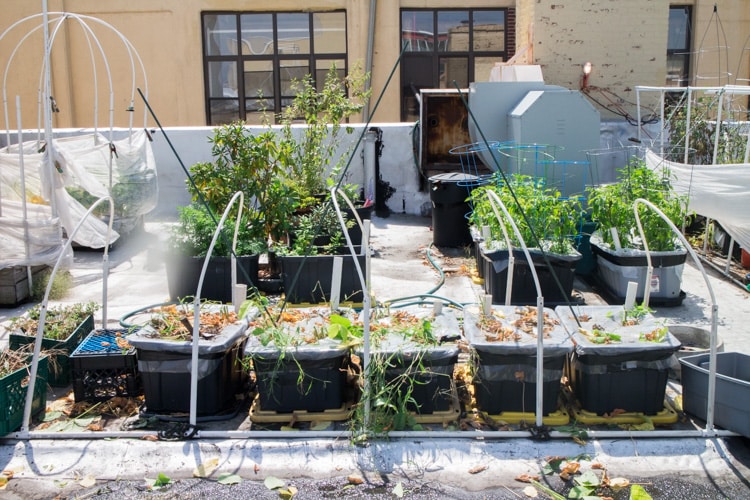 Hi, I’m soybeay lady and these are my soybeans! This is about 1/4 of what was picked! 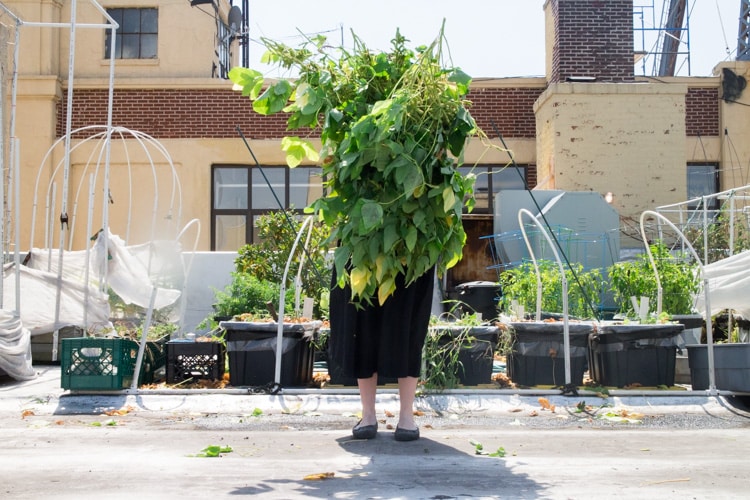 For some reason, I decided to pick one of the hottest days of the Summer to do this.  Summer was supposed to be winding down, but this day was humid, hot and the Sun was in full effect bouncing off our reflective roof. I had my sunhat on, with SPF a million.  I moved all the soybeans to the shade on the roof and then got down to business. 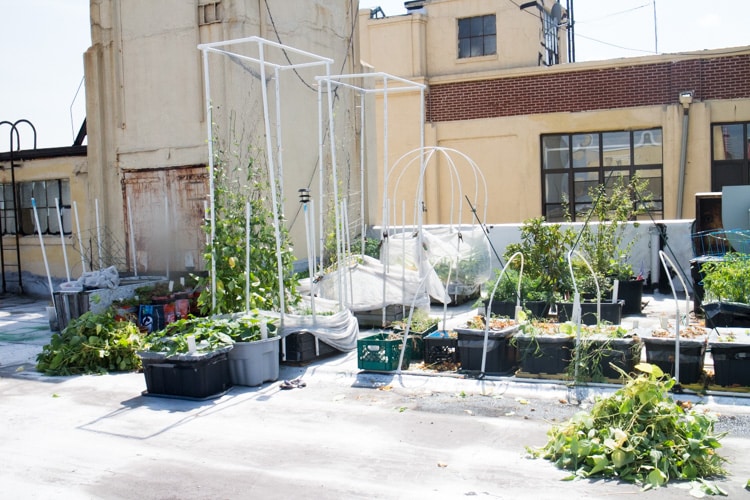 And then to even add more sadness, it was so hot my iPhone shut off in the middle of Abba’s Dancing Queen. 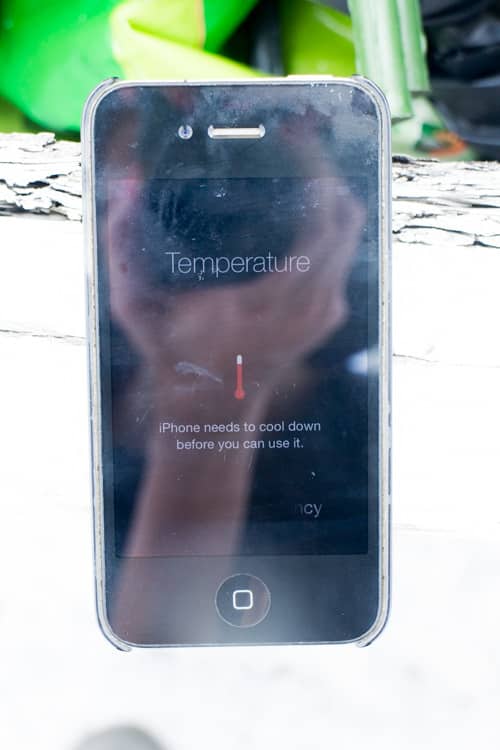 So without music and only the sound of chickens crying for me to come play with them, I started to pull each bean off the plant.
It starts with one. 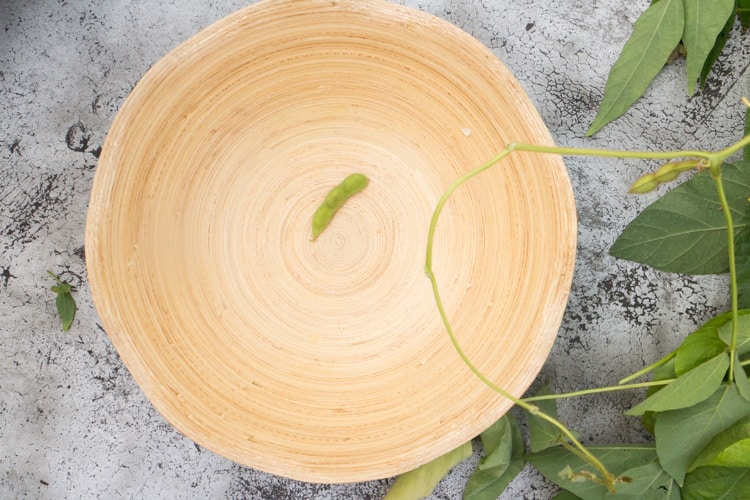 You might notice that some of the photos have a smudge on them, that’s because I was sweating  by this point and couldn’t see the back of the camera at all to see the smudge.   Sorry, but think of it as a sign of hard work! 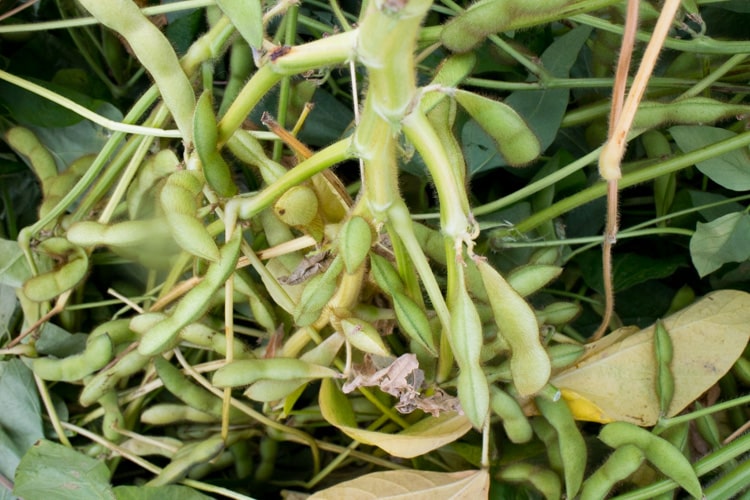 This also brings us to the point of why am I doing this by myself?  Well you see, sometimes there are creepy crawling buggies in these soybeans.  You won’t notice these bugs until you’re sitting down with a plant in your lap and a spider crawls up your leg.  Matthew is very scare of spiders and every year it ends in him throwing a plant and me telling him to stop crying (just kidding, not really).  So this year it was just me and the hope that I didn’t encounter too many spiders.  There was a few, but I surprisingly I didn’t cry out and instead just brushed them aside.   I think it was the heat that gave me the ability not to care about them. 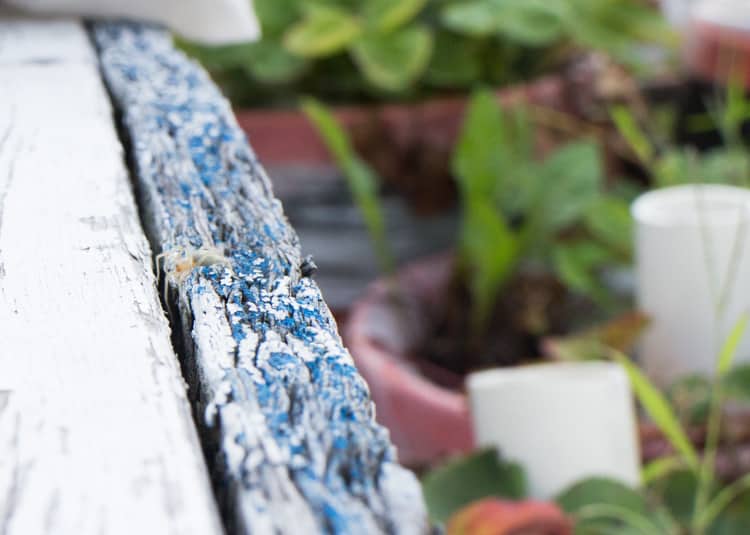 And then it continues… pick them off.. one at a time. 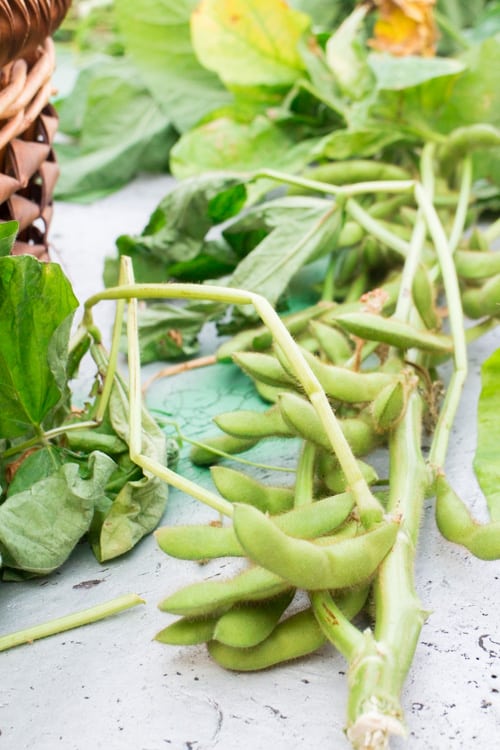 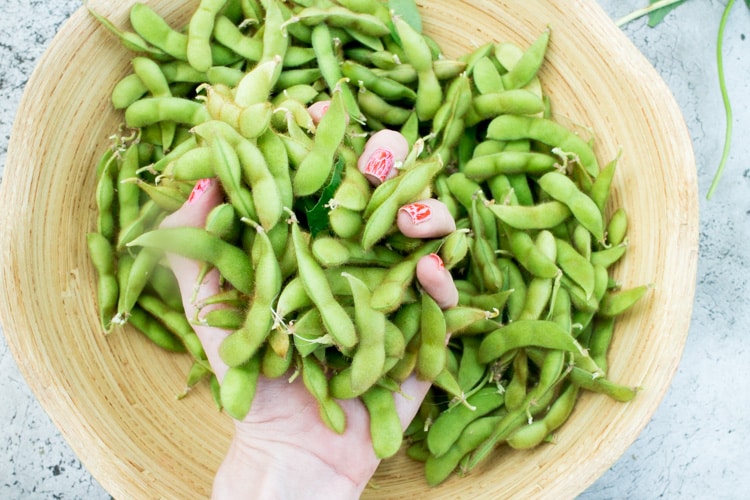 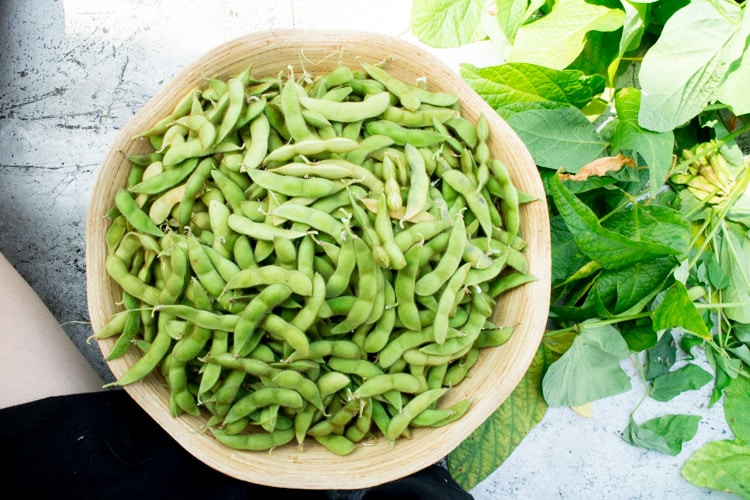 Now time to grab the basket and fill that up too!  Notice by this time in the day my shoes were off. 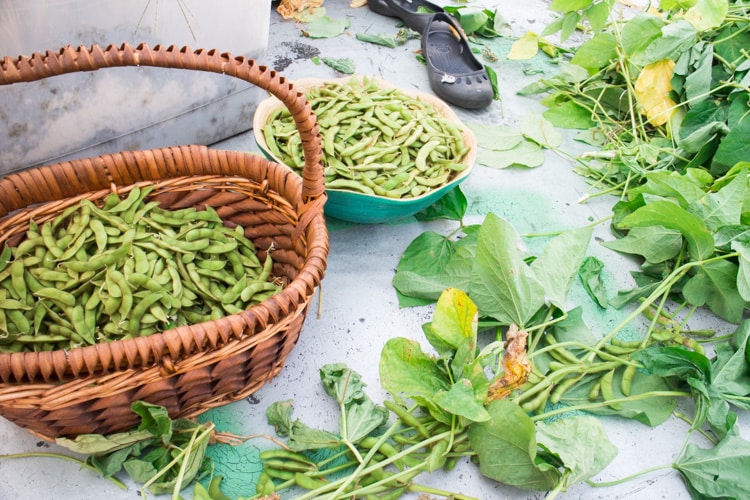 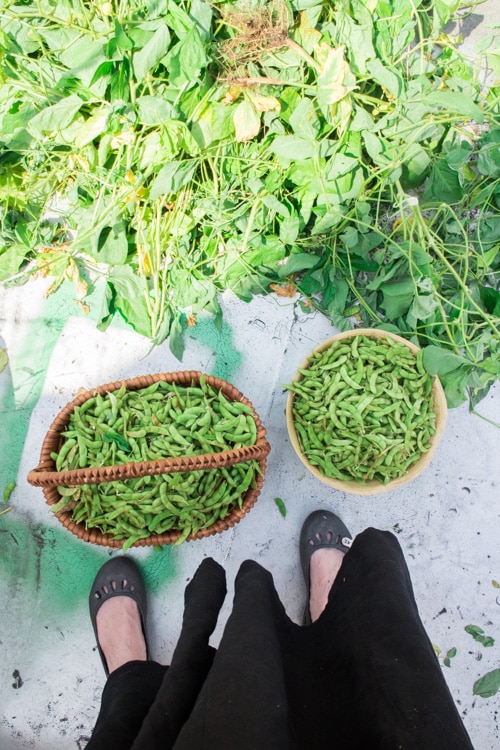 Look at all the soybeans we have! 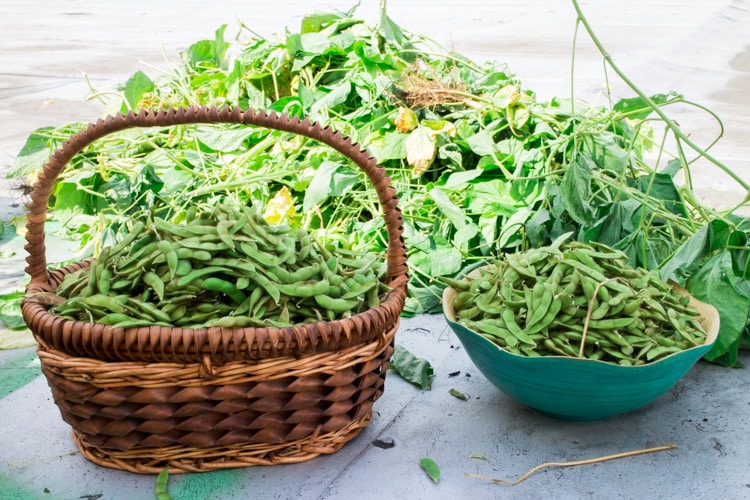 Now who wants to come over and help me take each bean out of the pod? 🙂 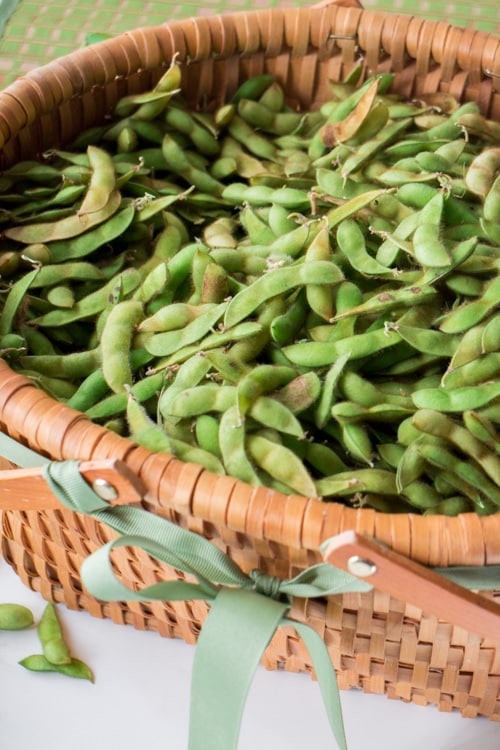 Hope you enjoyed my soybean afternoon.  Does anyone else grow soybeans?