In today’s recipe we’re going to go back to the Edwardian era and make classically delicious Royal Cheddar Cheese Soup.

I have a new favorite cookbook.  It’s called Edwardian Cooking, The Unofficial Downton Abbey Cookbook by Larry Edwards.  I don’t even watch Downton Abbey (YET) and I’m already obsessed.  The cookbook  includes 80 recipes from Sweet to Savory that include Breads, Side Dishes, Entrees, Desserts.  In the opening the author states “Long before there was the rage of organic food, sustained living and natural eating, there was the abbeys of Great Britain. Though Downton Abbey is a fictitious abbey, what we see dramatized is very real.  Also very real in the television dramatization is the food”. 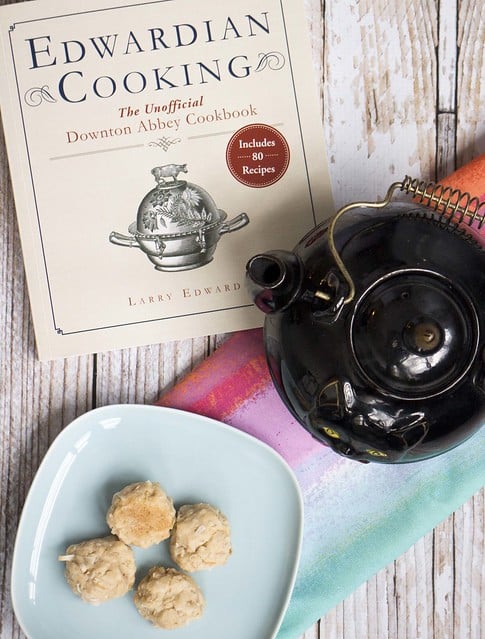 Everything that left the kitchen during this Era was made from scratch. The abbey cook would start their day around 6AM and the day would last 18 hours.  They would prepare 8 meals a day (including meals for the abbey staff). Besides the meals they would also prepare food for the High Teas and many social gatherings on the grounds of the Abbey. Hard work, right?

For this recipe here I have to warn you that this Royal Cheddar Cheese Soup is delicious.  Not only was it good for dinner but I made so much we also had it for leftovers the following day and it even warmed up beautifully.   I’m also pretty proud of myself because this recipe calls for onions and since they are pureed up I totally ate (slurped) them and enjoyed every minute of it!

During the Edwardian era it was pratically required that if you served bread with a meal, you had to serve soup. These people knew how to live!  The most popular soup among the aristocrats was the smooth Royal Cheddar Cheese Soup.  The book describes it as the “quintessental English soup” as it includes potatoes, onions, cream and cheese.  When this soup was served it was never served hot.  It was always served at room temperature so guests at the abbey would not have to blow on the soup (the horror!).

Lastly, it’s cool to note this Soup was always served at dinners when special guests were present.. so consider yourself fancy and enjoy this delicious Satiny Smooth Soup! 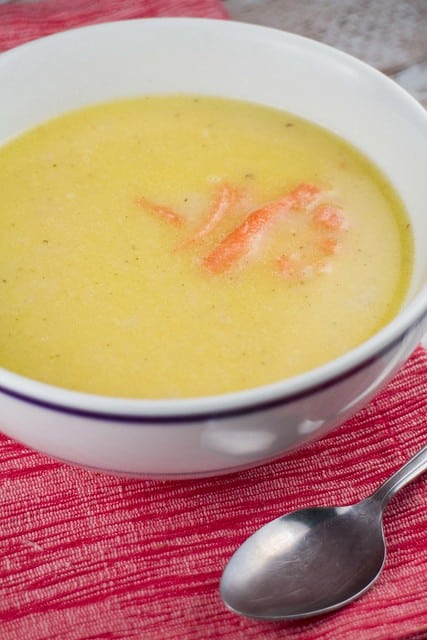 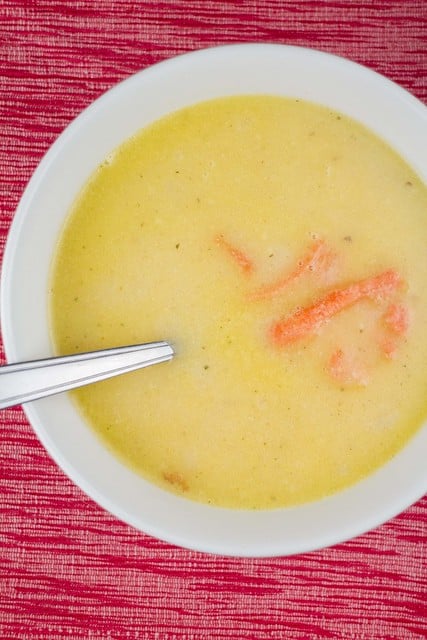 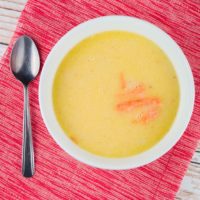 Adapted from Edwardian Cooking, The Unofficial Downton Abbey Cookbook by Larry Edwards
Did you make this?I love seeing what you’ve made! Tag me on Instagram at @BrooklynFarmGirl and don’t forget to leave a comment & rating below.