Wobbert brings all the boys to the yard.. and the girls… and the yard is my house.. and Wobbert has treats in his belly.. and this isn’t exactly a Kelis song but the beginning of this post was too good for me to pass up. La la-la la la.

You guys, Wobbert.  Life is all about Wobbert right now.

Remember when Tickle Me Elmo was huge and your parents stood in line for 8 hours for you so you didn’t cry on Christmas morning? I feel like if your cats find out about Wobbert, it’s going to be like that. This is honestly one of our cats favorite toys ever. How much does Toes, FiFi Bofinkles, Goblin, Brother and Xanadu love him?  I made a video so you can see.

Here were the first impressions:
Toes – a master at food in general.  Took her only a few minutes and she was throwing it down and eating up those treats.
Bofinkles – thought she could headbutt Wobbert down but eventually she got it.  She really likes eating the ears.
Goblin – rather confused by this all, didn’t really like anyone watching him,  but gave it a try. Brother, Xanadu – they were sleepy, so they were upset that Mom was dragging them out of their bed to try Wobbert.

After first impressions though it was all love.

Let me back up a bit and tell you about how Christmas came early. The cats received their own stocking in the mail full of Friskies treats (their favorite since… forever). 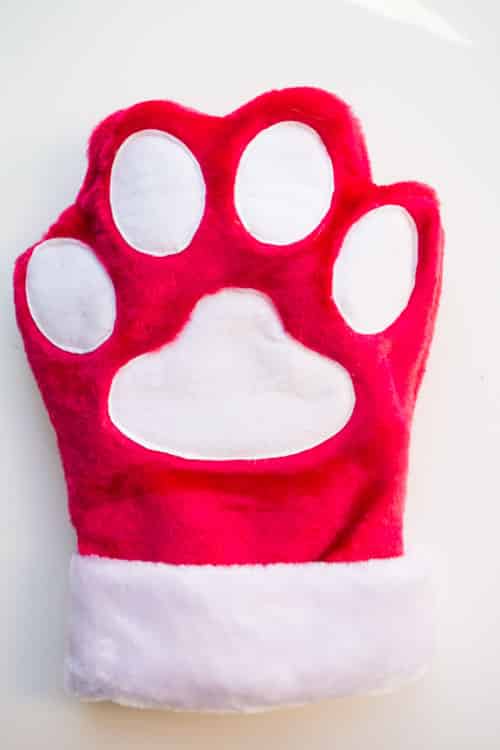 The treats came out of the stocking first.  Xanadu was already licking her chops. By the way how do cats know you have treats?  It’s one of those magical things about them. 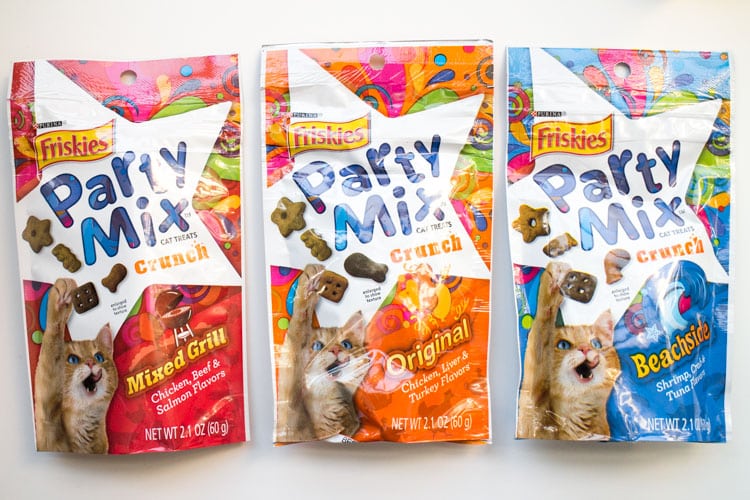 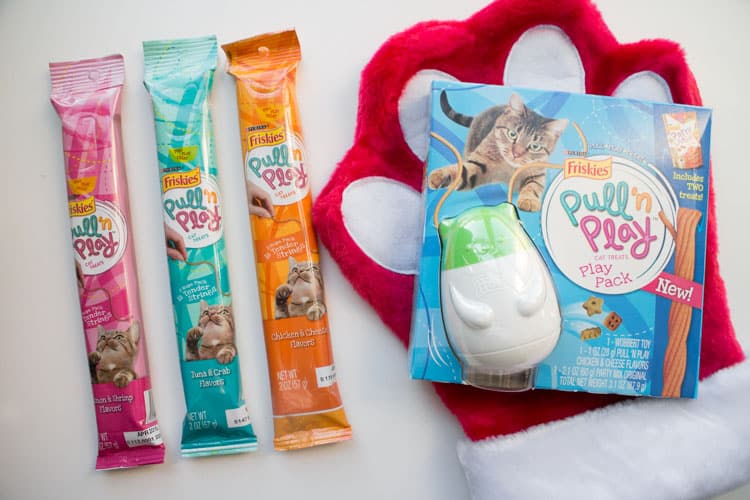 Immediately Goblin was like, “What do you got there?”

“No seriously, Mother, what do you got there?” 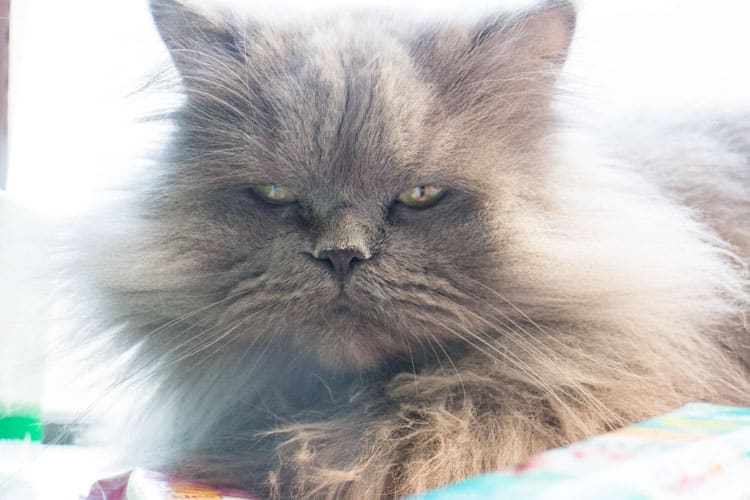 “Hrmmm interesting, let’s give it a shot”.

So I told him the rules.  Wobbert is a fun toy that both dispenses yummy treats and gives your cats play time.  You put the Party Mix treats in his belly and put the Pull n’ Play string through his head so it pops out his ears. 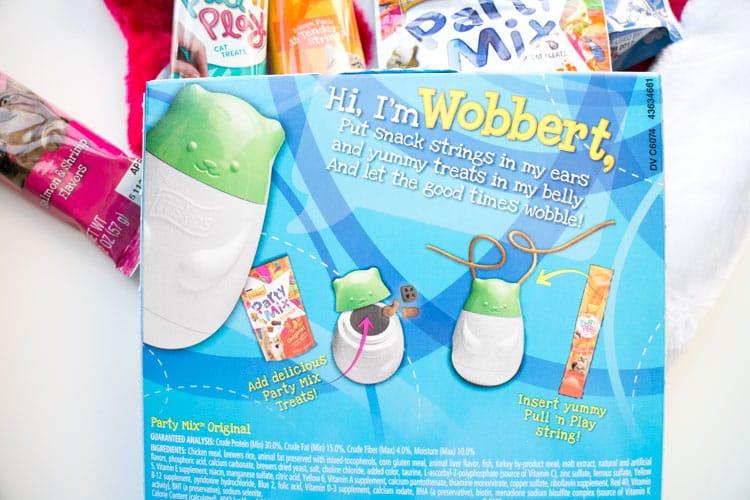 Honestly, I think I’m in love with Wobbert too.  How cute is he (yes, ours is a boy)? 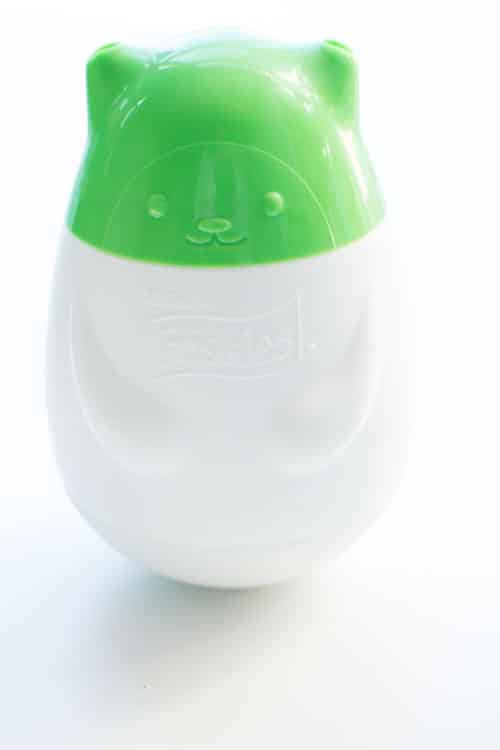 As soon as the treats were inserted Bofinkles showed up to show everyone who was boss.   “Ok, who is this Wobbert, and why does he have funny (and tasty) ears?” 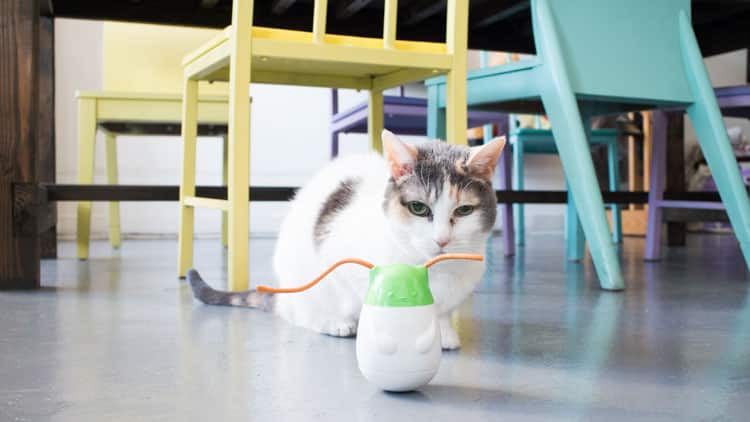 And then she ate half of his ears. 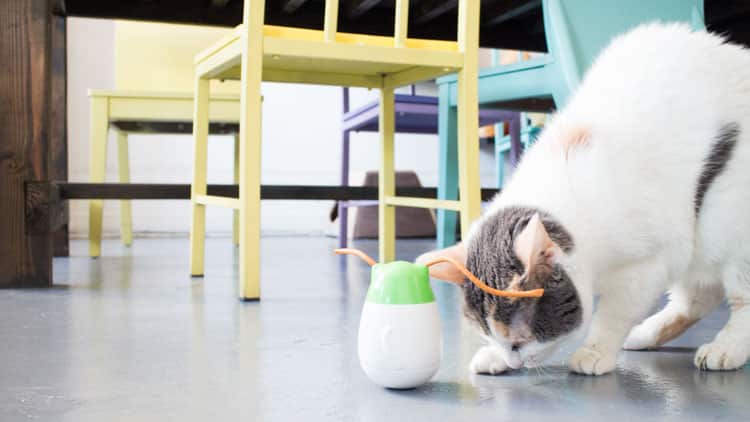 And then Goblin showed up to try to get a nibble on his ear too.

And then Bofinkles was like “Put the camera away because I’m about to go wild”. 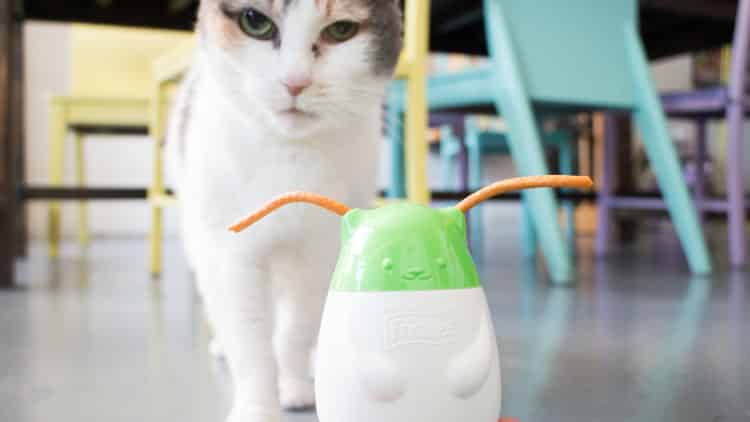 Eventually Toes showed up.  Toes is our baby but she’s a big Maine Coon with a strong appetite.  At that time noone still pushed Wobbert down to get the treats out.  Toes marched in and showed everyone how it was done.

“Let me show you Goblin!” 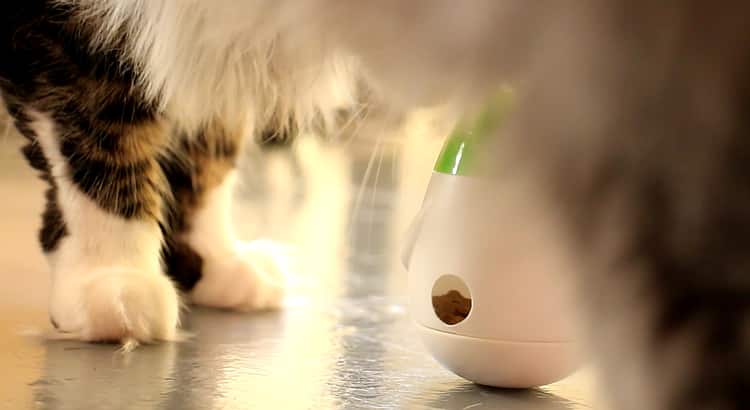 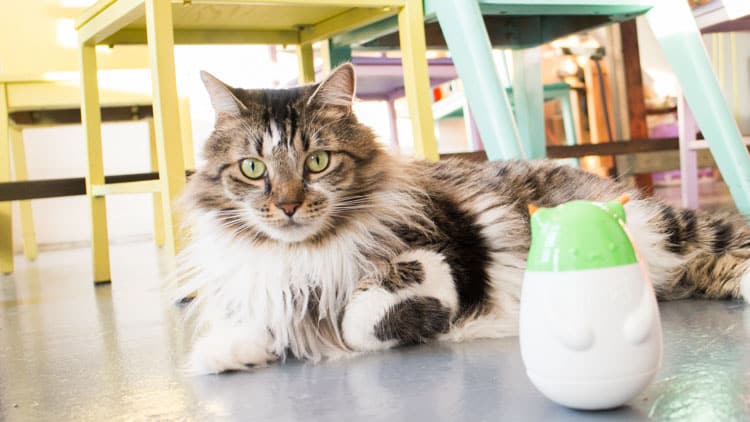 I was still in the cat game spirit so I also tried to get my cats involved with the interactive Wobbert game that you can load from your computer or tablet.  Does anyone else try to teach their cats computers? 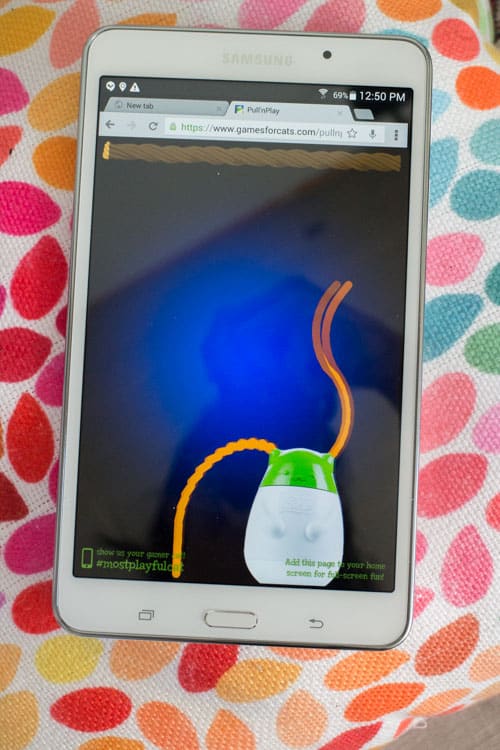 Xanadu immediately sat up when I showed her the screen and plotted the end of Wobbert. Siamese.. they’re evil. 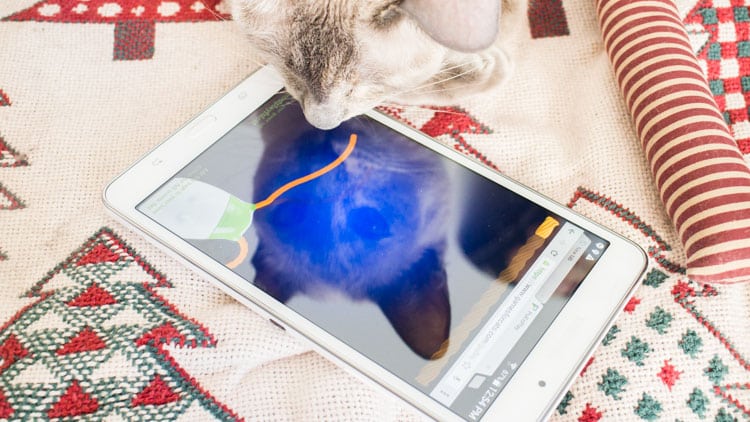 And then she rolled around and didn’t seem to intimidate Wobbert at all with her technique. 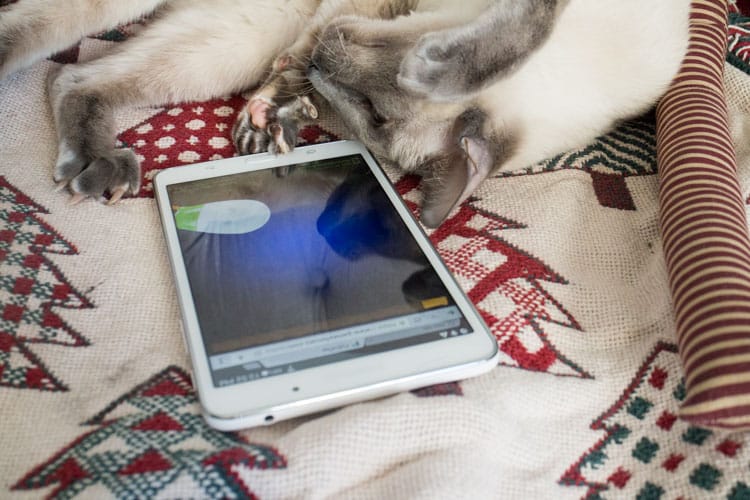 If you have a cat please get them one of these for Christmas.  If you have 3 cats get every single one of them a Wobbert.  They’ll love it. I promise you. 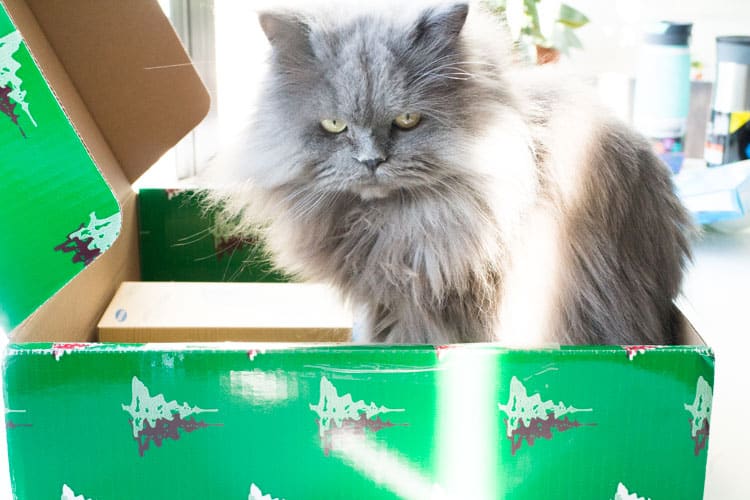 And now Goblin, alright already.  I’ll give you what you really want… the box.