Brother Bear is our very special cat.   He gets lots of special attention for many reasons:

-He has the softest meow in the world.

-He is scared of thunder.

-He just wants to hang out, he’s our bodyguard cat.

-When we first got him, he was going through tough times with different illnesses.  After many trips to the vet, operation, quarantine, we gained his trust for always being there and telling him it was going to be ok.  It wasn’t easy in the beginning.

Brother is a Maine Coon, also known as the breed of gentle giants, and that is what he is.  He’s 15 pounds of strong body, but has the gentlest baby like personality.

Below is one morning with him.. 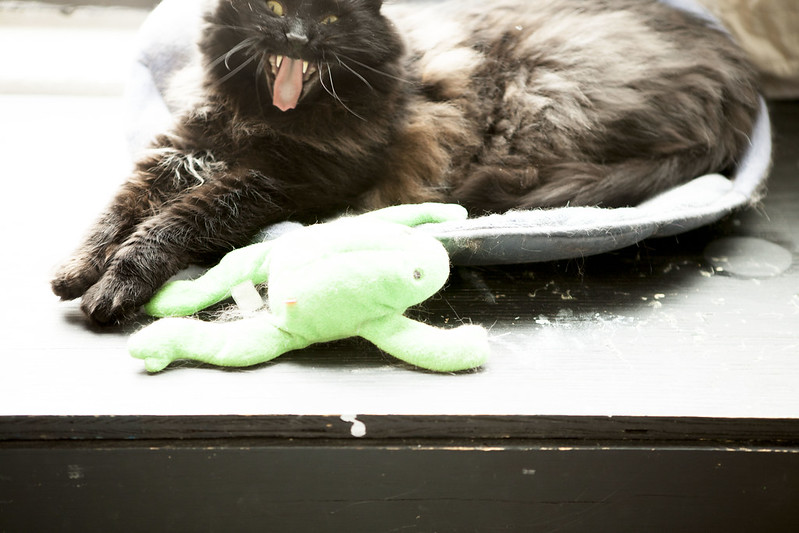 When I wake up I can usually find him in this blue bed during the Spring time mornings. He has the best yawns. 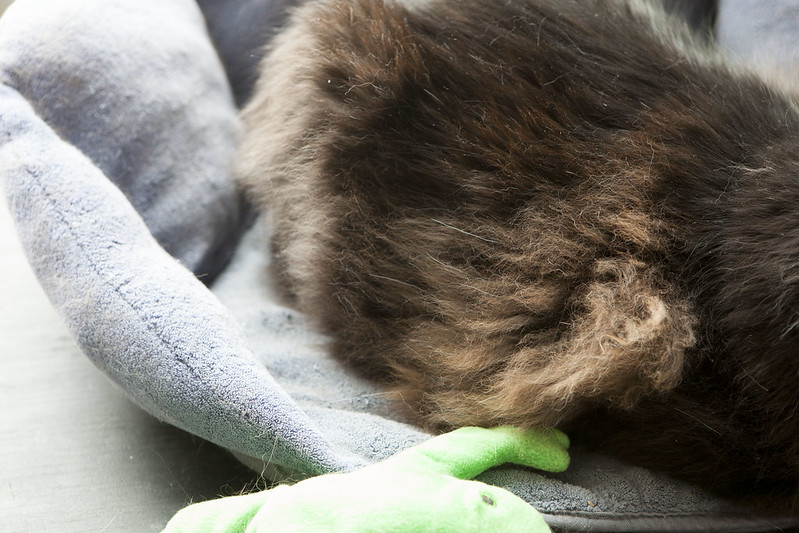 He has the fluffiest “wings”. 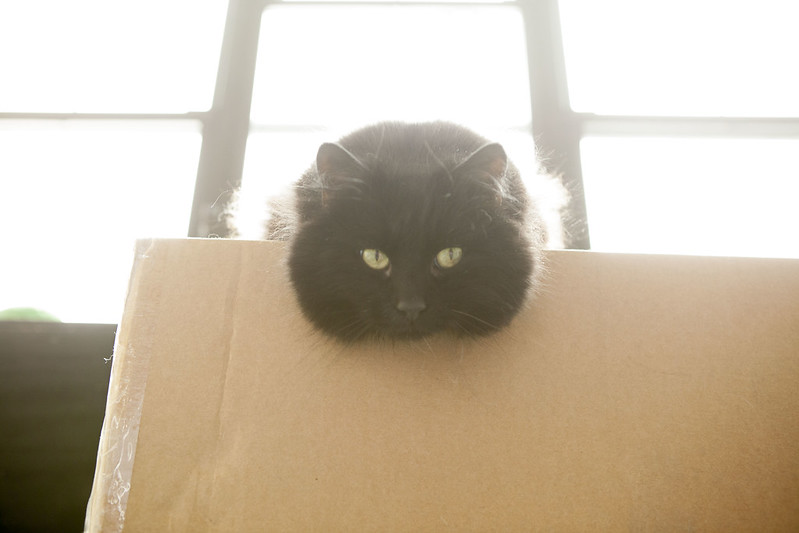 Then he jumped down onto a box and put his head down.  This is his preferred way of laying. 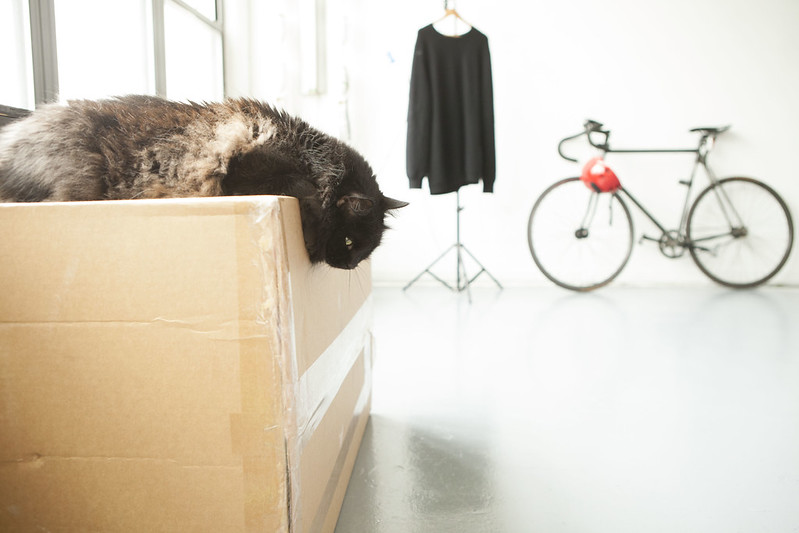 He can stay like this for hours, and does. 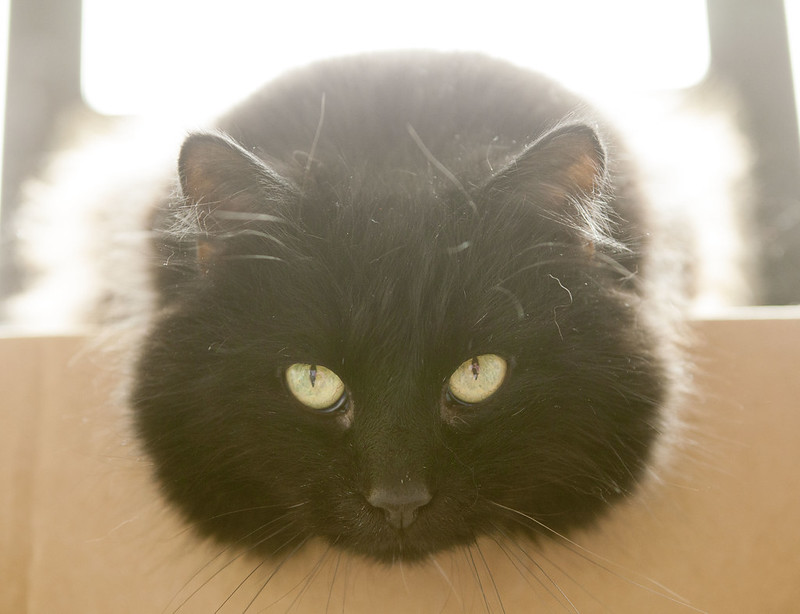 So I like to crawl under him and rub his chin. 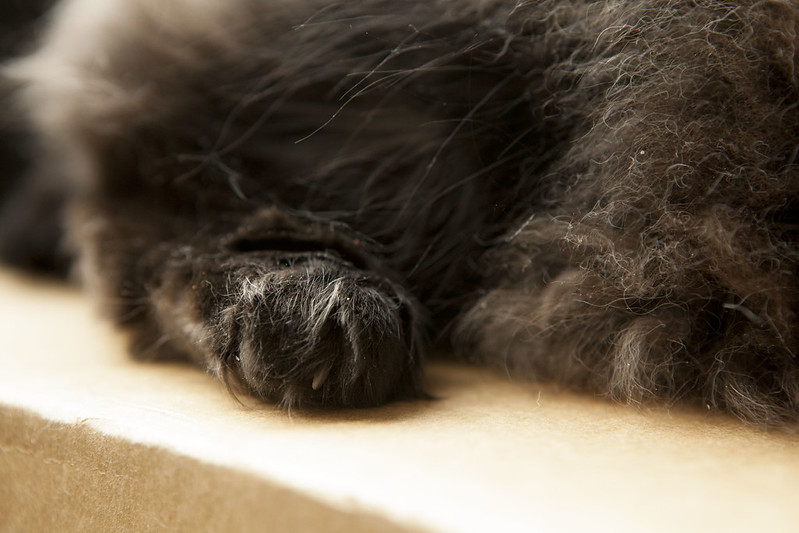 Every now and then he will let me touch his toes. 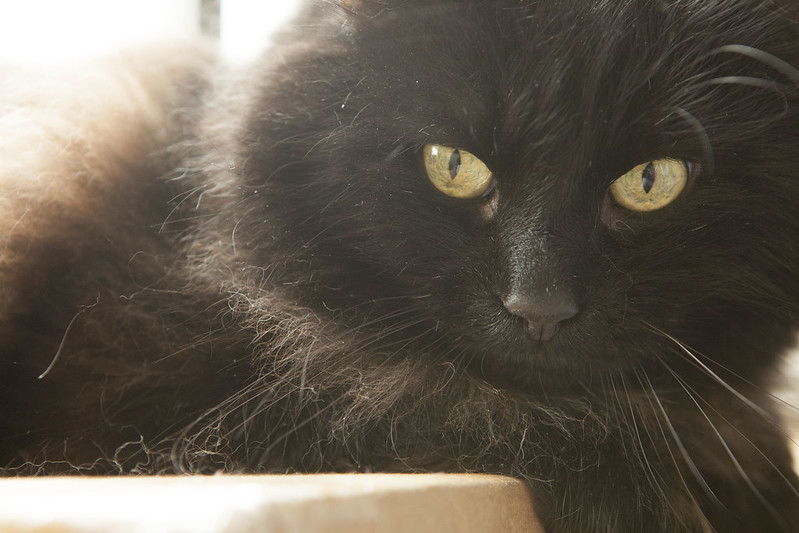 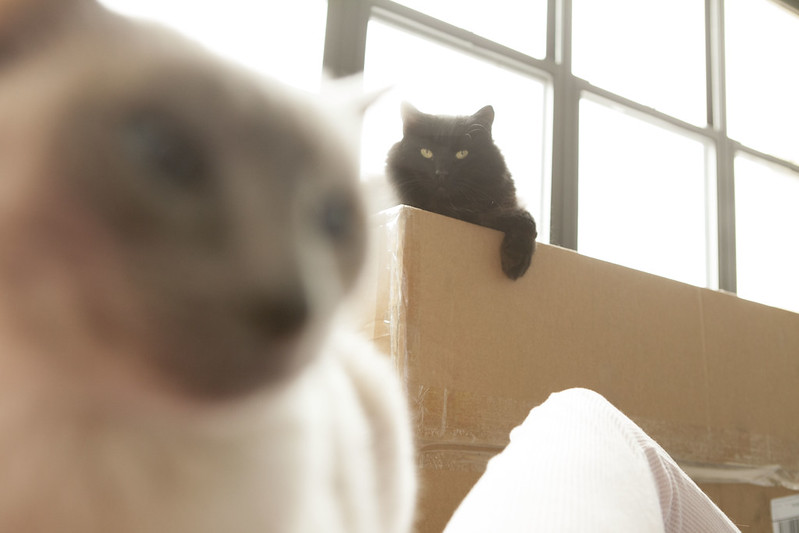 Then Xanadu showed up and plopped herself on my belly.  But back to the Brother show.. 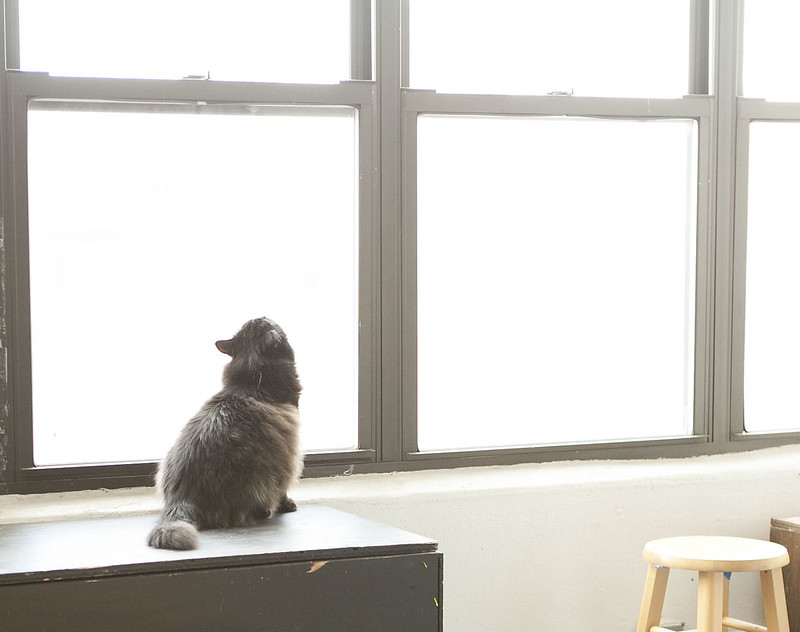 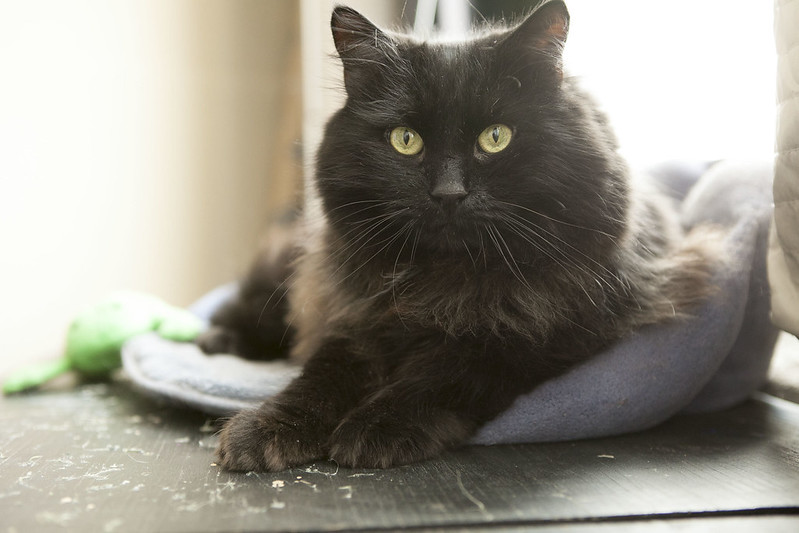 His paws are always stretched out in the most elegant manner. 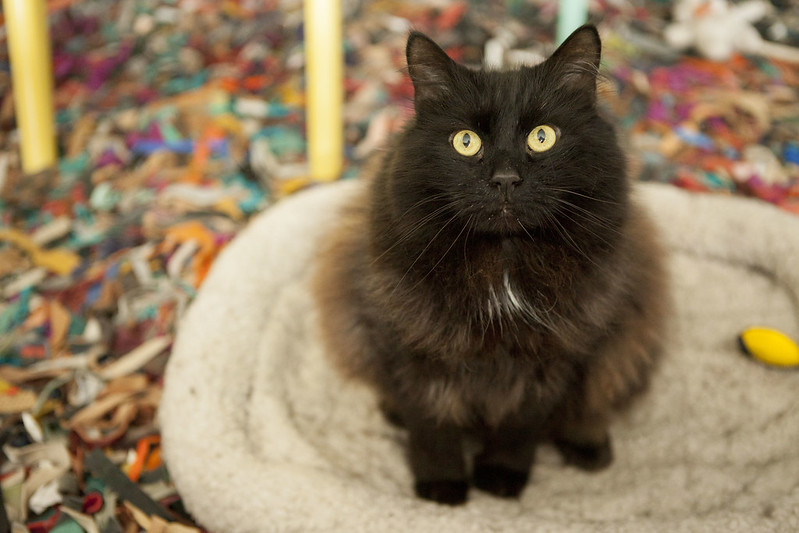 When he looks up at you with those eyes – Oh man, I melt.  After I took this picture I just picked him up and kissed him all over. 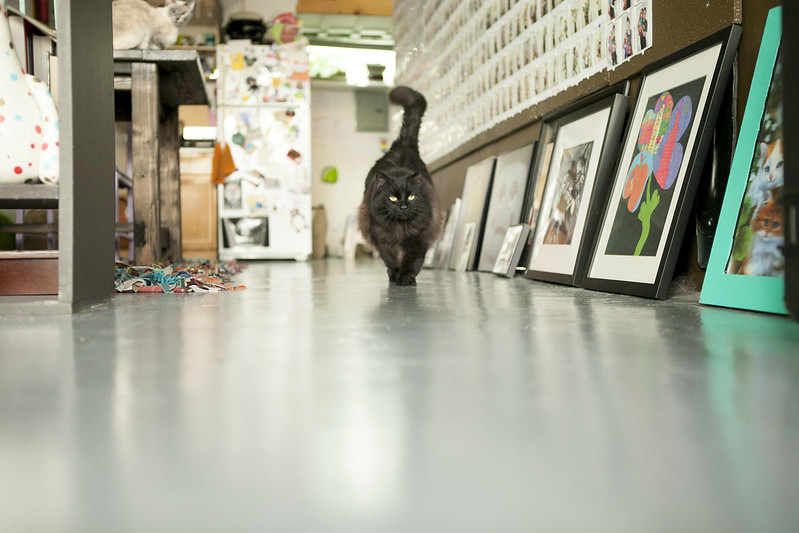 And when you call for him, he runs.  He’s happy, he’s excited.  It’s the best feeling in the world to get home and see Brother Bear run for you, just to rub his cheeks all over your ankles. 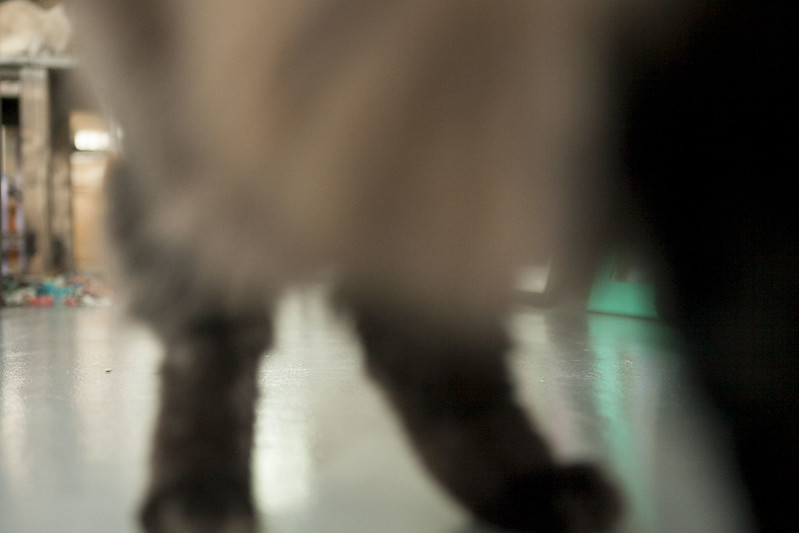 So that is what we did.  We rubbed, we cuddled.