This is a sponsored post written by me on behalf of Muse Cat Food. All opinions are 100% mine.

The title is true.  I’m declaring my love for Brother Bear.

In typical Maine Coon fashion he’s a gentle giant.   Because of his size if he looks at any of the other cats in the eyes, they will run away because they don’t want to wrestle with him (Brother always wins).  But don’t let that fool you.  Brother is a sweet heart, and loves to be cuddled and kissed by his Mom. He’s scared of the smallest of storms and demands to hide in my underwear drawer until the storm passes. 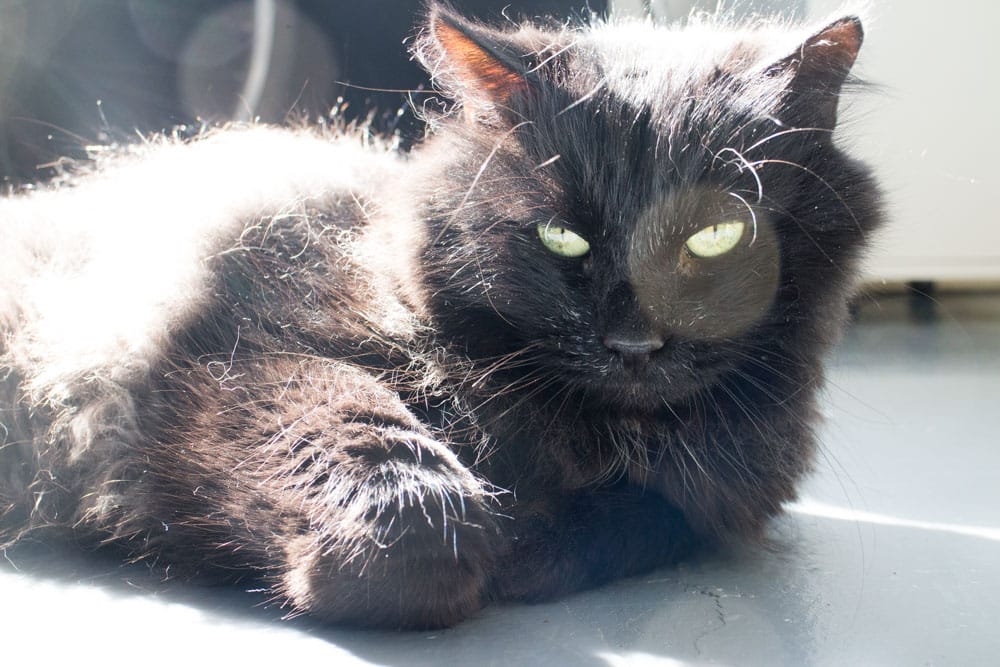 He’s a quiet boy, doesn’t really like cat toys or treats, instead just likes to lay near you (never on you) to protect.   When I go to sleep, I stand with the bedroom door open, knowing that he will show up in a few seconds to go to sleep near me on the floor.  When I wake up in the morning, he will jump off the dresser and follow me out. 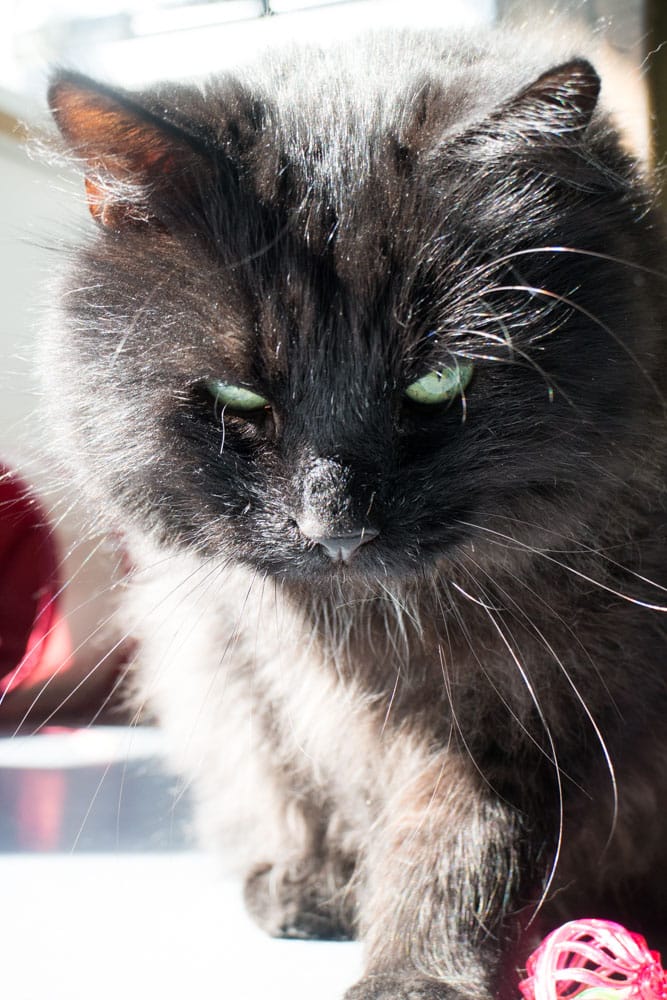 He’s a shy boy to strangers and likes to sleep in the bedroom if we have friends over.  As soon as he hears the front door close and knows his Mom and Dad are alone again, he’ll make his way out and rub his head all over us.

Brother, stop being so shy and smile for my blog friends. 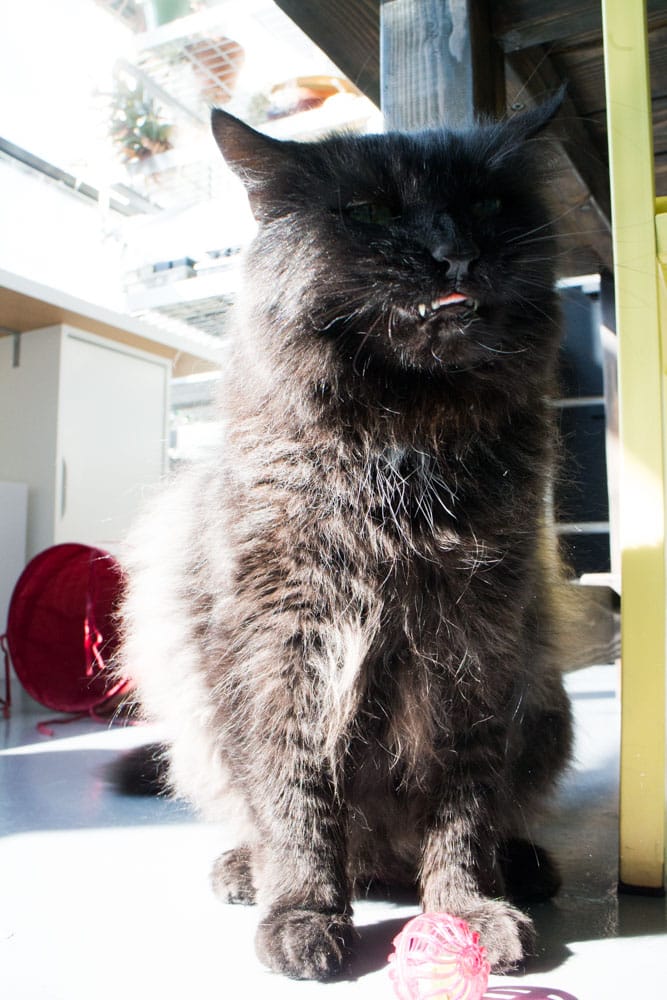 Brother, wow, now that is a big smile! 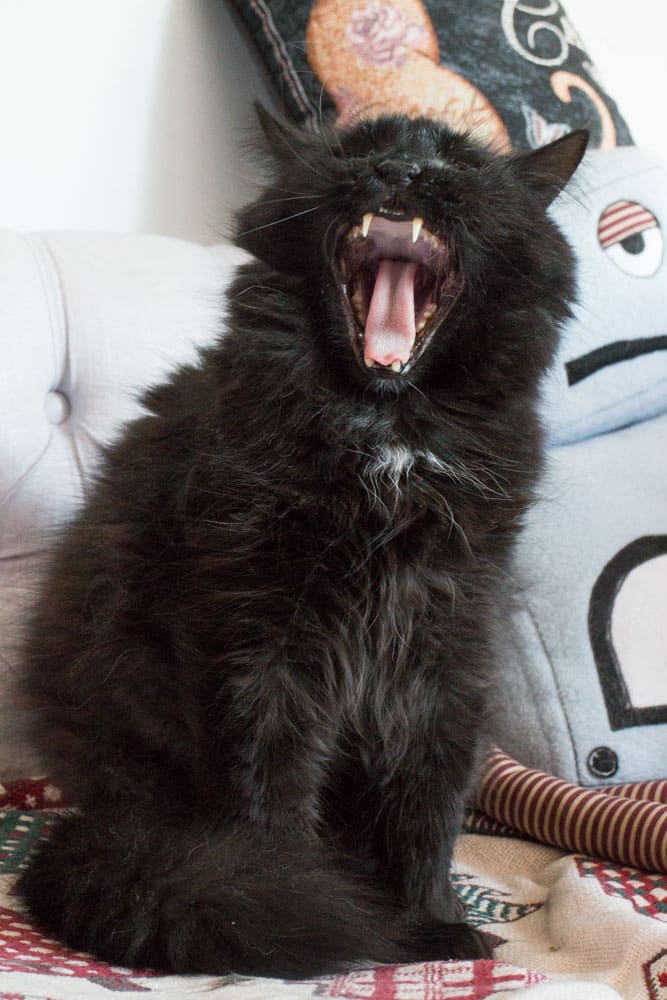 Goblin loves Brother Bear dearly. Goblin is half his size but believes in his heart he can still beat Brother in a wrestling match (Brother always wins).  In typical Goblin fashion, he takes his paws, lays upside down in front of Brother Bear and softly taps him on the belly.  This is his way of asking for him to wrestle him. Goblin is not very good at fighting. 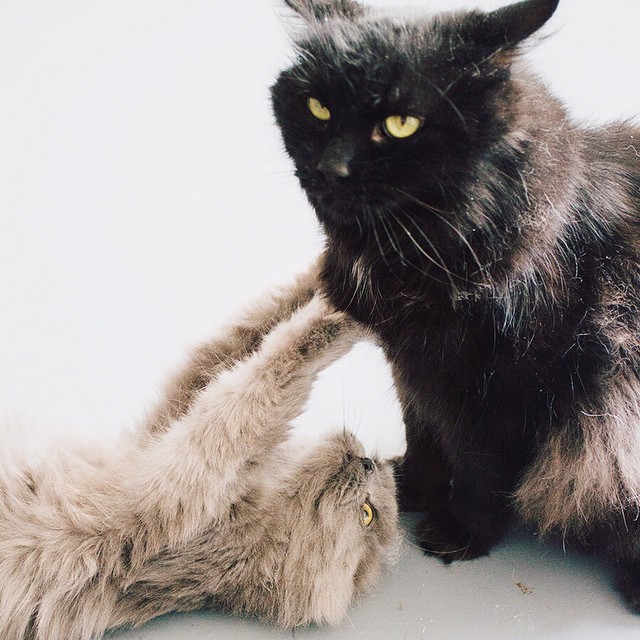 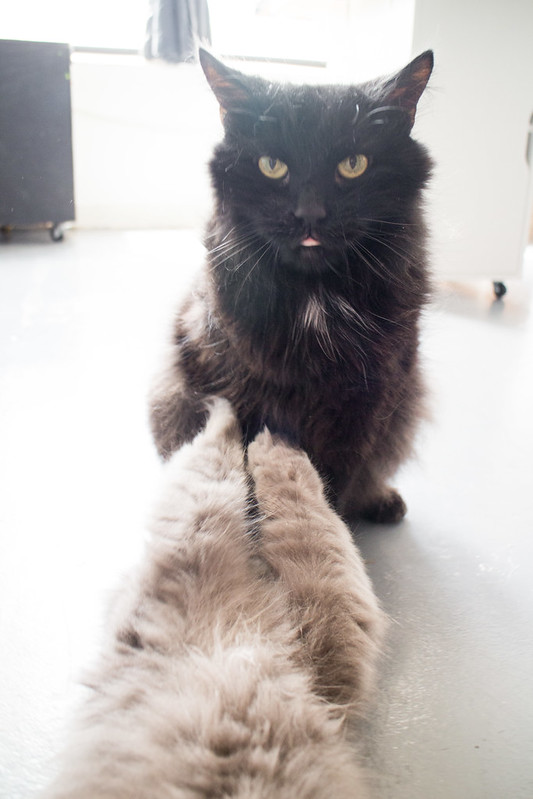 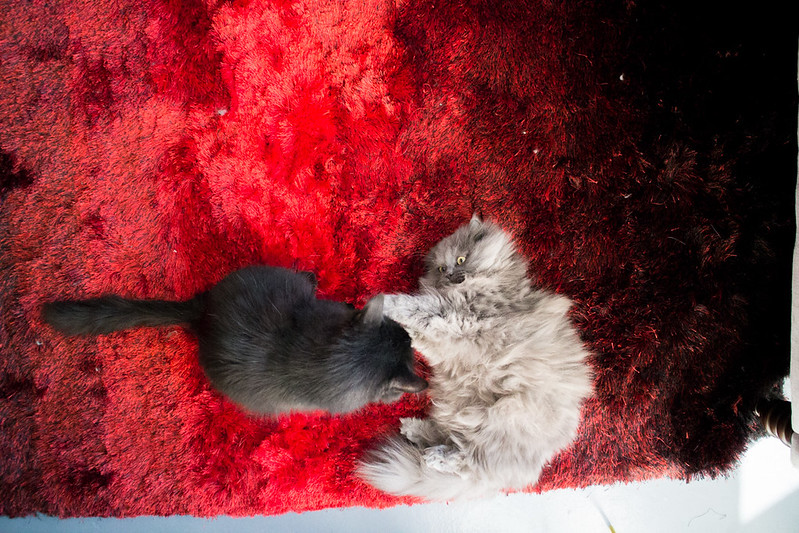 Once Goblin put Brother in a head lock but it didn’t last long.  Don’t you love how it’s obvious that Brother bear is just letting  Goblin do this to him for fun?   He’s a good older brother. 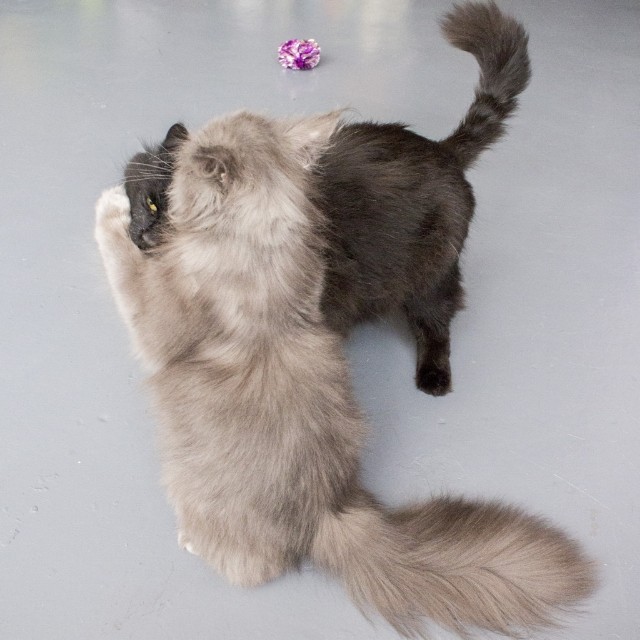 Goblin tries to cuddle with Brother as much as he can.  Out of all the cats, he allows Goblin to be closest to him. 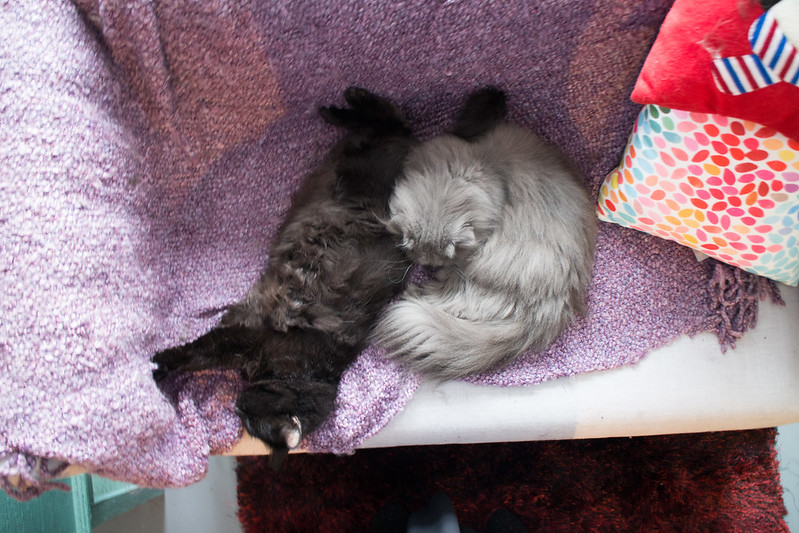 Goblin loves him so much that even when he isn’t cuddling with him, he sleeps with a Brother bear pillow! 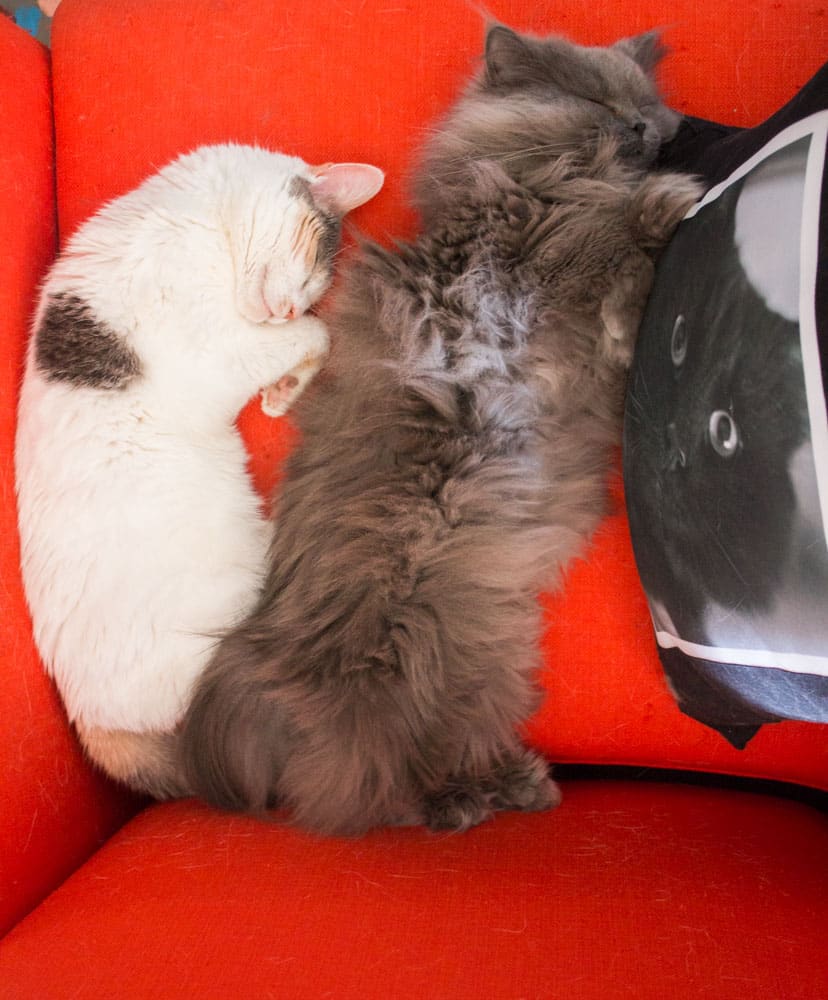 Because I love Brother Bear so much I want to spoil him with all the things he loves in life, which is belly rubs, cheek rubs and wet food.  As soon as you give a tap of the cat food can, he’ll jump off the couch and come running.   Brother loves Muse Natural food the best, he goes crazy when he smells the delicious broth food.  He’ll follow me to his bowl, purring, while licking his lips while I drop the Natural Chicken and Tuna recipe food into his bowl. 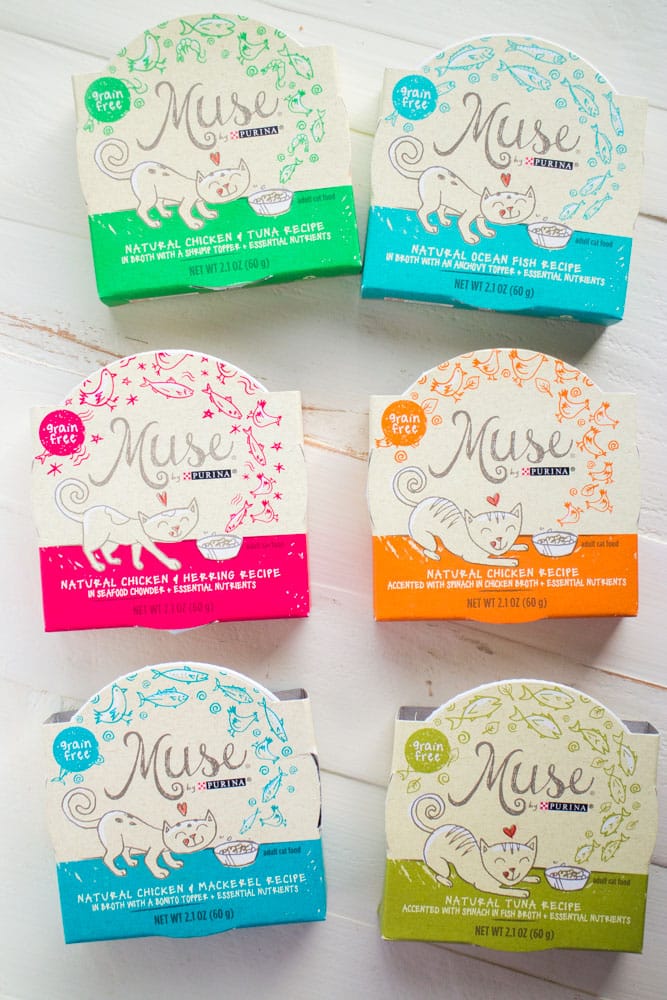 Muse food is made with natural ingredients, including real fish and poultry.  There’s no artificial flavors, colors, or soy which makes me feel good about what I’m feeding Brother (and our other cats).   It’s available in wet or dry and I can tell you that our cats love all the wet varieties.   Wet recipes come in Chowder, In Broth, With Toppers, In Gravy and Paté.   Look at how happy our kitties are at dinner time.  I wish you could hear them slurping up their food! (Not pictured is Xanadu who eats her food on the kitchen island, don’t ask why). 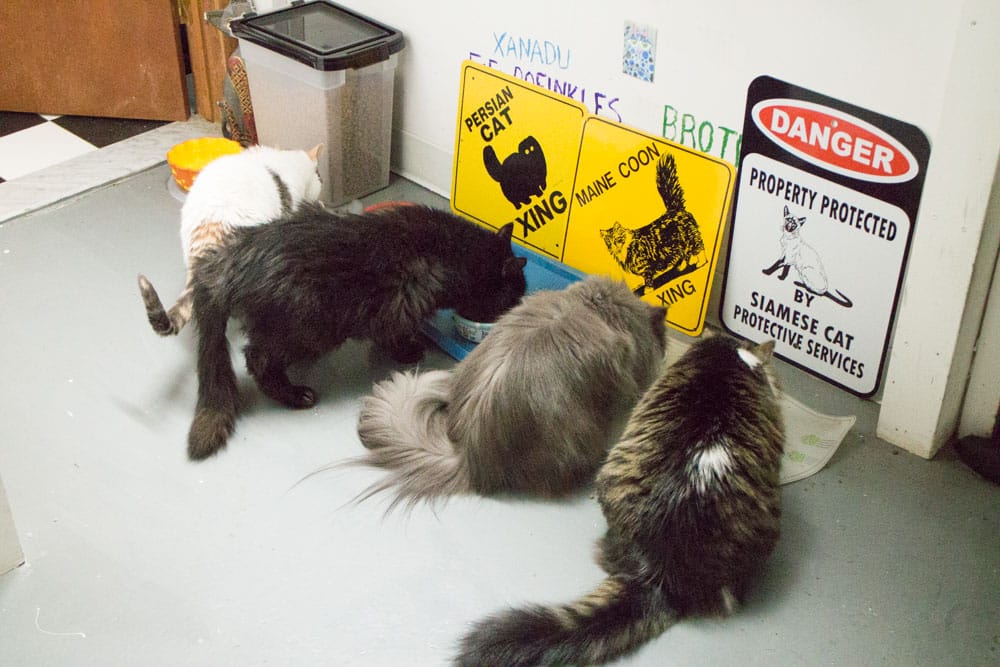 I hope you enjoyed seeing Brother Bear!  He holds a big piece of  my heart, I wish you all could  meet him!

Make your cat happy and grab some Muse Cat Food. You can find Muse at Petco. If your cat says no (I doubt it) they’ll return your money.  Visit MuseCatFood.com/clean-plate- guarantee to learn more about their Clean Plate Guarantee.