Directions on how to throw a Inside Out Party on a budget!   This provides tableware, menu, games and more!

Guys, have you seen Inside Out? Isn’t it AMAZING? Kids love it but adults really love it. When I first saw it I think there was more adults smiling in the crowd than kids.  I was one of them.

Well now it’s time to bring the fun into your home as Inside Out just came out on DVD last week!  Who’s ready for a party? 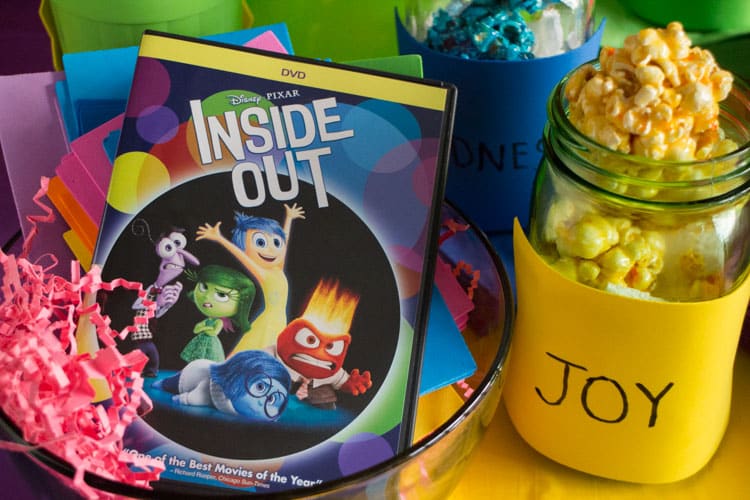 If you haven’t seen Inside Out, it’s a 3D animated film made by the always amazing Pixar.  The film is set in the mind of a young girl, Riley.  Throughout her life there are 5 emotions that try to help her out in life problems, especially when moving to a new city.  The emotions are Joy, Sadness, Fear, Anger and Disgust.  I’m not going to tell you more because you have to watch it.

How to Throw a Inside Out Party!

Because I was excited for the film to come out and I had many friends (and Matthew!) who haven’t seen it I decided to throw a rainbow filled party to celebrate the release and get everyone to think about their feelings. No, don’t worry, we’re not getting psychological deep here where we’re going to sit around and talk about our darkest hours, but instead it’s a time to celebrate joy but also totally be ok with sadness and fear too.

Supplies for a Inside Out Party

Throwing a Inside Out party is pretty easy because it’s all about color. For not much money you can have a entire party zone set up.  You want to keep in the colors of Yellow, Blue, Red, Green and Purple.

Things you’ll need:
Inside Out  DVD (to have a viewing party or to play throughout the entire party)
Inside Out Toys
Crafts section – colorful markers and paper
Streamers
Balloons
Tablecloths – to be used on tables and walls
Napkins, Plates, Cups
Food!  Have a good selection of vegetables, hand food, sweets (cake, muffins, cupcakes, popcorn balls (see below)), and then something easy like pizza or sandwiches.

Now start blowing up your balloons. Bonus points if you have a helium tank but I have to do it the old fashioned way. 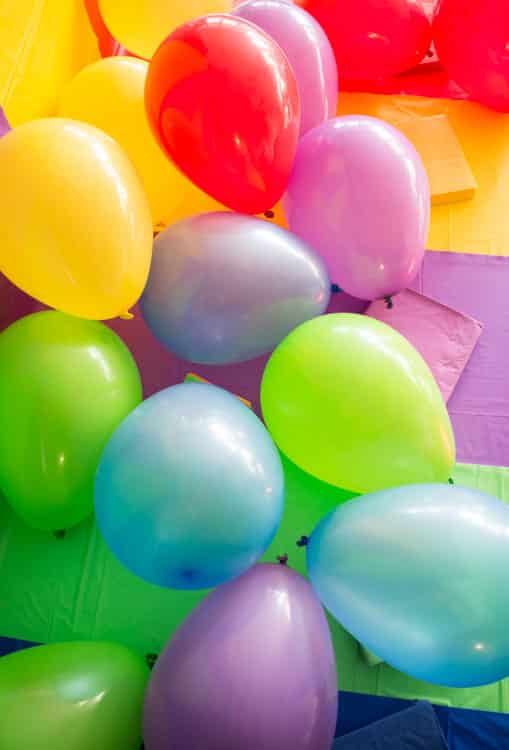 Here’s my setup.  For each feeling I made popcorn balls (recipe coming soon) that  matched the colors.  This was easily done with some food coloring. 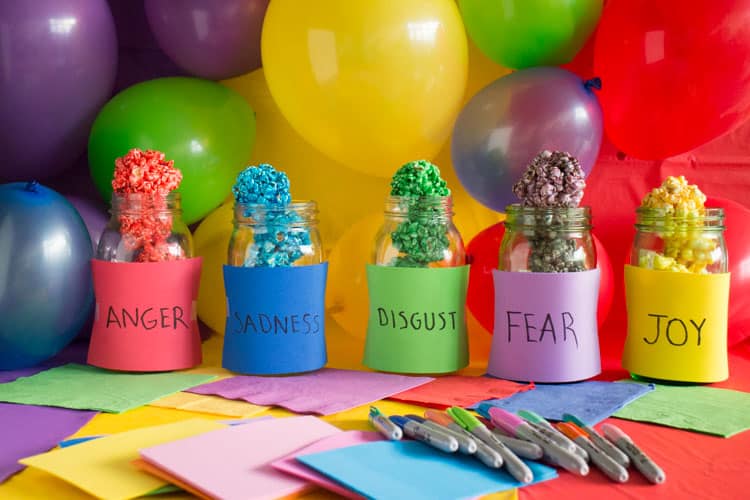 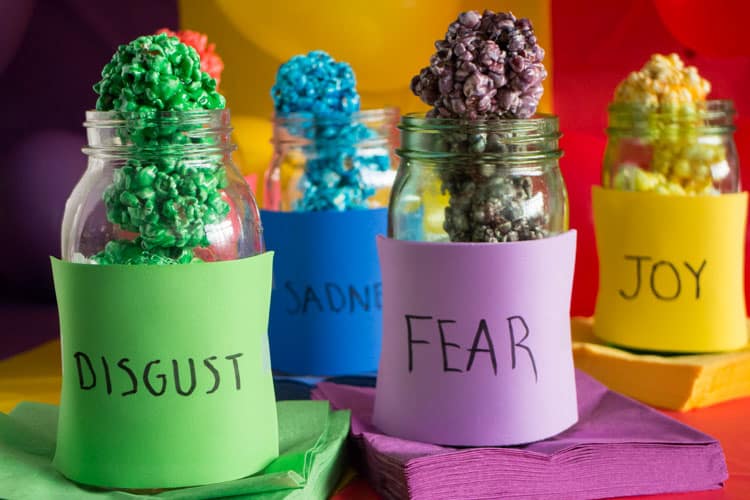 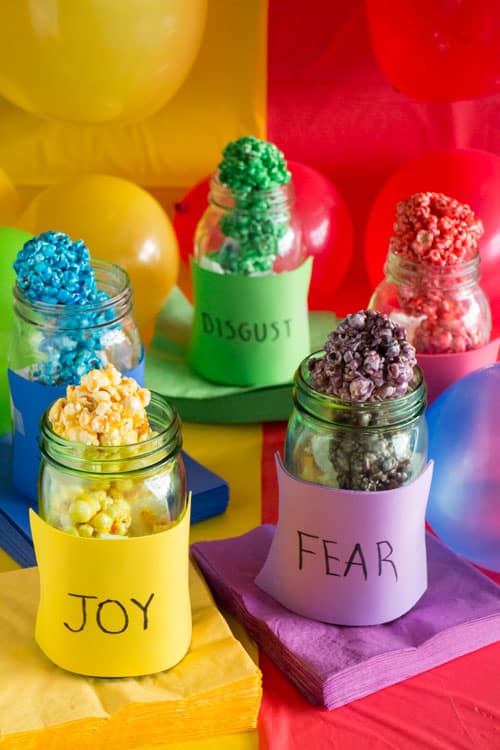 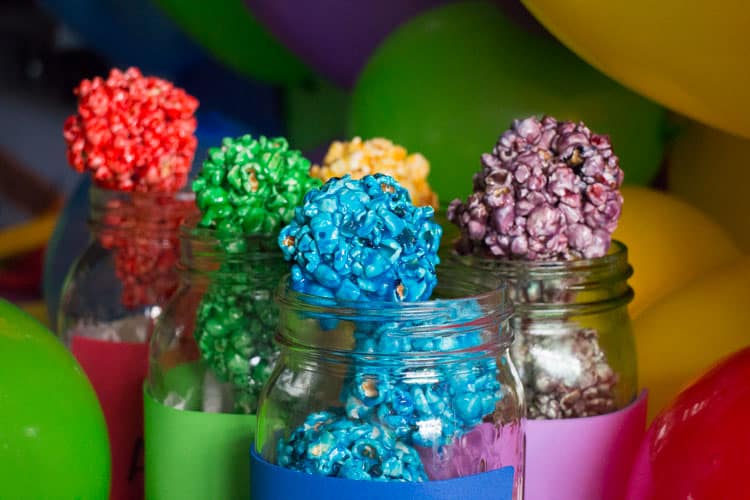 For the table, I hung up 5 plastic table cloths that were long enough to cover the table and the wall. I added balloons on the wall and around the table in general.  I also threw balloons all over our loft and in the ceiling.  The wrinkles in the table cloths are hard to get out admittingly and I’m a bit of a perfectionist so it was frustrating but then I got the anger feeling out and started to feel joy! 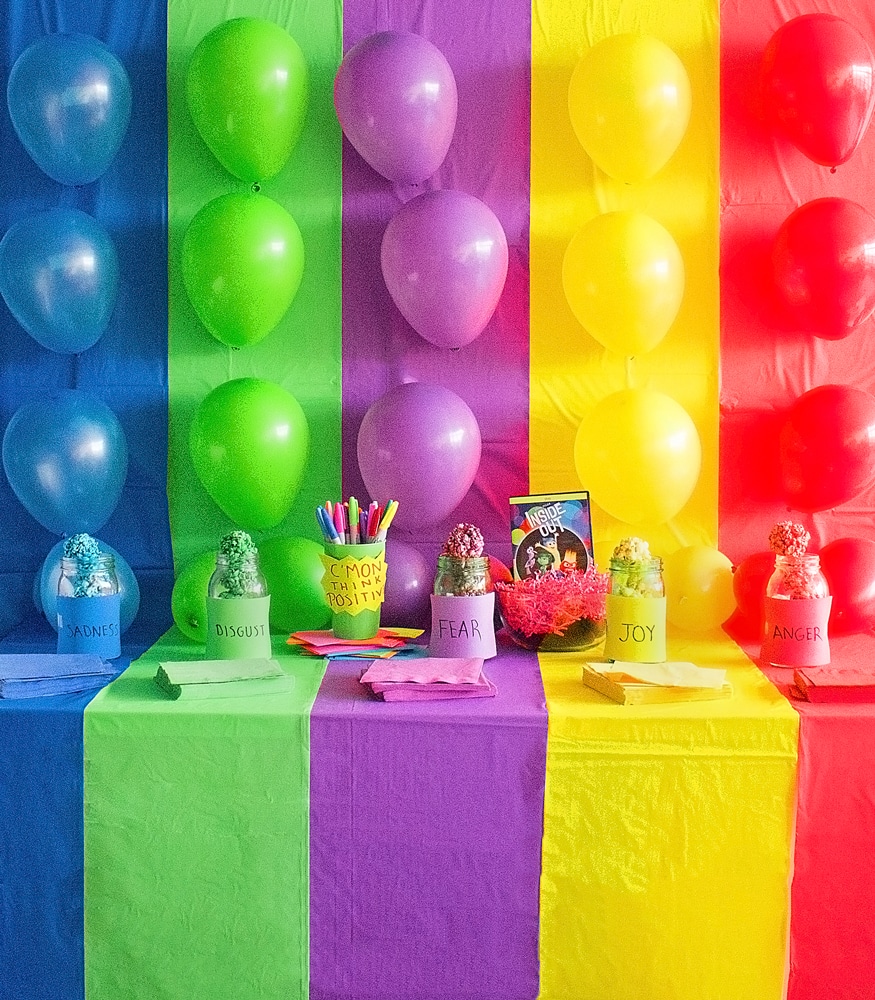 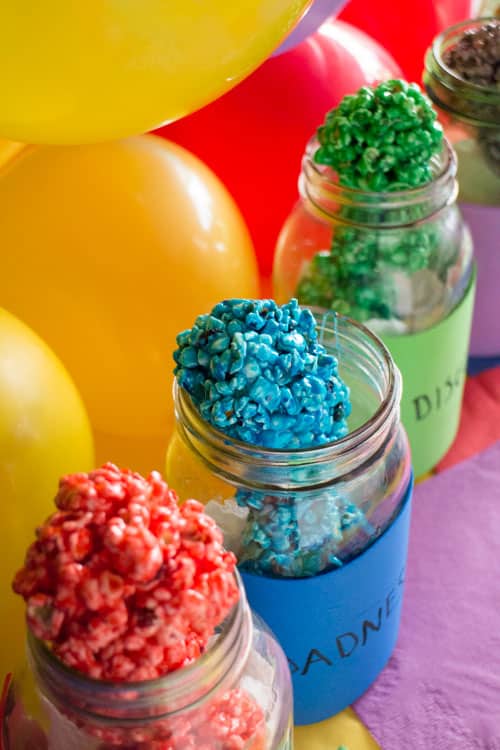 For crafts the main focus was on a cup called “C’MON THANKS POSITIVE!”.   There you had bright colored paper and markers and you had to write something good about yourself. Sometimes in life we don’t stop and think about the good that we do so stop a minute and give yourself a high 5. 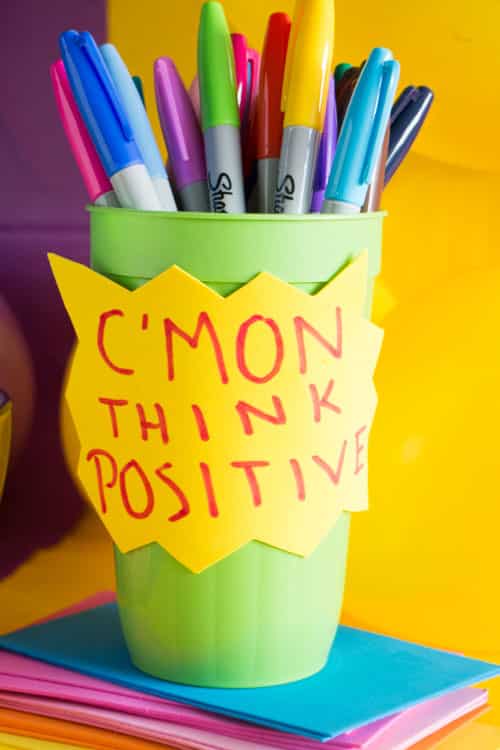 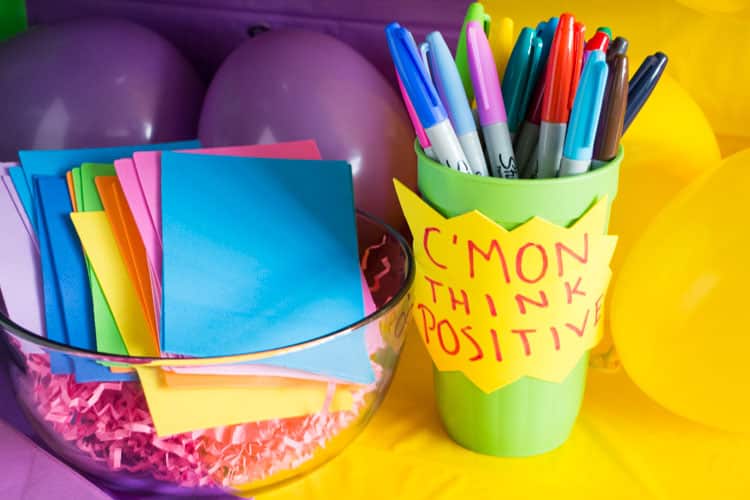 What would you write? Here was mine. 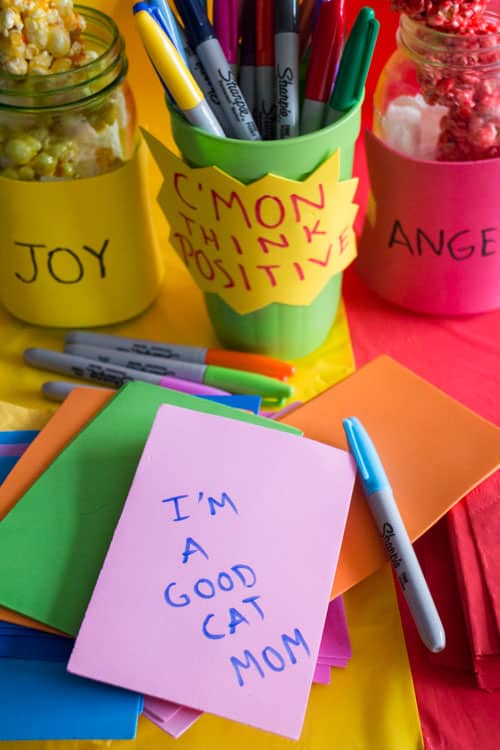 I hope these party ideas will help you throw your own Inside Out bash!  With the holidays coming up it’s the perfect time to gather for a party. 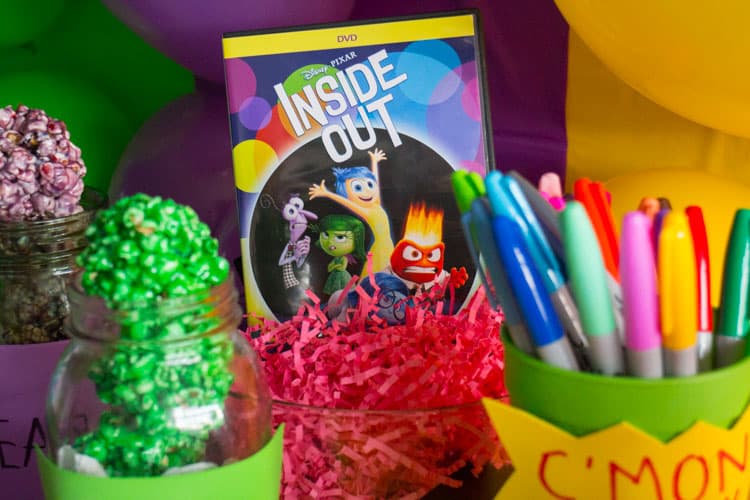 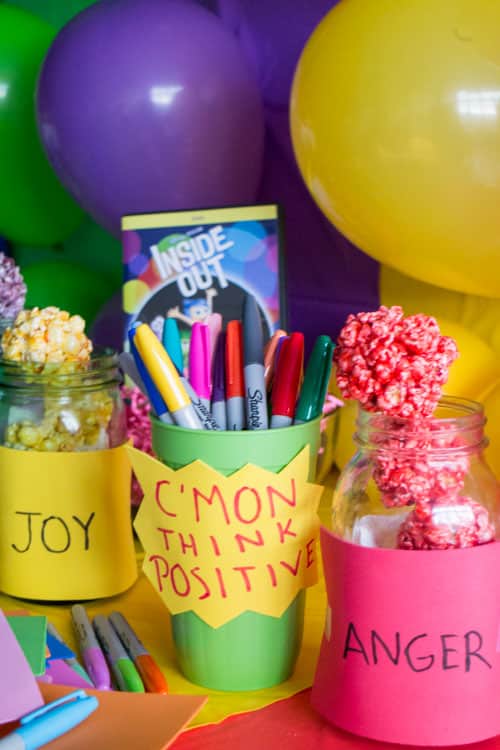 Now you know How to Throw a Inside Out Party!  Have fun everyone!