A seed was planted, the plant is getting bigger, and in July we’ll be able to harvest.  What type of plant are we growing?  A baby!  Instead of our garden, it’s growing in my belly!  Brooklyn Farm Baby is coming in July!

I’ve already shared a few revealing videos and pictures on social media but I’ve kept it completely hush hush on the blog until now.  Being half way through, now at 20 weeks, I wanted to make a post to let you know that we’ll be adding a human baby girl to our family in the Summer.   Are we excited? Yes! Are we terrified? Yes! Are we dreaming of what we’ll be able to teach her and show her? Yes!  Are we in disbelief that a hospital is actually going to let us leave with a baby in our car to take care of for the rest of our lives?  Yes!

Matthew and I have been talking seriously about adding to our family for the past 5 years.  It was always about waiting for the perfect time, but the more I sat with this and grew older the more I came to realization that no time will ever be perfect.  I’m always going to be worried.  I was worried before.  I’m worried during.  I’m going to be worried after.    So last year we started the plan into action with preparation doctor appointments and other things that you do when this is a definite planned pregnancy.    Then the fun part started, you know the part that everyone tells you is going to be romantic and great because you’re going to physically do the sexy dance that leads to a baby.  Then months pass and it’s no longer that fun.  It’s now a schedule.  It’s me texting Matthew with directions like “Ovulation is max peak, be home by 7:30 tonight because I want to go to bed early”.    Oh the romance of having a baby!

But then October came and in my head I told myself if we weren’t going to become pregnant that month, maybe we would take a few months off to decompress.   And then October 29th came and we took a pregnancy test.  It was positive.    Then I took another one.  And that one was positive too.  The day before we took a pregnancy pee strip and there was a faint line, because it could have been a false positive, we said we’d take a full pregnancy test the following day.   So that Saturday morning I woke up, peed in a cup and then waited for Matthew to wake up. By the way,  buy small plastic cups to pee into and dip your pregnancy strips/tests into them – it’s so much easier and less messy.  No pee on your hands!    When we waited the 3 minutes on October 29 and then flipped over the packaging that blocked the results screen (we like a good reveal) there it was – 2 lines.  Pregnant.  Pregnant.  Matthew stared at the screen, I’m not sure if he realized it at first.  “Holy shit.  We are pregnant” I told him.  After so many negative pee strips I think he was still used to getting a negative on every test.  “Really?” he asked.  Yup.   So I sat there on the toilet.  Matthew stood above the sink.  Toes was pacing nearby. There were 2 pregnancy tests sitting at home on our bathroom sink.  They were both positive.   This wasn’t romantic like you see in commercials and movies filled with hugs, tears, falling to my knees when we saw the positive results.  It was more of a us staring at each other, with creepy smiles, not really saying anything, but occasionally bursting into laughter.  And honestly, that is so us.   We’ve been trying to have a baby.  We want a baby.  But now that we got the positive, we were shocked.  It was a happy shock, but still a shock.

Now 4 and a half months later, we’re here with a baby girl (found out last week on our 14th anniversary!) growing in my belly.   At 20 weeks I’m completely able to feel her move and squirm around.  It’s weird. It’s beautiful.  It makes me smile.  I swear she moves more when a cat is nearby and when she hears her Dad talks.   She especially loves to stretch out after dinner.   Matthew isn’t able to feel her yet but that doesn’t prevent him from shining a flashlight at my belly to see if we can get her to dance on demand (hours of entertainment).

Life hasn’t changed much. My first trimester was so easy I was worried there was something wrong because I wasn’t sick once (I got really lucky).  Lately, I’m more and more hungry.   I’ve eaten a peanut butter sandwich in the middle of the night, in bed, under the covers, with my eye mask on.   I spend a few nights a week now at prenatal yoga classes surrounded by beautiful women with growing bellies.  My belly isn’t much yet, but it’s definitely expanded in the past 2 weeks.   We are building a nursery/bedroom in our apartment.  I am obsessed with Googling stupid baby questions.   We bought the baby a couple printed onesies.  We also bought a quilt that is so cute I’m going to have a hard time parting with it myself.  The cats all know I’m pregnant.   Xanadu is super protective, she’s like a Secret Service Agent with my belly from morning to night.  Oh, and baby girl has a name too.  But that’s a secret. 🙂

So that’s our story right now.  I’m not sure how or what I’m going to post about with the baby.  The blog’s focus is still gardening and recipes, but you’re going to see more baby posts because it’s too exciting not to share.  We are still going to have a garden this year (although Matthew will be doing more manual labor and I’ll be set up under a umbrella, drinking seltzer water, giving bossy directions) so look forward to those posts.  Look forward to new recipes coming soon (scones! scones! scones!).  But also look forward to baby posts like I’m obsessed with gray cribs,  practicing swaddling with my cats, and what bouncer seat is the best when baby won’t stop crying and Mom feels like she’s going to have a nervous breakdown (coming August 2017 probably).

I’ll leave you with some gardening baby size comparisons to enjoy. 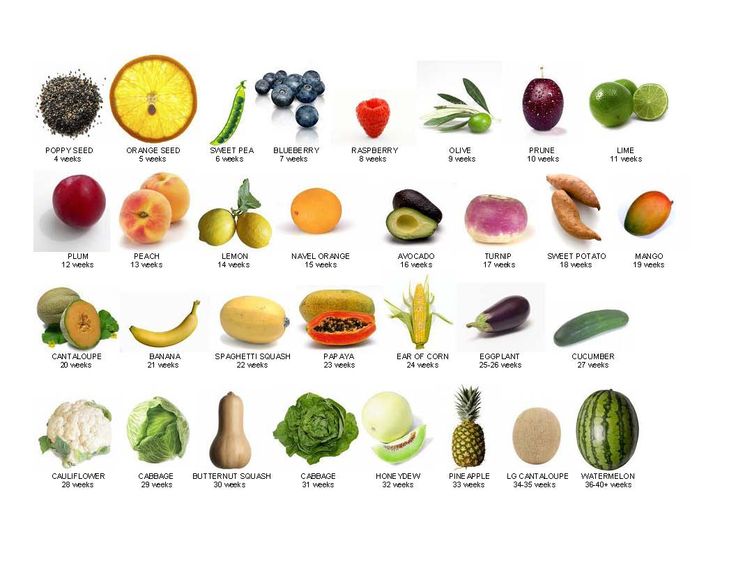