“Hot or cold? Swedish meatballs or chicken salad” asks Betty Draper when Don comes home late from work one evening.  Don chooses the chicken salad, but in my opinion he misses out. Betty’s Swedish Meatballs are where the magic is at.

If you’re reading this and wondering who Betty Draper or Don it, let me grab you for a quick hug and tell you what you’re missing out on.   The Drapers (or previously were – no spoilers!) are 2 of the main characters on the hit show Mad Men which I’ve been obsessed with since the beginning.   On Sunday night they will air the first episode from the final season – weep weep.   If you’re a Mad Men fan, do you have predictions?  How’s it going to end?  How’s Don going to end up?  Are you rooting for him?  Do you think Don Draper is amazingly sexy no matter what horrible things he does?  Me too, I can’t help it.  Smoking, drinking, overtly sexual, heart breaker, etc. “Don Draper cheats on his wife, never does any housework, hardly spends time with his kids—he shouldn’t be sexy, but he is.”    All the things that your mother told you to stay way from.  Except with Don he chases you in and you’re like “Ok”. Why do you have to be so complicated Mr. Draper?

I’m rooting for Don.  He’s living the American dream that he’s earned since his not so great upbringings.  I’m not sure if he’ll ever be able to get rid of the demons in his closet, but I hope we get some clarity for him. After all, this is the guy who pitched the Kodak Carousel, one of the greatest memories of the show.

Now back to Betty Draper, or Betty Francis if you want to be official.  Betty’s Nordic heritage might mean she knows a few things about Swedish meatballs so in this recipe we’re celebrating the Drapers and Mad Men.     These Swedish Meatballs are covered in a delicious cream based sauce that will have you licking your plate.  Serve them over some egg noodles, with some mashed potatoes on the side and you have the perfect dinner! 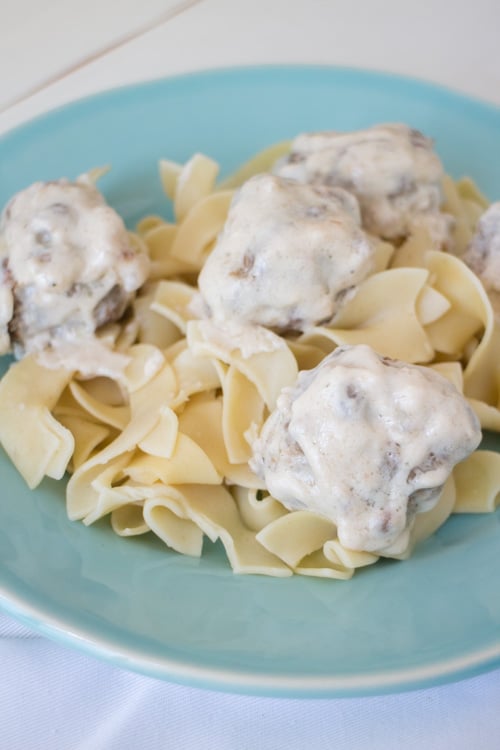 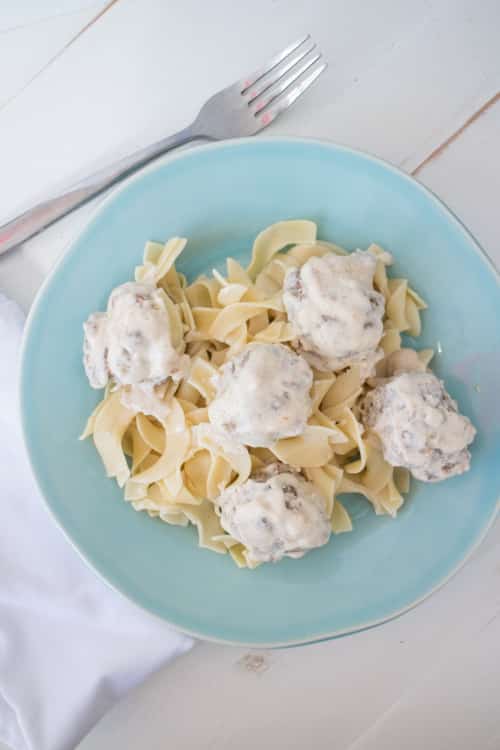 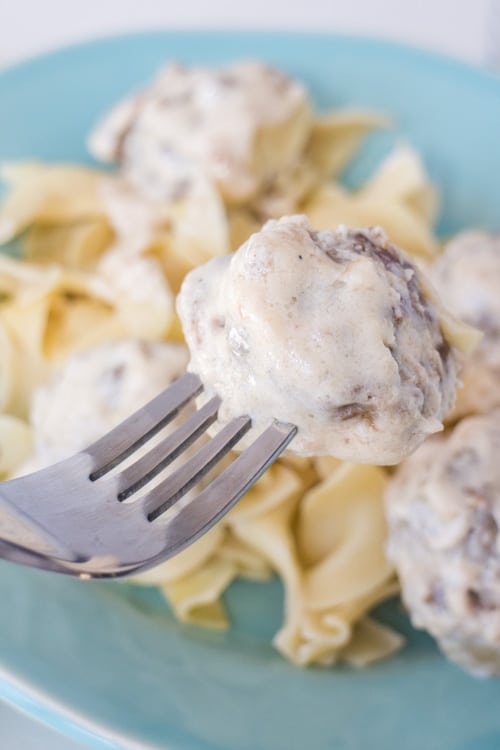 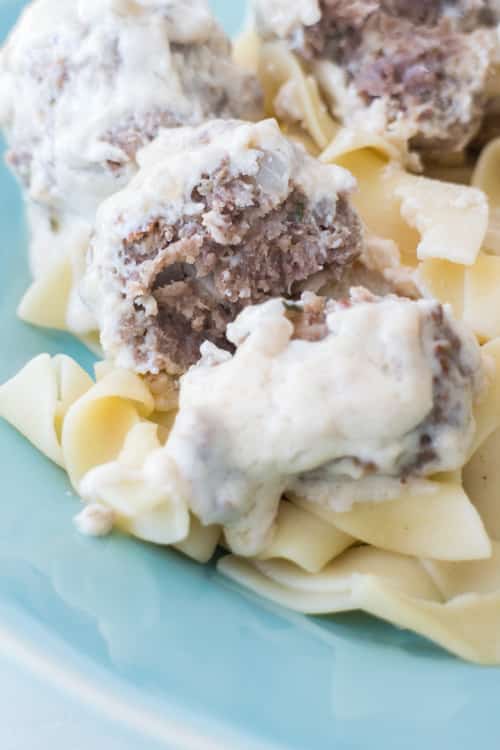 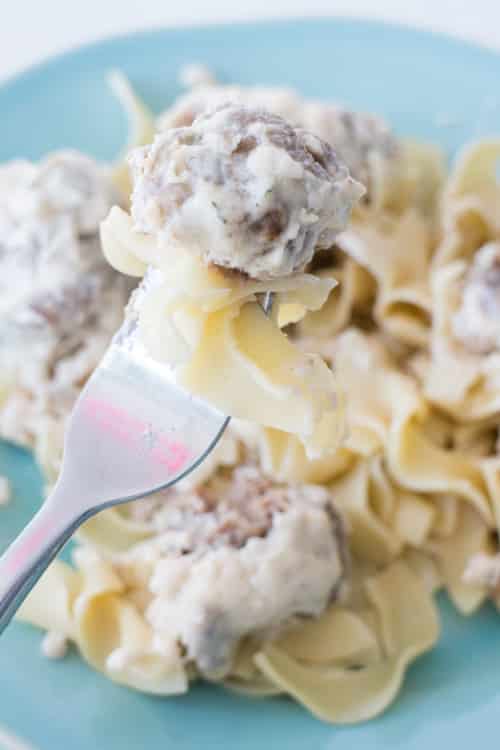 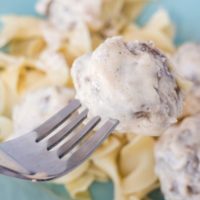 Serve these over egg noodles for dinner.
Did you make this?I love seeing what you’ve made! Tag me on Instagram at @BrooklynFarmGirl and don’t forget to leave a comment & rating below.