I hope everyone is doing great!  It’s been ages since I did a weekly catch up post, but I thought I’d try to start doing this again.  This gives a glimpse on what’s happening during my week, but let’s be honest, it’ll mostly be food, and pictures of Enceladus (or pictures of Encealdus’s food!).

Last week we headed to Los Angeles for Reed + Rader work, and while we were there we had a few days to explore with Enceladus.   We went to playgrounds, ate lots of tacos, went on a date without baby (it involved tacos too),  had a video shoot and much more.

The flight to Los Angeles was kinda terrible.  Flying with a toddler is hit or miss, and she was pretty finished with the flight while we flew over the Midwest.   She was happy when we finally landed and got to stretch her legs.  I was also happy to get off the plane so we could get her in a better mood. 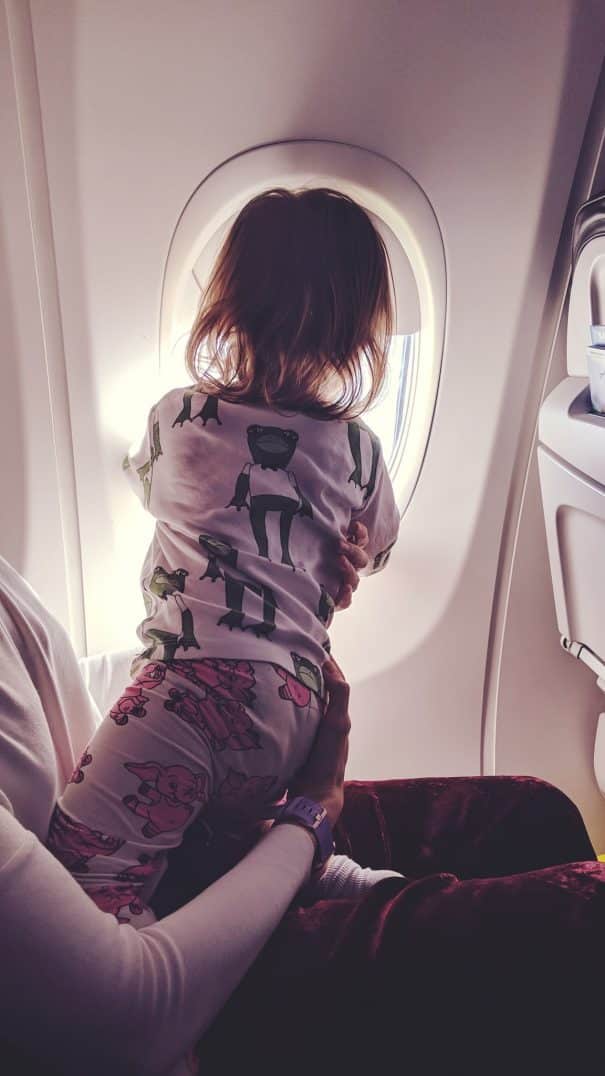 After we picked up our rental car, we first stopped at the grocery store.  When we travel, we try to still cook dinner every night.  Cooking our own food saves us money, and prevents extra calories with takeout.  Plus, we try to keep Enceladus on a regular food schedule so her meals stay pretty consistent.

Los Angeles is a car city, so while we were grocery shopping, Enceladus even drove around. 😉
Also, this was my first time in a Vons grocery store! 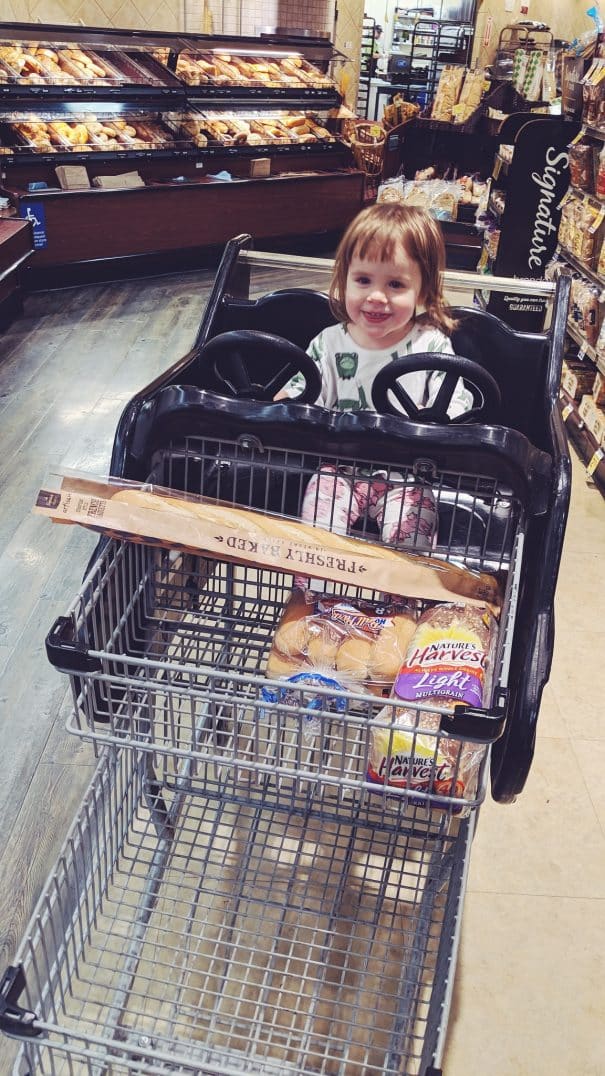 I am used to sunny Los Angeles, so surprisingly it rained most of the time while we were there.  Thankfully we did have a few hours each day where the sun came out so we could escape to the playground or park.   Here’s my picture I take every time I’m in Los Angeles because I’m always in awe of those giant palm trees. 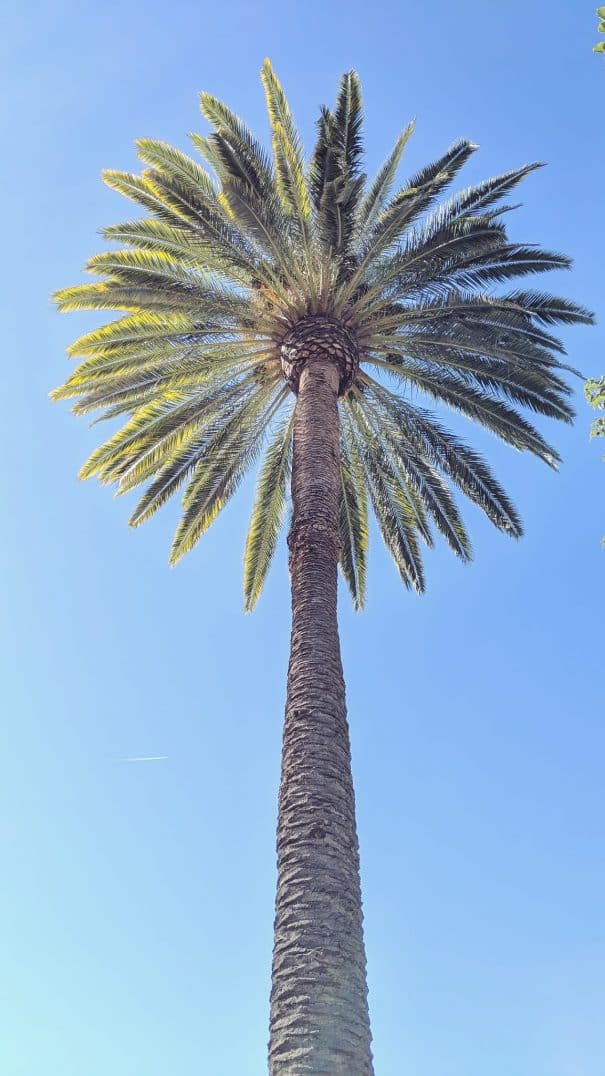 She’s a big fan of working off energy at the playground, so we visited multiple playgrounds while there. We also got to meet up with one of our NYC friends who moved to LA who has a son around her age.  It was nice to see them run around the playground…. and of course, there’s always plenty of swing action! 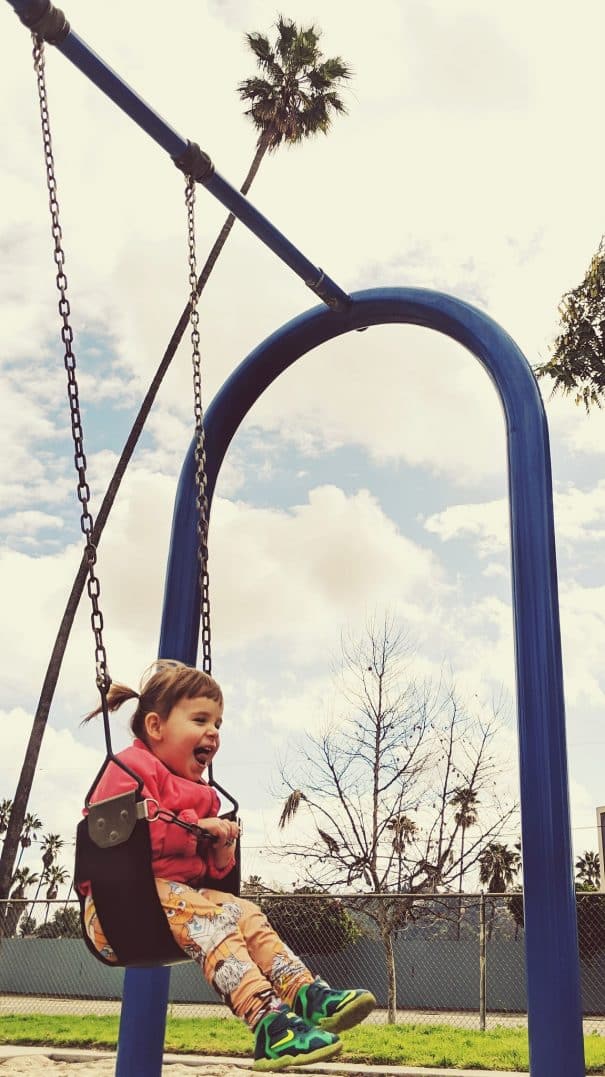 While it was raining I found a indoor playground called Wiggle & Work which she loved! 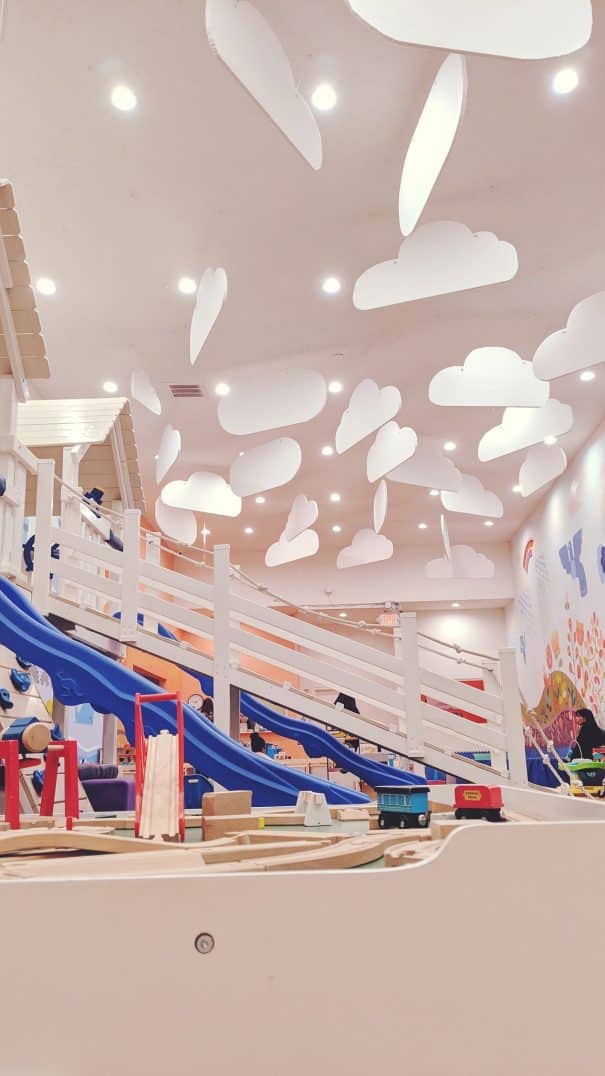 She loved the ball pit, going down the slide, and shopping for groceries with her little cart. 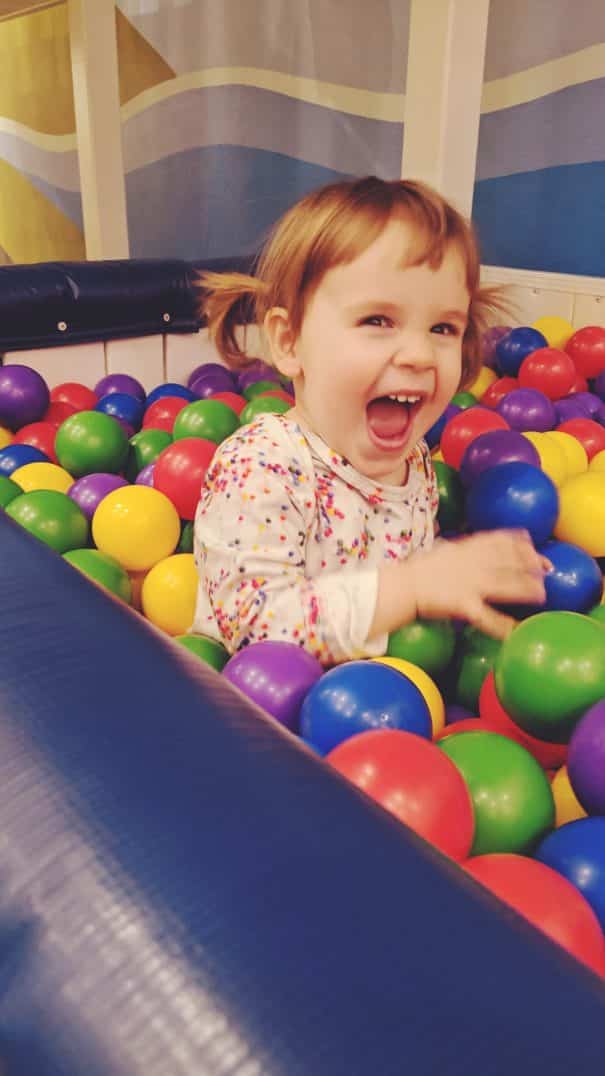 Prior to the rain hitting that day, we stopped by HomeState which makes some pretty amazing breakfast tacos. I love breakfast tacos, so I can’t wait to go back for more (still kicking myself for only ordering 2!).

Here’s my family, bright and early at 8AM, eating our breakfast tacos on Hollywood Boulevard. 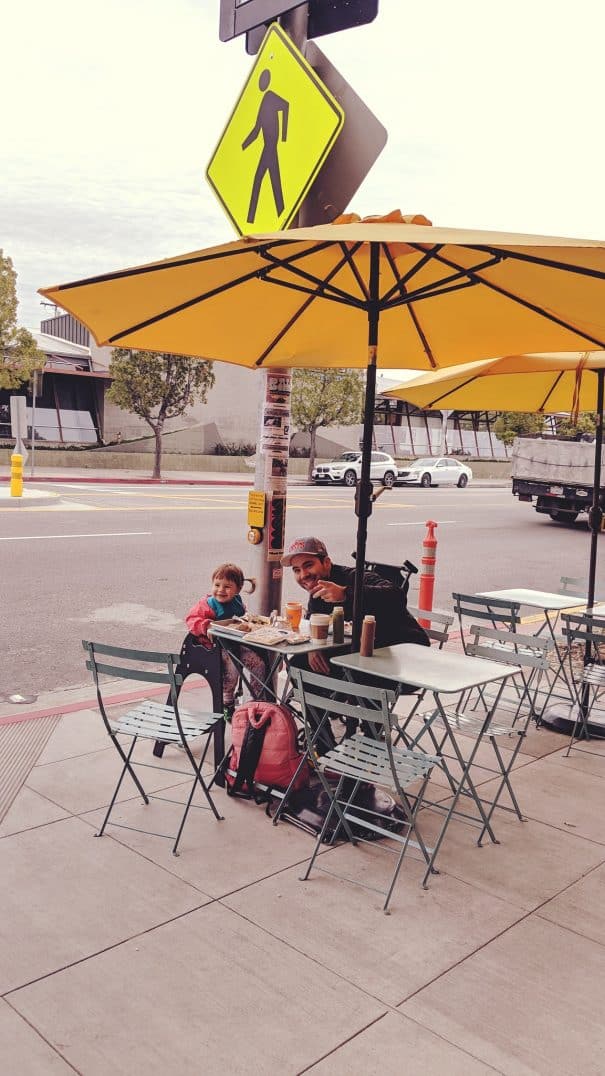 Enceladus loves her tacos too – especially when they filled with eggs and cheese! 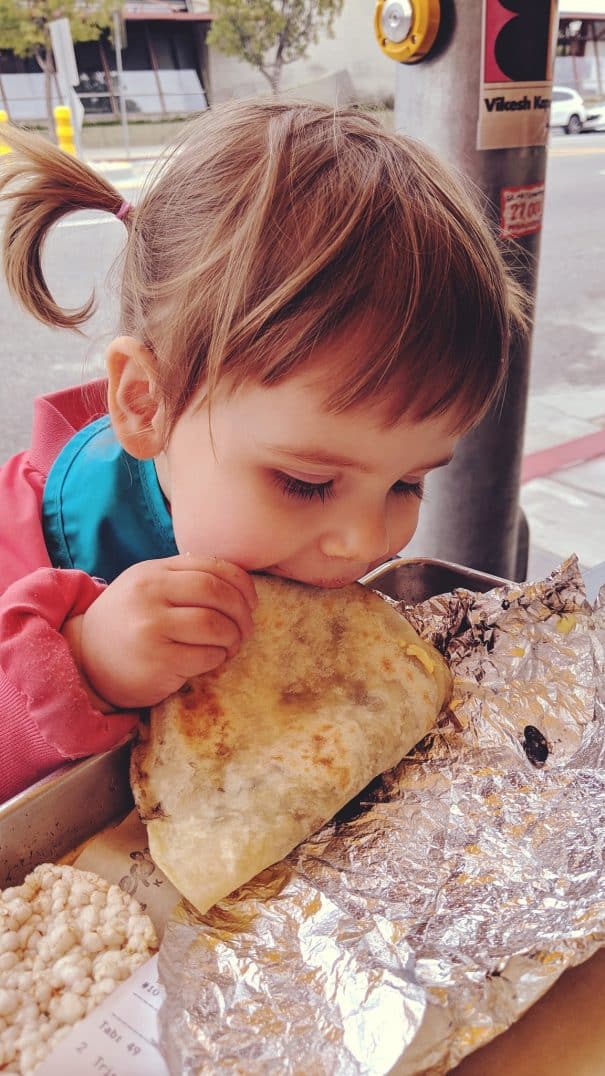 We were in Los Angeles for a video shoot (more about that in another post), so we stopped by the studio with Enceladus for a meeting.    This was our anniversary (16 years together!) so we took a quick family photo on the greenscreen together.  She LOVED running around the studio! 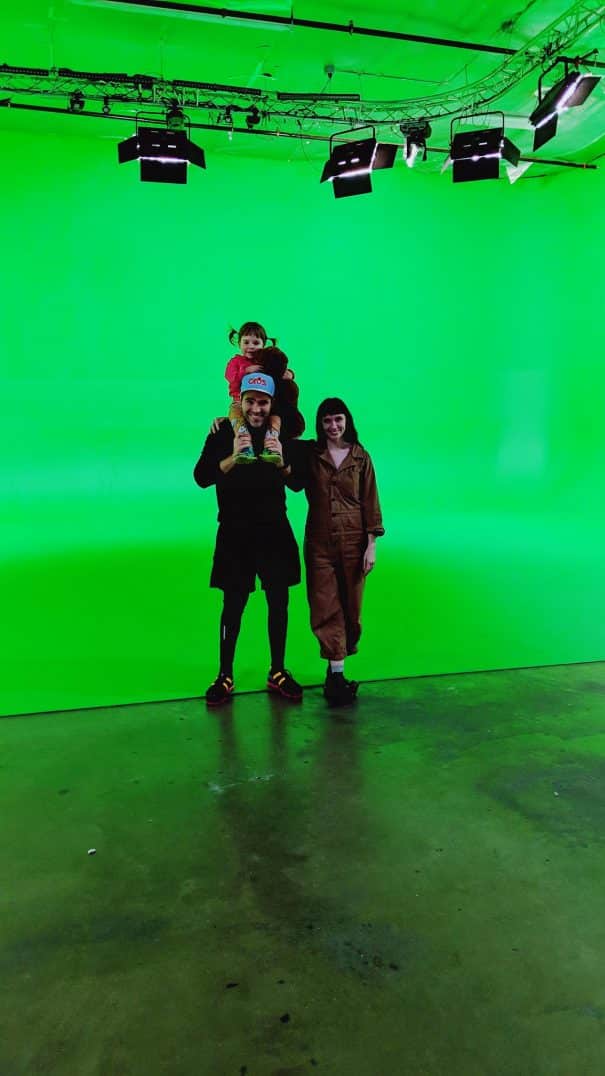 The shoot went well, and we’re excited to see it all come together.  Now that we’re back in NYC we’ll be spending the next month not leaving our computers and bringing it all together.    Here’s a picture of us on set, near the end of the day. 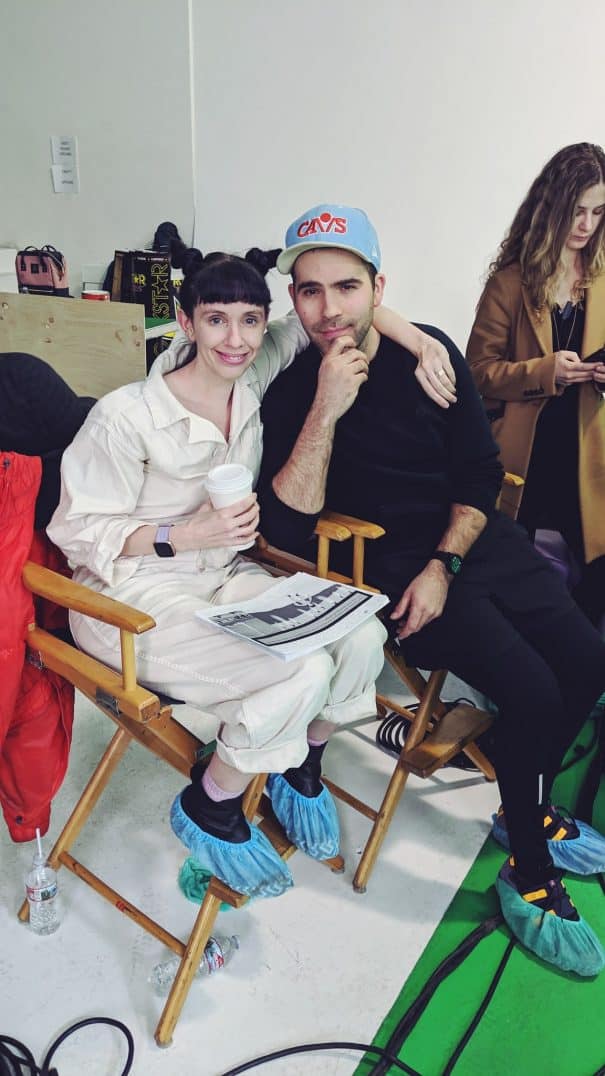 On our anniversary night, we decided to get a babysitter and do a rare date night. I can’t remember the last time we went on a date by ourselves!  We have a love for Mexican food so we walked to Casita del Campo where we got ourselves a delicious dinner! I ordered Pancho Villa which was a combo of cheese enchilada, beef taco, and chile relleno.  It was so good!

I’m glad we walked there so we could walk off some of this food on the way back! 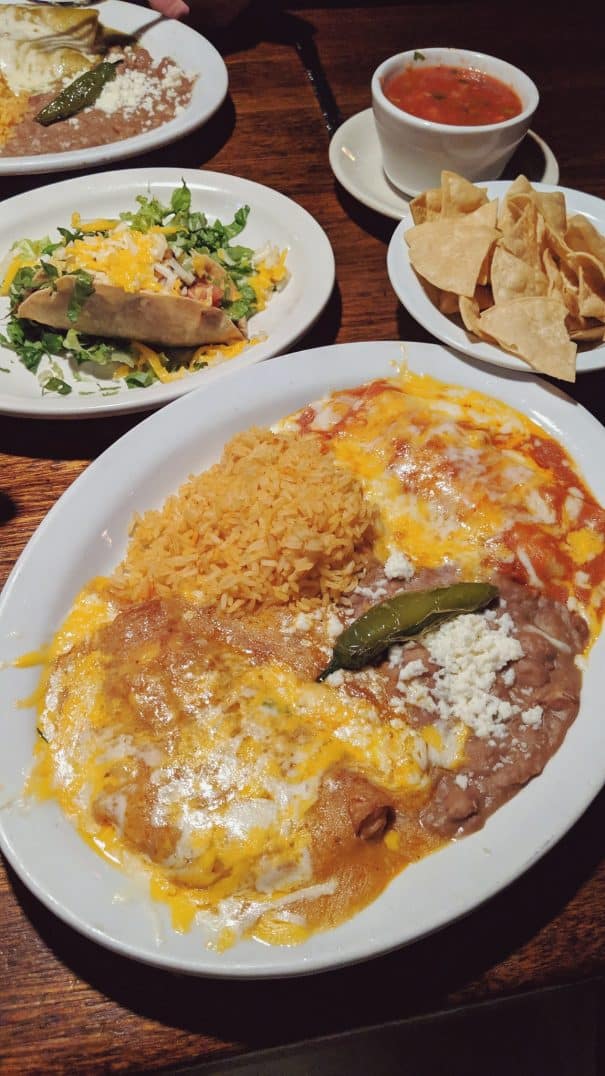 While in LA we promised Enceladus we would get some ice cream, and she remembered, so we had to hold up to our end of the bargain.  Encealdus loves ice cream (she refers to is as “ho ho” which I have no idea why) so we split a cup of Sweetened Cream and Malted Milk Chocolate soft serve with rainbow sprinkles from Magpies.

She was really excited for her ho ho! 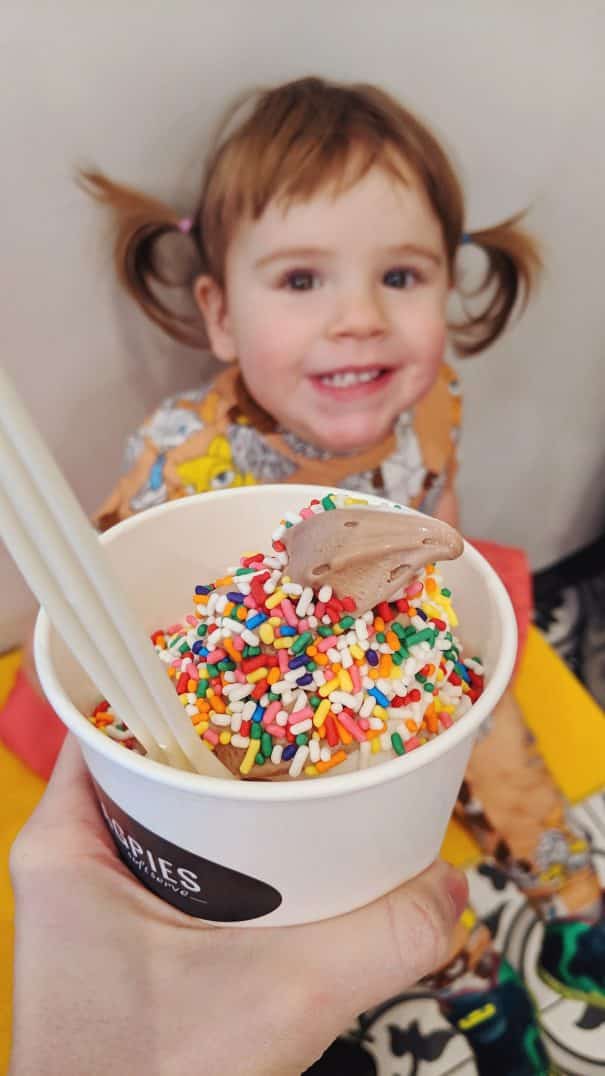 Ok, a few more food photos, because after all, Brooklyn Farm Girl is all about food.

We have lots of friends who have moved from NYC to LA, so it’s always nice to see a couple when visiting!  We had some friends stop by while Encealdus was napping to have lunch with us.  Tacos! 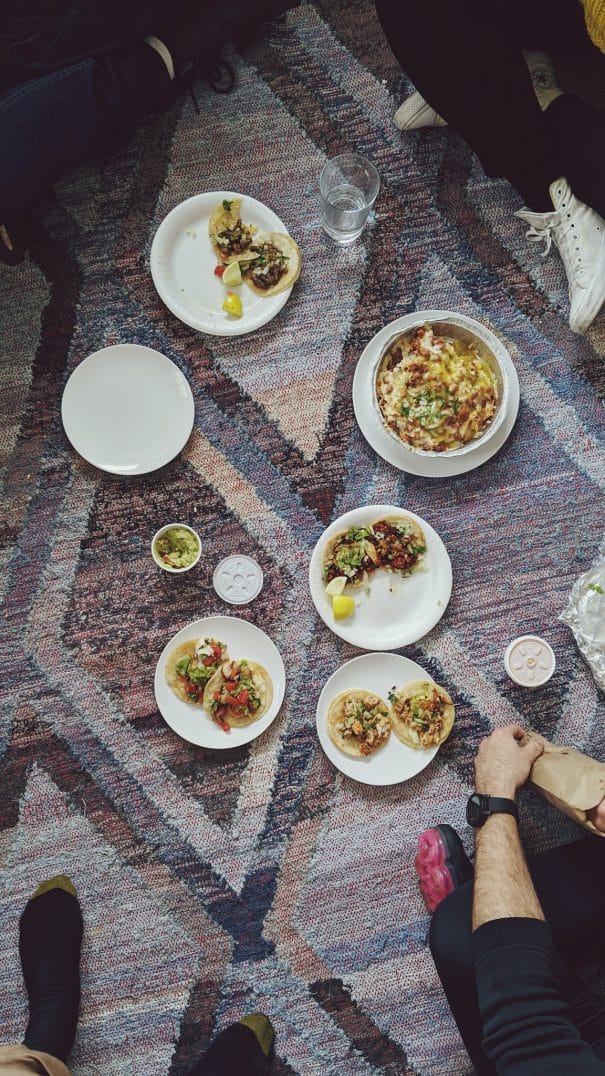 These friends really get me, because they also brought over donuts from Sidecar Donuts in Santa Monica.  These were some delicious donuts! 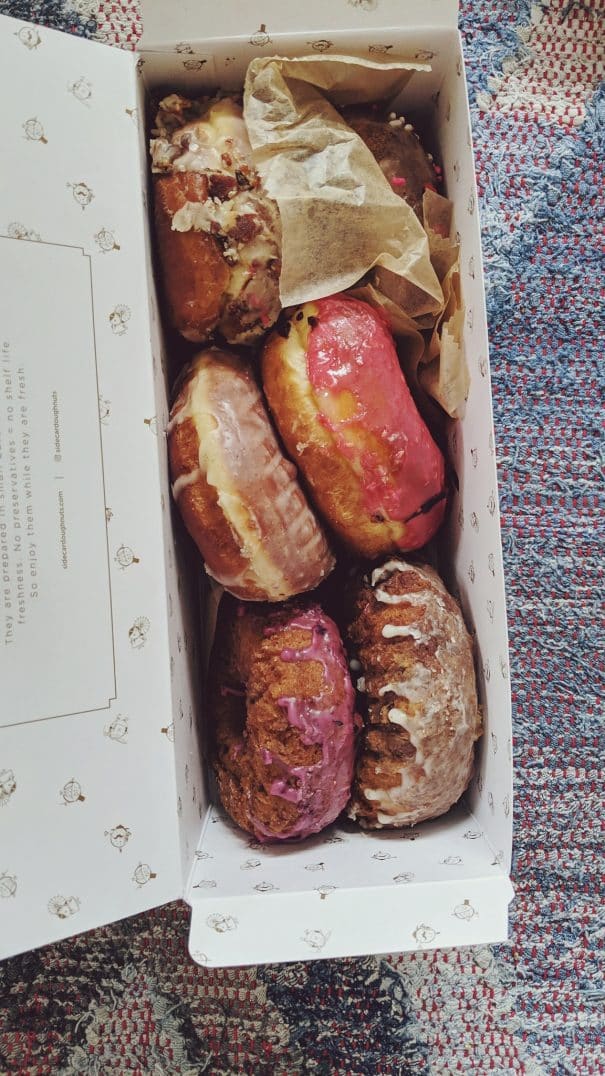 It was nice to have some family time together between busy projects!   It was a fun trip to Los Angeles, but I’m happy to be back in NYC! 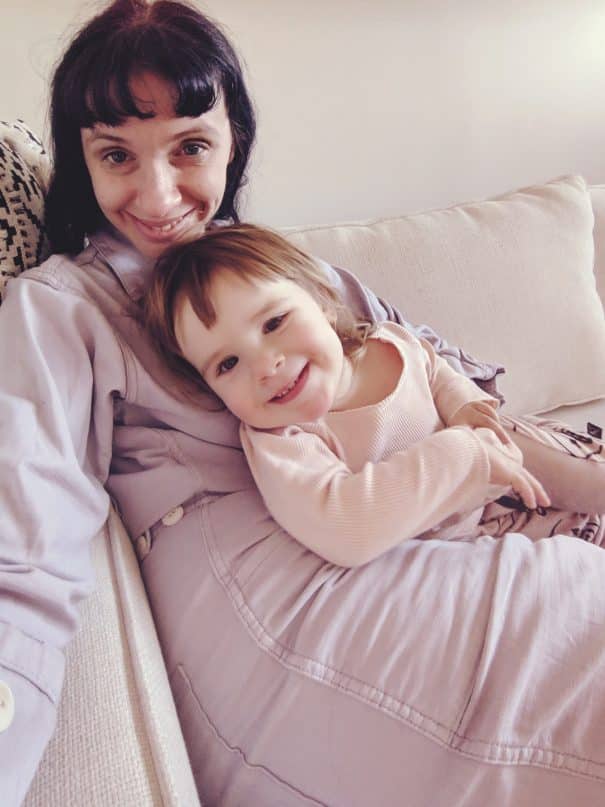 Have a great weekend everyone, and I’ll talk to you next week!